By the time you read this, Independence Day 2019 may have come and gone.  Nevertheless, the real fireworks in the Gold and Silver market seem yet to come.  It’s as if we are in a period of time compression, with many of the trends previously discussed moving faster together simultaneously, propelling the metals to new heights in the coming months.  While it has been a good year so far for precious metals, we believe the best is yet to come.  So far we have seen Gold and Platinum operate in the neighborhood of where we suspected they would when writing projections for 2019.  Silver has some catching up to do, while Palladium has surprised to the upside.  As always, the big question is where do we go from here?  Platinum continues to offer good long-term value, whereas Palladium currently seems overpriced.  Over the next year we believe $1,600 Gold and $18.50 Silver are in view, for the following reasons.

It seems all but certain that the Federal Reserve will soon be pressured to lower interest rates again, according to our friends that recently retired from there.  This will act as a relief valve for the US Dollar, allowing it to deflate somewhat when compared to precious metals.  Some make the point that Gold stays the same - it is the Dollar that moves up and down.  Either way, lower interest rates tend to act as a tail wind for precious metals prices, causing them to gain altitude.  This is because higher interest rates sometimes offer greater competition for Gold, offering an alternative way for investors to battle the ravages of inflation.  Recently however,  even with interest rates rising more than they have in over a decade, Gold and Silver prices have shown amazing strength and resilience.  Lower interest rates will likely magnify that strength, elevating the metals ever higher.

We have written earlier about the tendency of the United States to over-apply the tool of “sanctions”, which over time reduces our economic influence in the world.  This is because the targets of our sanctions eventually find a way around using the Dollar and Dollar-based financial systems to conduct trade.  Over the weekend it was made public that now even our allies are beginning to conduct trade outside the realm of the Dollar.  “Instex” is the name of a new trading system put into place by our European allies, that will allow them to conduct trade with Iran, largely out of the influence or control of US sanctions.  China and Russia also have developed their own trading mechanisms, which allow them to trade in their own currencies for energy and other commodities.  The “SWIFT” system developed by the United States used to be nearly the sole arbiter of global trade, but that role has been diminished in many regions worldwide.

While technology is part of what is enabling new trading systems to develop, Gold is also playing a significant role.  In cases like Venezuela, Turkey, and Iran, Gold has been used to conduct trade in a way that is hard to track, outside of the realm of any technology-based trading system.  In other cases such as China, Russia, and various oil producing nations, Gold is used in conjunction with technology-based trading mechanisms to facilitate economic trade.  China has started using “CIPS” to trade it’s own currency for goods and services worldwide.  China has also begun to offer a Yuan-based oil contract, which can be converted into Gold, for those who do not wish to accumulate Yuan.  Russia also uses the “CIPS” system for international trade, as well as it’s own “SPFS” system for domestic purposes.  All these alternative systems, including Gold,  drain resources (and demand) away from SWIFT, and the Dollar-based universe.

As we warned about previously, real estate in many regions of the United States and the world were in danger of falling, with Gold and Silver being a likely beneficiary.  In the 16-most expensive real estate markets in the US, prices have fallen in 13 of these markets.  Some have dropped as much as 22% from their recent peaks.  Officials in California are beginning to panic, as there seems to be a trend of employed people leaving the state in increasing numbers, helping spur the drop in real estate prices there.  California currently has 10% of the national population, and 25% of the homeless population.  When taxpayers leave an area, pressure is added to those that remain. 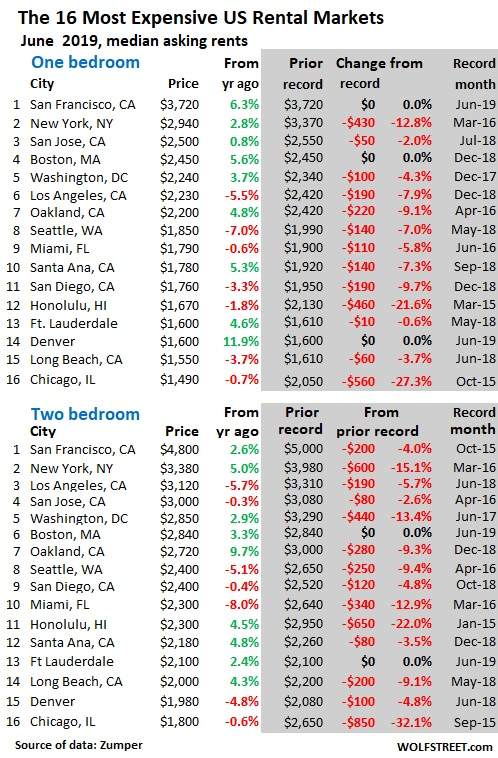 Chicago is also having trouble paying its bills, and is looking for a bailout.  The new mayor recently asked the state to take over Chicago’s pension obligations, thereby saddling residents statewide with extra taxes for services they never received.  Illinois itself, as well as other states, are also on the brink of bankruptcy, and looking to the federal government to bail them out.

Against this backdrop of fiscal brokenness in some parts of the United States,  there are similar time bombs ticking on the balance sheets of US corporations.  Many whose debt is rated BBB, is at risk of being lowered to junk-bond status with the next economic hiccup.  Some believe a recession is just ahead, after seeing what is going on in the automotive sector recently.  With a stock market showing signs of topping, it is better to get out a few months early, than a couple days too late.  Precious metals, like most things, rarely go up in a straight line.  There can always be fits and starts even in the most powerful rally.  But most other markets (equities, bonds, real estate, etc) appear to be sputtering out near the top of their cycles.

What does all this have to do with Gold, Silver, and precious metals?  Plenty.  Some of the resources sitting in all these other things that are beginning to have trouble, are looking for somewhere else to go.  Unless you are looking to jump from the frying pan into the fire, precious metals currently seem to offer relative safety with plenty of growth potential in the current climate, and in the days ahead.  While Silver has some catching up to do in regards to Gold, we believe it will continue to climb after eclipsing Gold’s return on a percentage basis.  Looking a year into the future, we believe Gold can reach $1,600 in Dollar terms (from near $1,400 today), a rise of 14%.  It is also reasonable to see Silver at $18.50 from it’s current $15.30, which is a further rise of 21% in the near term, with further gains likely when extended out 2-3 years from now.