Gold in the Age of Inflation 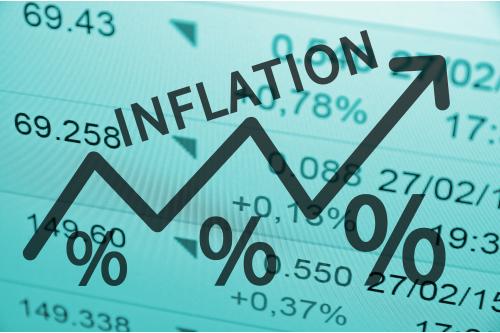 Gold in the Age of Inflation

Modern society recognizes paper as the form of money that drives our economy. While paper itself is worth very little, it was once backed by a government promise to exchange it for a fixed amount of gold or silver held in its reserves. Today there is no limit to the amount of money the Federal Reserve can create. As money is continuously printed and the rate of Gross Domestic Product remains stagnant, the price of the dollar loses value. While the value of the dollar decreases, the price of gold increases, as it requires an increasing number of devalued dollars to purchase it. With a couple exceptions, the U.S. has experienced a steady rate of inflation over the past century. While the average annual increase is 5 percent or less, there have been periods of hyperinflation, such as the “Great Inflation” of the late 1960s through 1982, when increases peaked at 14 percent. While there’s no debate among professionals about the direct cause of the episode – the excessive money-creating policies of the Federal Reserve – there are several important factors that contributed to this period of inflation, including the separation of gold from the U.S. dollar. [caption id="attachment_7981" align="alignnone" width="300"]

Gold with the U.S. dollar[/caption] After World War II, several nations came together to establish a global monetary system under the Bretton Woods agreement. But the agreement had several flaws from its onset, and domestic interests often favored inflation. Temporarily balanced by a shortfall in payments, the demand for the U.S. dollar grew with the rise of global trade, as more foreign banks accumulated dollar reserves. Eventually, the dollar stock abroad exceeded the U.S. gold reserve, and Richard Nixon halted the exchange of gold for U.S. dollars by foreign banks in 1971. Since the abandonment of the gold standard, common mainstream belief has held that moderate increases in paper money are harmless, even beneficial to economic performance. In fact, the Federal Reserve benchmarks economic growth and price stability at zero to 2 percent annual inflation. Meanwhile, modern economists argue that inflation is not able to be contained, and even if it did subside, the engine of economic expansion we’ve seen in the Age of Affluence is now largely spent. Macroeconomic strategists predict the massive money printing period following the Great Recession of the 2000s will soon be followed by hyperinflation. Skeptics of hyperinflation argue that even though the Fed has increased the money supply in the U.S. by over 400 percent since 2008, inflation has remained fairly low. Indeed, there has been more money printing in the past 5 years than any other period in U.S. history, but there are several factors that may have offset or delayed dangerous inflation. For one, Ben Bernanke and several other well-known economists observed that 2 years is the natural lag time between money printing and inflation. It’s also prudent to point out the methods for calculating the Consumer Price Index, the government’s metric for inflation, haven’t been altered in decades, and results are often underreported. [caption id="attachment_7978" align="alignnone" width="300"]

Business graph with arrows tending downwards[/caption] The practice of controlling inflation is not predictable, nor does it come without pain points. History shows us that it requires periodic recessions to off-set wage and price increases. When public pressure builds during economic slumps, the Federal Reserve can respond too eagerly, as they did in the 1970s and 2000s. Economist Thomas Mayer argues that a money injecting system is “bound to generate larger and larger crises and is likely to end in total collapse.” Indeed, the Federal Reserve’s controversial policy of quantitative easing, combined with the European debt crisis, and rebalancing of the Chinese economy all pose great risks of imminent hyperinflation. While fiat is only backed by a government’s promise, society just may turn back to history and establish another gold standard, setting the stage for renewed monetary value in a modern world.
Posted in: Investing
Did you like this post?
0
0
Search The Blog
Categories
Recent Posts