Fort Knox: A Depository of Gold or Secrets? 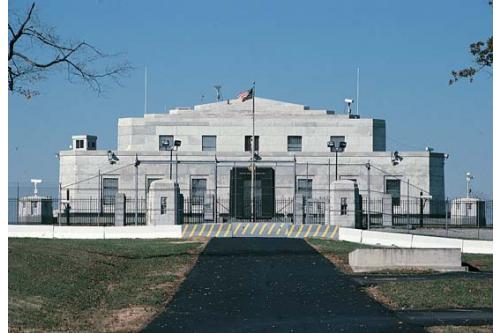 Fort Knox: A Depository of Gold or Secrets?

Fort Knox is the commonly used name for the U.S. Bullion Depository located next to the U.S. Army base, whose actual name is Fort Knox.

How Much Gold Is In Fort Knox?

Said to have the most secure vault in the world, Fort Knox is reported to be the home of 147.3 million ounces of gold. Depending on the spot price of gold at the time you read this, the value of the gold inside Fort Knox is estimated to be worth approximately $185 to $190 billion.

The type of gold inside the U.S. Bullion Depository ranges from large amounts of gold bars, gold coins and a variety of rare coins, including at least ten legendary 1933 Double Eagle coins.

What Is In Fort Knox?

While the depository is famous for holding the world's largest hoard of gold, Fort Knox has also been home to many other treasures. Here are four items that have been stored inside Fort Knox.

During World War II, one of four copies of the Magna Carta was held at Fort Knox for safekeeping until 1947.

2) The Constitution & The Declaration of Independence

After the attack on Pearl Harbor, the original Constitution and the Declaration of Independence were moved from Washington, D.C. to Fort Knox. During their time at Fort Knox, 150 pounds of gear was used to protect the documents. Both were returned to the nation’s capital in 1944.

3) The Holy Crown of Hungary

The Holy Crown of Hungary served as the crown jewel of Fort Knox after it was transferred there for protection at the end of World War II. Of the course of Hungarian history, this crown has been worn by more than fifty kings since it was first used in a coronation ceremony in the 12th century.

Perhaps the oddest item stored in Fort Knox is a cache of morphine and opium worth millions. The U.S. military wanted to ensure that they had enough of the painkiller if access to foreign opium sources were terminated. Even though the opium is no longer needed, it still calls Fort Knox home. In 1993, the United States spent millions refining the opium into morphine sulfate.

The Many Conspiracies Surrounding Fort Knox

There are theories that Fort Knox contains a lot of other things in addition to gold and morphine... or, perhaps, nothing at all. Common debunked conspiracy theories include the beliefs that within the walls of Fort Knox include Jimmy Hoffa’s body, biological weapons like anthrax, and the remains of the Roswell aliens.

The most popular conspiracy theory, however, is the belief that all of the gold inside Fort Knox has been removed or sold off. This theory seems to have taken root in the logic that the government has no reason to store gold nowadays since our currency is no longer based on the gold standard. Dating back to the mid-1970s, the idea that Fort Knox was empty was first spread by a lawyer named Peter David Beter, who spent quite a bit of time working as counsel for the Export-Import Bank of the United States.

The theory that Fort Knox had been emptied out struck a chord with many Americans, leading to the U.S. Mint to allow a one-time tour of the depository. On September 23, 1974, Senator Walter Huddleston along with 12 other congressmen and 100 members of the press were granted access inside Fort Knox. The gold was reported to be present at the time, effectively squashing the conspiracy theory.

Over forty years later, this continues to be the one and only time that Fort Knox has been toured by members of the general public.

How Secure Is Fort Knox?

So, what does it take to protect all the gold in Fort Knox or the biggest secret in the history of the United States?

The Walls — The walls of Fort Knox are made of granite and are four feet thick. Many believe the walls are lined with cement, steel, and fire-proof material. It is believed that the walls could withstand a direct hit by an atomic bomb. The tinted glass windows are so dark that nobody can see in from the outside. The windows are also sealed from the inside out, fire-proof, and bullet-proof.

The Door — The front door weighs almost 22 tons and is composed of a blast-proof material. No single person can open the door. Instead, it must be opened in tandem with other people required to dial separate combinations, which are changed daily.

Layers of Security — The foundation of Fort Knox has 10 feet of granite on top of multiple layers of concrete. Every square inch of the facility is monitored by a multi-focus surveillance system. Here's a quick rundown of what you would be facing:

Who Guards the Depository?

The facility is guarded by the United States Mint Police, and the Depository is within sight of Fort Knox Army Post, which is home to the 16th Calvary Regiment, 19th Engineer Battalion, U.S. Army Armor School, and the 3rd Brigade Combat Team. In all, 30,000 soldiers and 300 tanks, and attack helicopters are available to defend the Depository against unwanted intruders.

This begs the question, is it the gold that is being protected or a far bigger secret? Jimmy Hoffa, aliens, gold, anthrax, or whatever is (or is not) inside the walls of Fort Knox is likely to remain a secret.

Posted in: Gold, Texas Bullion Depository
By U.S. Gold Bureau
More from this author
Did you like this post?
0
0
Search The Blog
Categories
Recent Posts