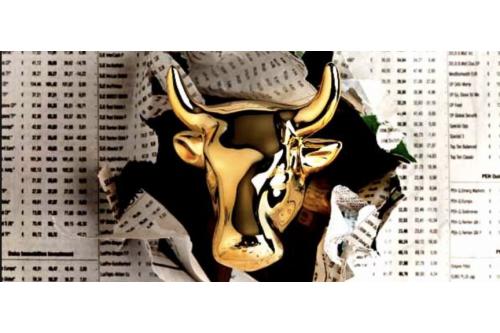 gold investing in gold
Every day seems to bring a revelation of additional political or economic chaos, swirling here in the United States. These trends have been noticed by those seated in the halls of power worldwide, and might begin to affect the finances of everyday Americans soon. For many years, the main financial reserve asset held by nations around the world was US Treasuries, or other Dollar-denominated assets. But recently, many have been questioning the wisdom of holding most of their resources in the currency of a nation that sometimes doesn't appear to know whether it is coming or going. Within a few months of the last time, the United States is again facing the possibility of a federal government shutdown. Fortunately, the same strategies employed by governments around the world to insulate themselves from the chaos we find ourselves in on the American continent, are also available to the citizens who live here.

It used to be said that there was gridlock in Washington DC because the Republicans and Democrats could not agree on a course of action. Today, there is gridlock because the Republicans and Democrats seem to have self-destructive conflicts going on inside their respective ranks, besides the routine conflict between themselves. Whether it is the scandal of the leading Democratic presidential candidate sabotaging the will of their own voters, leading Republicans sabotaging the efforts of their sitting President, the President sabotaging himself with the latest Tweetstorm, or Congress sabotaging themselves with another sexual harassment scandal, often the peoples' work fades into the background. The latest claimed accomplishment is a "tax cut" proposal, that many claim will increase taxes on half the population.

While some are claiming the American economy has begun to roar back to life, a deeper dive reveals that contrary evidence abounds. Those that serve the indigent population in our midst are reporting a level of homelessness not seen since the Great Depression. This seems to suggest that record-low interest rates have not prevented housing costs from being out of reach for many Americans. Other main stream economic reports indicate that the tax-reform plan currently pending in Washington will provide a significant boost to the national economy, but only 2% of surveyed economists agree. Others indicate that the tax-cuts will actually produce a tax increase for half of Americans, while ballooning the National debt. Meanwhile, there are developments in the subprime auto loan arena that look similar to the subprime mortgage market market before it disintegrated.

The traditional Macy's Thanksgiving Day Parade was interrupted today (2017), due to protestors upset about one of the proposals by the Trump administration. But this seems mild, compared to the social upheaval recently occurring at other locations and venues. Local elected officials of some of our major cities, such as Baltimore or Chicago, have admitted an inability to stop the weekly violence and shootings. With police departments hemorrhaging officers in affected departments, there do not appear to be workable solutions on the immediate horizon. Meanwhile, horrible mass shooting events have begun to ravage even rural communities, as the recent church shooting in rural Texas unfortunately indicates. Realities such as these indicate to the outside observer that something awry exists in American society today.

James Rickards, New York Times Best Selling Author of "The New Case for Gold" recently said that the smartest central bankers in the world are buying gold, to diversify away from the US Dollar. He cites the actions of Elvira Nabiullina, Central Bank chief of Russia, as a prime example. The record high in precious metals prices seen in 2011, were correlated to an increase in Central Bank purchases by emerging market nations such as India, China, and Russia. In fact, Russia has purchased gold monthly, 80% of the time, for the last 15 years. While the ability of the United States to pay its debts with anything except devalued Dollars remains in doubt, nations worldwide are finding comfort in gold. French Central Banker Herve Hannoun recently explained that physical gold has no credit risk, and offers superior security for national reserves. Foreign Central Banks, in fact, have replenished depleted precious metals resources previously sold off, and many have significantly increased their holdings, to help insulate themselves from Dollar-based losses. The same properties that make gold an attractive asset for central bankers around the world, work equally well for ordinary Americans. Those looking for a way to reduce the risks found in a portfolio of Dollar-based assets, need look no further than the security of precious metals. While pension payments (including Social Security), as well as interest rates fail to keep up with true inflation rates over time, gold has historically done well in this role. With the stock market at record levels and historically overdue for a correction, there seems to be little security available there for your hard-earned savings. Thankfully, there is a safe place for American to stow wealth that can preserve purchasing power in this low-interest environment. Some may think that there is little need for Americans to own non-Dollar correlated assets such as silver or gold, since they live and make purchases in the US (with Dollars). But keep in mind, that while we all make purchases in the US, very few items are still made in the US. That means that the initial price paid for all imported items is related to the strength of the US Dollar compared to other currencies. The strength of the US Dollar has been waning this year, recently 12% lower than it's peak 2017 strength reached on January 3. This has real consequences for those of us making purchases here in the US. Even when purchasing an "American-Made" automobile, often 40-60% (or more) of the components are sourced or assembled overseas. This means we will be affected by the relative strength of the Dollar against other currencies, whether we want to be or not.

An Example of Why Americans Should Own Gold

You could have purchased a new American automobile in 1967 for $1,750. That same $1,750 would purchase a new transmission today, but not an entire automobile. Alternatively, you could have purchased 50 ounces of gold in 1967 for $1,750. That same 50 ounces of gold today, converts to $65,000 of modern US Dollars. That is enough to purchase 2 new "American-Made" automobiles today. As we can see, gold can enhance the future purchasing power of ordinary American citizens, the same way it can benefit foreign governments.
Posted in: Investing , Gold
By Bill Stack
More from this author
Did you like this post?
0
0
Search The Blog
Categories
Recent Posts