Food, Gold, and Other Necessities 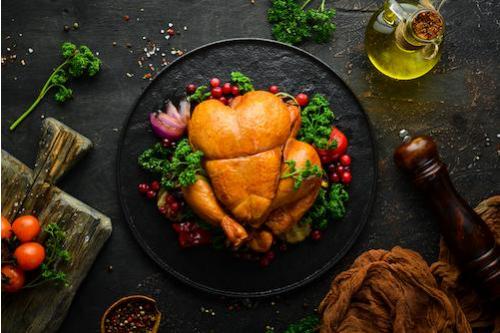 Food, Gold, and Other Necessities

We have previously discussed how Billionaires and hedge fund managers have begun to enter the precious metals arena with big money, and what it may signal for the rest of us going forward. Today I want us to consider the economic conditions out there for millions of Americans at the other end of the spectrum, and how tough times can be made better with Gold and Silver. With 40% of Americans becoming “food insecure” in the last few months, it may seem a strange topic to talk about precious metals being able to help. Some have shared the view that it is futile to own Gold or Silver during tough times, because “you can’t eat them”. While Gold and Silver would certainly taste metallic between the teeth, they are both very effective at helping to supply food when it becomes scarce.

In large cities and small towns all across the United States, there are long lines of automobiles waiting for help with donated food. Many in the middle class, and those sometimes considered “mass affluent” are also in these lines. Due to shutdowns and other business challenges related to the COVID 19 pandemic, the incomes of many have been curtailed. As the graphic indicates, food insecurity has increased nationwide to varying degrees. Notice there is nowhere on the map showing a decrease, only the level of increase. As the executive director of a large food pantry distribution operation, we gave away more food in June and July this year, than in all of 2017, for example. The demand (and supply, thankfully) has been unprecedented this year.

This is not to say there has not been $Trillions of financial support provided by the federal government; there has. The problem is that much of these Dollars have been spent supporting corporations and industries, rather than individuals and families directly. If the funds would have been distributed directly to individuals, people would have seen “stimulus” checks of $40-50,000 for each family, instead of $1,200-2,400. We as Americans now owe $40-50,000 for the stimulus, while directly receiving far less. Meanwhile, $500,000,000.00 of aid distributed to corporations is now gone forever, due to bankruptcy. While the actual amount is much higher, this is the known amount currently.

Not Just for Billionaires

Which brings us to how Gold and Silver can help provide food and other necessities, when times get tough. Previously we have compared the performance of Gold and Silver to stocks, bonds, real estate, bank accounts, and the Dollar itself. While many Americans are familiar with each of these asset categories, the topic at hand is food - groceries and other necessities, like toilet paper. When times are tough, the population becomes more concerned about these items, than about what is going on in the stock market. Billionaires have been liquidating stocks, and buying metals. Why should non-billionaires waiting in line for a food box, consider liquidating Dollars or bank accounts to purchase metals? The billionaires might be thinking about their next yacht, while the young mother might be thinking about the next month’s meals for her children. What is common to them both, is they are thinking and looking ahead.

In “The 7.0% Solution”, I discuss “Forever Money." Forever money is code for Gold and Silver. Just like a “forever stamp” from the post office will deliver the letter, so forever money will enable the purchase. Even if you spend $0.55 for the forever stamp today, and you don’t use it until new stamps cost $1.25, it will still get the letter delivered. In the same way, Gold and Silver can protect purchasing power a long way into the future. An ounce of Silver in 250 B.C. would purchase the same amount of grain (or bread) then, as it would today. Minimum wage in 1964 was $1.25, when quarters were made of Silver. Those 5 quarters today will purchase as much food today ($26), as they would in 1964. Try that with a paper Dollar, or with the coins made of base metal today; it doesn’t work. An ounce of Gold has been the measure of an expensive men's suit of clothes for millennia.


What this implies is that to be protected from the ravages of inflation, ordinary Americans should learn to save in Gold and Silver, instead of in Dollars. $3,500 cash in a box in 1966, would still be $3,500 cash today. But $3,500 of Gold in 1966 (100 1-oz coins) is the same as $200,000 today. It doesn’t take any additional funds to save in Gold or Silver than it does to save in Dollars. Instead of setting aside $100, set aside 4 ounces of Silver. Instead of stashing $2000 away for a rainy day, convert it into an ounce of Gold instead. Later, when times get tough, and the price of things has gone up, it is likely your Gold and Silver will have as well. Precious metals are the ultimate store of value, par excellence. Everyone needs some cash for short-term spending needs. But most would be well served to do longer-term saving in Gold or Silver.

Granted, there are short-term price fluctuations that sometimes causes the price of Gold and Silver to decrease. Those decreases are opportunities to add to rainy day funds for the future, by purchasing more Gold or Silver. Unless we get into a hyper inflationary environment such as exists in Venezuela or Zimbabwe, you should not convert short-term Dollars into Gold or Silver, if you plan to spend them within the next few months. The next question becomes, how does a person convert their Gold or Silver back into spendable cash? When you have found a fair and dependable partner, the process is as simple as making a phone call. As your first purchase of Gold or Silver probably involved an initial phone call to get the ball rolling, that is all it takes to convert your metals back into cash. No matter what bread and milk might then cost, you should be able to afford it.