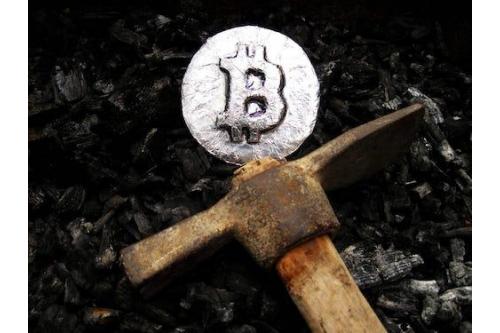 Gold Precious Metals Silver
We’ve been talking a lot lately about precious metals mining and the world of cryptocurrencies. The two may often seem unconnected, but today, we’re flipping the switch and examining the sectors side by side through the lens of energy consumption. New research published in the journal Nature Sustainability this week finds that cryptocurrency “mining” is significantly more energy-intensive than the mining of physical gold, silver, and other natural resources. Cincinnati-based researchers Max J. Krause of Oak Ridge Institute for Science and Education and Thabet Tolaymat, Environmental Engineer at the EPA spent two-and-a-half years measuring energy expenditures involved in producing Bitcoin, Ehtereum, Litecoin, and Monero. Their research shows consumption reached an estimated average of 17, 7, 7 and 14 megajoules (MJ) to “mine” $1US worth of each cryptocurrency, respectively. These numbers stand in stark contrast to levels associated with mining copper, gold, platinum, and rare earth oxides. In the same study, the researchers found that consumption rates of these resources averaged out to about 4, 5, 7 and 9 MJ respectively to produce the same $1US worth. Aluminum was the only resource studied that didn’t perform better than the cryptocurrencies, requiring 122 MJ of energy to produce the same $1US worth.

The whole premise of cryptocurrency is based on the technology known as “blockchain.” The blockchain is a public ledger designed to record and accurately verify cryptocurrency transactions around the world continuously. What’s unique about the cryptocurrency blockchain is that it’s created by “miners” competing to be the first to authenticate all transactions happening within a 10-minute timeframe accurately. Each session consists of around 1MB worth of transactions, according to some measures, and has only one “winner.” The prize for this winner? Huge payouts in crypto coins. How huge? At the beginning of 2018, Bitcoin’s reward, for example, totaled more than $100,000 US. That’s pretty huge for 10 minutes’ worth of work!

So How Does One Participate in the Blockchain Mining Competition?

Miners try their hand at verification by coding formulas that check each transaction against the network’s stated authentication benchmarks. Benchmarks include rules like a sender has to indeed own the number of coins he/she is sending to the receiver. Once someone claims to have checked all transactions at hand, all other miners on the network have to agree that he/she did so correctly, meaning each transaction meets all network benchmarks. It's no easy feat to code the winning formula correctly. Bitcoin, for example, makes their protocol quite tricky and also regularly adjusts their requirements to ensure there is indeed only one winner per session. A verified and approved set of transactions constitutes a “block,” and a new block is added to a network’s existing “chain” after each 10-minute round, thereby creating the eponymous “blockchain.” Since miners don't know what the winning code is going into each round, they execute tons of trials per second to find the answer. The more trails performed, the higher a miner’s chances of becoming that round’s winner.

How many trials is each crypto miner attempting?

It depends on the amount of computing power a miner has. The more computing power – or “hashrate” – the more attempts – or “hashes” – a miner can make. To put that into context, the hash rate is typically measured in Gigahash, or one billion code trials per second. Such efforts require a ton of computing power, which in turn, needs a ton of energy. But it’s not necessarily individual levels of energy used by each miner that’s raising eyebrows. It’s the collective footprint of the entire sector that’s alarming parties around the world. According to Digiconomist, creator of the Bitcoin Energy Consumption Index, Bitcoin collectively ranks 39th in energy usage out of countries around the world, landing between Austria and the Philippines. And that’s just one cryptocurrency network! Many cryptocurrency mining efforts have morphed into large and even enterprise-level operations to remain competitive. These outfits are running massive computing “warehouses” made up of numerous energy-hungry hardware devices running 24-7. Or in some cases, mooching off of non-affiliated businesses’ hardware networks. Such vast operations don’t come cheap, so consequently, many miners have sought cheap electricity in countries like China, where many power plants still run off of coal. Some in the industry have argued that such sweeping use of coal energy is negatively impacting to global CO2 levels. The Guardian forecasts that Bitcoin’s CO2 emissions are on track to reach emissions levels from one million transatlantic flights combined. Additionally, research published in the journal Nature Climate Change last month suggests that “projected Bitcoin usage, should it follow the rate of adoption of other broadly adopted technologies, could alone produce enough CO2 emissions to push warming above 2 °C within less than three decades.” It’s this 1.5°-2°C temperature rise that has world scientists deeply concerned. There may be some signs of a turnaround, though. According to a recent PRI article, David Malone of the Hamilton Institute at Ireland’s Maynooth University, who was one of the first to publish an analysis of Bitcoin's energy footprint, notes that some currencies are looking into alternative mining methods that could mitigate energy consumption. Bitcoin, the largest of the crypto networks, however, is not. "For Bitcoin, I think the situation is actually slightly grim," Malone noted. “I think the only thing that will reduce the energy usage of bitcoin itself in the near future is likely to be a crash in the value of bitcoin or something like that.” PRI goes on to note that Krause and Tolaymat, the authors behind this week’s report, do offer some positive thoughts of their own. They point out that since crypto mining can be performed anywhere in the world, operations have the opportunity to set up shop in countries powered by renewable energy. While such moves “could significantly lower their carbon footprint,” hard assests like precious metals will continue to remain arguably the most impactful consideration of crypto mining businesses going forward.
Posted in: Investing, Silver, Gold
By U.S. Gold Bureau
More from this author
Did you like this post?
0
0
Search The Blog
Categories
Recent Posts