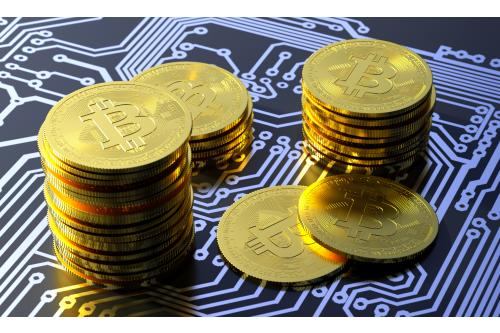 Gold
Progress, as they say, outpaces regulation. And a new report from the Cyber Threat Alliance (CTA) demonstrates the potential fallout when such a statement proves true. The report, a joint analysis of cyber vulnerabilities by security heavyweights like Cisco Talos, Fortinet, McAfee, CTA itself, and others, focuses on alarming increases in malicious activity plaguing the cryptocurrency space. In particular, the study centers around the extraordinary finding that detections of “illicit cryptocurrency mining” have increased a staggering 459% from 2017 to 2018. While the report primarily focuses on cybersecurity weaknesses and what individuals, and to a greater extent, enterprises should be watching for, the glaring assessment that “this rapid growth [in malicious practices] shows no signs of slowing down,” doesn’t bode well for consumer faith in the field of digital money. Particularly when compared to longstanding markets like precious metals, this rate of foul play is astounding. Established sectors such as precious metals have come to be widely trusted and well-regulated, but crypto-currency is still the proverbial “Wild West” of investments. Sure, they have proven a lucrative choice for some, but in many ways, digital currencies remain “riskier” than more tenured options like gold coins and silver bars. As such, it’s always a good idea to weigh not only ROI but also factors outside of those eye-catching dollar signs when considering the value of a particular investment. And to help you do just that, we’ve outlined a few focus areas we think are essential in considering how something new and shiny like a cryptocurrency stacks up to tried-and-true options like precious metals.

How is cryptocurrency regulated?

In large part, it’s not. And we think this is the biggest issue plaguing the digital money realm right now. The Library of Congress released a report in June outlining how cryptocurrencies are – or more often, are not – regulated around the world. The report, aptly titled, Regulation of Cryptocurrency Around the World, considers the digital money protocols of 130 countries “as well as some regional organizations that have issued laws or policies on the subject.” Particularly interesting from the LOC’s report is the below map, which indicates that only 33 countries currently apply either tax laws or anti-money laundering and anti-terrorism financing laws, or both, to the cryptocurrency sector.

At a mere 25% of those surveyed, this is a far cry from the number of countries who have laws, regulations, and protections surrounding goods of the precious metal variety.

The LOC’s map shows the US as applying neither of these categories of law to the cryptocurrency sector, although, the IRS has indeed issued some rules on tax applicability to digital monies. Furthermore, unlike gold and other precious metal commodities, digital currencies like Bitcoin, Ripple, and Ethereum are also decentralized, meaning governing entities do not control them. According to the Bank of Canada, e-money “is stored and flows through a peer-to-peer network that directly links users, much like a chat room.” In the U.S., there is a slew of agencies governing the practices of the precious metals industry. The U.S. Treasury, which controls the U.S. Mint, the Federal Reserve, which controls the U.S. money supply, Congress, which signs the relevant legislation into effect, the Federal Trade Commission, which oversees consumer protection efforts, to name a few, all have a hand in how the precious metals industry operates. Other countries around the globe employ similar regulatory agencies, paving the way for the industry to become high, and in large part, soundly regulated, no matter where you’re buying or selling gold, silver and other metals. The same cannot be said for cryptocurrencies. Being a relatively new consumer good, and undoubtedly newly-widespread, global and national legislative bodies have just not yet caught up to cryptocurrency’s growth rate. As the CTA’s report proves, such legislative lags leave the sector – not only vulnerable but also prone to bad behavior from industry agitators. In addition to national or international regulatory bodies, individual dealers within the precious metals sector also follow collectively accepted best-practices to shore up the industry and protect consumers. Additionally, precious metals dealers gain esteem and reputation by achieving various accreditations and “official dealer” statuses. These accolades are ways for consumers to verify the validity of the dealer they’ve chosen to work with, further alienating bad actors. The U.S. Gold Bureau, for example, is registered as an official Precious Metals Dealer with the State of Texas, Department of Public Safety, Office of Consumer Credit Commissioner, and was issued a certificate ID number to prove it. The U.S. Gold Bureau is also an authorized dealer for both the Numismatic Guaranty Corporation (NGC) and the Professional Coin Grading Service (PCGS), the two premiere coin grading organizations in the industry, is recognized by the U.S. Mint as its largest bulk purchaser of U.S. coins, has an “Excellent” score of 9.0 on TrustPilot’s TrustScore scale, and an A+ rating with the Better Business Bureau. So far, we haven’t seen the same measures of validity in the cryptocurrency sphere. Many players are not businesses at all, but rather, individuals operating on the peer-to-peer model noted above. This lack of authority and industry-accepted standards can, and often has, lead to vulnerabilities in the sector and often leaving consumers without reliable avenues for recourse.

How does the rate of fraud in the cryptocurrencies sector compare to the precious metals industry?

Fraud is another area to consider when assessing the value of cryptocurrencies as an investment option. While the precious metals market has certainly not been immune to fraud – such notable cases include the Bre-X mining scandal and the more recent scam spearheaded by Liberian native Cassell Kuoh – it’s not a common occurrence. The cryptocurrency sphere, on the other hand, has seen a nearly five-fold increase in the detection of improper practices over the course of a year, as the CTA's report concludes. Other studies have found similar results. It is often challenging to create physical pieces of fake gold, silver or other precious metals that are convincing enough to sell on a lucrative scale. In tandem with legal deterrents, logistical barriers such as gathering physical materials, making and storing the falsified goods, and setting up an operation by which to amass customers often prove too great of obstacles to overcome. More often than not, if “scamming” is experienced at all in the precious metals markets, it’s typically of the marketing variety vs. actual fraudulent product. Are cryptocurrencies stable investments? In short, not so far. While of course, any investment is prone to ups and downs, the cryptocurrency sector has experienced particularly sharp drops over its short lifespan to date. Multiple reports this year have shown various cryptocurrencies dropping in value as much as 65% from peak levels, while the price of gold, even though it has experienced slight declines of its own, has proven to be much less volatile.