2020 Election Impact on Gold and Silver 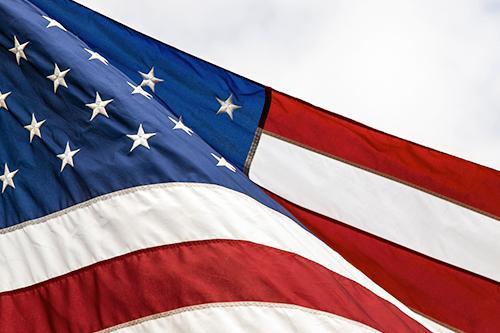 2020 Election Impact on Gold and Silver

Here we go again, less than a month before the next Election Day on November 3, 2020. In some ways it seems like campaigning never ended from 2016. While there are certainly many political races and regions up for grabs, no race has occupied national attention like the Presidential race, for good reason. Today we will try to make sense of it all, evaluate the consequences of a win by either side, and attempt to discern what it might mean for the owners of Gold and Silver. While all of us may have biases and preferences, we will do our best to leave those behind as we look at potential outcomes. Obviously there would be differences in the philosophies of a Trump vs Biden administration, but there are also realities we must face regardless of who next occupies the White House.


If we learned anything from the last Presidential election, it is that statistics shared by the media can sometimes be unreliable. As late as October 2016, there were projections by main stream news outlets showing a 92% chance of a victory by Hillary Clinton, and an 8% chance of a win by Donald Trump. We all know how that turned out only a month later. Many were understandably shocked, and in disbelief of the outcome. It remains to be seen if the statistics gathered and presented in this election cycle will be more or less accurate than those of 2016. Today, some polls show a Biden victory, and some a Trump victory. If we assume the data is being collected and presented the same way as in 2016, it would indicate that President Trump is in a better position today than in 2016. That said, we have no way to know if polling methods have changed or not.

Even if polling methods are the same today as in 2016, there was no viral pandemic to deal with back then. Concerns related to COVID 19 have led many to demand increased access to mail-in voting opportunities, while insisting that election results not be determined and announced until weeks after Election Day. We have no similar efforts or circumstances to compare in the history of our nation. Through the Civil War, World Wars I and II, the Spanish Flu, and every other difficulty we have experienced as a nation, our elections have been determined largely on Election Day. This time, thousands of attorneys have been hired (between both camps) to help determine the election outcome. If there is an overwhelming landslide in votes counted by election night, I would estimate the advantage to be for President Trump. If the votes counted by election night are close or inconclusive, I believe the advantage would shift to former Vice President Biden.


With a Biden win, we are looking at a probable tax increase, and a stated goal of doing away with the 1031 exchange. The 1031 exchange is used to defer taxation on real estate gains when a property is sold. An increase in corporate taxes, capital gains taxes, and income taxes related to the sale of real estate, would make stocks and real estate less attractive as investments. This could potentially benefit precious metals, as they are not currently slated for a tax increase. With a Trump win, we can expect political pressure from the top to keep taxes and interest rates low, and a regulatory environment that favors business. Together, these policies would likely contribute to an increase in economic growth and inflation, which could also benefit precious metals prices.

Regardless as to who ultimately wins this year’s election, an increase in government financial deficits is certain. This condition alone, without the added benefit from either candidate’s policies, bodes well for Gold and Silver prices in nominal terms. More money printing tends to raise the price of both stock and precious metals. As observed here, it is often the case that currency devaluation overrides gains in the stock market, while gains in Gold often override the devaluation evident in most currencies.

One condition that may arise with either a Biden or Trump victory is something called “Stagflation”. Stagflation is when the economy experiences slower growth and higher inflation simultaneously. Due to massive layoffs and business closures related to COVID 19, the economy may slow for the immediate future. Also due to those same massive layoffs and business closures, fewer items available for sale may lead to higher prices and shortages. As the middle chart indicates, Gold and Silver have traditionally performed well during periods of stagflation. Whereas previous bouts of stagflation were brought on by higher oil prices, I believe oil would lag the performance of Gold and Silver when we next see stagflation.

The ratio of financial assets to disposable personal income is also indicating another recession is near. For the last 50 years, every recession was prefaced and/or accompanied by a drop in this ratio. As we can see from the top chart, we appear to be moving in that direction again. A year ago this month we alerted readers of the likely recession that would occur in 2020, and described how each metal would typically perform. This recession did occur earlier this year, and both Gold and Silver have done well. I believe we can expect more of the same for the next recession, which currently seems to be imminent.

In our 2020 mid-year projections, we estimated Gold to finish the year around $2,350, and Silver around $35. While these targets have nearly been reached to purchase the actual metal before retreating, I believe we will see them again before year end - regardless of who wins the election. Looking out a little further, famed precious metals researcher Ronald Stöferle believes that we can reasonably expect to see Gold in the $4,800 - $8,900 range within 10 years. While there are many variables that go into these calculations, $4,800 is considered a very conservative estimate based upon the rate of currency creation happening in the world today.

Thus far I have not made a projection about who will likely win the election, and perhaps it would be safe to leave it that way. But since it will be at least 4 more years before another opportunity to call a presidential election, why not give it a shot. Here goes. Since the statistics/polls cited in 2016 were so horribly inaccurate, they may continue to be today. Given the desire of the Biden team to change the manner in which this election is carried out by insisting on mail-in balloting, it may indicate that they believe there will be significant turn out for Trump on Election Day. That combined with reports of a shift among likely minority voters, causes me to believe that Trump may win a second term. Thankfully for us all, I believe Gold and Silver are moving higher either way.