Effects of China, Commodities, and Cash on Gold and Silver 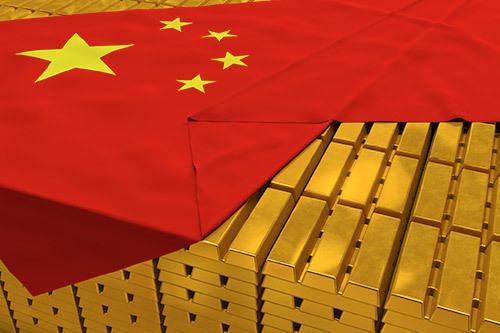 Effects of China, Commodities, and Cash on Gold and Silver

Something is happening in China, that may reverberate worldwide soon. They have been purchasing commodities and hard assets in massive quantities, in anticipation of devalued Dollars. Trade flows indicate they are spending their reserve Dollar assets to make these purchases, rather than their own currency. They apparently believe that the future purchasing power of the Dollar will be lower in the future than it has been in the past. If history is any guide to the future, they are probably correct. Some analysts believe the Chinese government (via various agencies) has around 20,000 tons of Gold, far more than they officially acknowledge. Individuals are believed to own an additional 15,000 - 17,000 tons of Gold privately as well. So they don’t really need more Gold, but they do need other commodities. With Dollar-based treasury reserves of $1.2 Trillion, they have plenty to spend.


What makes them think it is wise to spend Dollars to purchase more commodities than they currently need? When we look at what has been happening since the Federal Reserve lowered interest rates on March 16, it begins to make sense. The Dollar itself has lost 10% against a trade-weighted basket of other currencies. Also since that time, commodities as a whole have risen about 20% in Dollar terms, while some commodities have risen much more. Gold has risen 40%, lean hogs have risen 73%, and lumber has risen 250%. Undoubtedly some of this inflation is due to the buying binge going on in China. In that regard, buying “in anticipation” of a Dollar devaluation has perhaps become part of a self-fulfilling prophecy.


This is not the first time the Chinese have purchased commodities in bulk before they needed them, although the reasons may be different this time around. Last time we approached this subject, they were storing 6% of the world’s aluminum supply in a Mexican desert, trying to avoid American tariffs on metals coming from China. Strategies like these are partially what led President Trump to pursue a more aggressive tariff posture, which sought to close loopholes China was exploiting against American manufacturers. The trade tensions and disputes from 2 years ago have been further heightened in response to allegations about the COVID 19 outbreak, with the American President calling it the “Wuhan Virus” from China.


James Rickards, famous CIA-affiliated author, recently released on Twitter that the United States might seek to confiscate or restrict China’s ability to use their $1.2 Trillion of Dollar reserves, in retaliation for intentionally spreading the virus worldwide. The economic damage to the American economy, and the loss of American lives has been blamed in part on a lack of transparency from China about the true nature and origins of the virus. Others do not share the same confidence that it is clearly known where the virus came from, nor are they certain that it was shared with the intent to cause harm. Half of the American political apparatus seems to be blaming the current administration, while the other half lays the blame primarily upon China. In any event, this concern about losing access to these reserves might be contributing to China’s desire to use them to make purchases sooner rather than later.

While that may be a concern unique to China, there are other concerns that should weigh heavily on us all. With the Federal Reserve’s stated goal of increasing inflation and letting it run for an extended period, we don’t need theories from a famous author to recognize the risks associated with holding Dollars. The Chinese don’t either. We should consider following their lead when it comes to what to do with our own Dollar reserves. For those who feel it is inappropriate for Americans to take cues from a foreign power about what to do with their own currency, we need look no further than large American banks and investment managers. Major players such as Warren Buffet, Ray Dalio, Morgan Stanley, BlackRock, Bank of America, Ohio Pension Fund, and many others have been allocating $Billions to precious metals bullion and securities.


Chances are good that few of us reading this article would want to purchase and store 2 million tons of copper, as China has recently done. Nor would we want to purchase and store millions of tons of steel, aluminum, pork bellies, or lumber. For one reason, few of us have a spare $1.2 Trillion laying around, with 1.4 billion people to take care of. A much simpler way for us to protect our future purchasing power which takes up much less space, is to simply trade our Dollars for Gold and Silver. Why store 10,000 lbs of steel that rusts, when you could store 1 oz of Gold that doesn’t rust? China needs aluminum, steel, and lumber to allow for future construction needs. As mentioned before, they have plenty of Gold already - but they cannot build with it.

Yesterday the Federal Reserve announced that they will be keeping interest rates low for the next 3 years. While it remains to be seen what actually happens, the combination of low interest rates and the desire for higher inflation means Dollars held in interest-bearing accounts will lose purchasing power each year. This is what the Chinese fear, and partially explains why they are converting their Dollars into commodities now, before the Dollar falls further or they lose access to those Dollars. One of the main reasons we have been recommending that Americans trade Dollars for Gold and Silver, is because they can help protect purchasing power in the years ahead. Deflation can be great for consumers, as the price of goods and services become cheaper in Dollar terms. But it is anathema for governments and banks, and rarely allowed to continue for long.


When the value of property backed by loans drops below the loan amount, delinquencies increase, and banks lose income and assets. When people pay less for goods and services, fewer taxes are collected, and governments lose revenue. Neither governments nor banks can survive an extended season of deflation. This is why inflation is the preferred economic condition, and why authorities work so hard to bring it about. It is also why China is trying to get ahead of it, and why you and I should consider doing so too, with Gold or Silver.