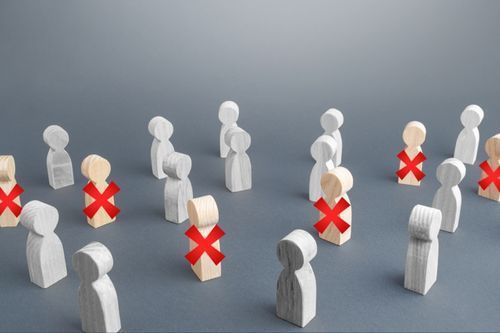 The New York Times reported that Amazon would lay off 10,000 workers starting as soon as this week. The layoffs will primarily affect the Alexa, retail, and human resources divisions. The workers represent about 1% of their 1.5 million global workforce. The layoffs come after an announced corporate hiring freeze on November 3rd. Concerning the hiring freeze, Beth Galetti, Amazon’s Senior VP of People Experience and technology, said, “We’re facing an unusual macro-economic environment and want to balance our hiring and investments with being thoughtful about this economy.”  Jeff Bezos, Amazon’s founder and the 4th richest person on earth has been very outspoken about the current economic risks. He recently Tweeted about the risk of recession, "it is time to batten down the hatches." Amazon is not the only company heeding its warning as the Fed raises interest rates to fight inflation.

Several tech companies are laying off employees. Some of the other tech companies laying people off in November include Meta, Twitter, Lyft, Opendoor, Salesforce Qualcomm, Snap, Redfin, Coinbase, Spotify, RingCentral, and Stripe. For a complete list, check the website, which has been tracking tech layoffs since the pandemic's beginning.  According to Layoffs.fyi, 121,413 tech layoffs have happened this year, with 25,483 of those in November. The first two weeks of November represent 20.98% of all tech layoffs in 2022. Before November ends, the numbers are guaranteed to be much worse because the number does not include the planned Amazon layoff.

Since I began writing this article, several companies have announced layoffs, including Asana and the Chinese social media giant Tencent. The chart shows the monthly tech layoffs that need to be updated already.  The layoffs are happening faster than I can type. Another website, has a significantly higher 181,042 confirmed 2022 tech layoffs, with more than 36,000 in November.

The Nasdaq is the stock index that follows technology stocks. The Nasdaq is down -28.30% year to date. Except for 2018, returning -1.04%, the Nasdaq has returned positive gains since 2009. In most years, the Nasdaq returned double-digit gains. Tech tends to be a debt-heavy industry, so interest rates deeply affect profitability. When loose monetary policy and low-interest rates abound, the tech industry flourishes. However, tech and other high-debt industries struggle when interest rates rise.

Should So Many Layoffs Surprise Anyone?

The Fed may be preparing to take a victory lap as people become unemployed. The intended purpose of raising interest rates is to destroy aggregate demand. Destroying aggregate demand is a fancy way to say “destroy people’s purchasing power.” People without jobs don’t have much purchasing power. At the August 26 Jackson Hole Conference, Federal Reserve Chairman, Jerome Powell, stated he wanted to “soften the job market” and bring about “sustained periods of below-trend growth.” Like a politician, he used obtuse language to mask his point. “Soften the job market” means create unemployment. “Sustained periods of below-trend growth” means a recession.  If you look at the last several years of tech rates of return, tech is enemy number one if you want to create a recession.

Right Before the Holidays?

Christmas and other winter holidays are critical revenue generators for countless businesses. Analysts have already begun sounding the alarms about this season. 63% of American families live paycheck to paycheck, and 43% say they don't make enough to pay for Christmas this year. Household credit card debt has increased more than 15% from a year ago. The credit card usage increase is the fastest rate in 15 years. 30% of American families say credit cards will be the only way they can afford Christmas, which will strain cashflows in the coming months for millions of Americans. Thousands of high earners will be freshly unemployed during the holiday shopping season. It is reasonable to assume that a large percentage of the freshly unemployed will spend less than expected before the layoffs began snowballing in November.

It would be nice to say the economy has turned the corner and is on the mend, but it hasn't. Everyone wants things to get better quickly, but the optimism seems premature and Christmas sales will probably be low. The Fed's policies are beginning to destroy aggregate demand, evidenced by the growing wave of layoffs. Many market analysts think the economic pain so many people feel will give the Fed second thoughts or facilitate a pause. Instead, it seems the "success" will embolden the Fed to push harder to “control aggregate demand” and to make the fourth quarter a period of “below trend growth.” Chairman Powell said there was going to be economic pain and wanted to “soften the job market.” There is economic pain, and the job market is softening. At the November FOMC, Powell said it is premature to discuss pausing or pivoting. Powell stated that interest rates would be high until at least the end of 2023. The exact things he said would happen are happening. Why would he pivot as he sees his predictions and goals come to fruition?

The most logical action of the Fed is precisely what the Fed stated it would do. Rates will continue rising until inflation is near the two percent target. It is currently 7.7%. The direction of the stock, bond and housing markets is farther down for the foreseeable months. Since most retirements last around 20 years, every 5% portfolio loss equates to about one year of retirement expenses. The Nasdaq is already down 28.30%, and the market needs more time to process the layoffs. Over the next few months, there are probably more significant losses ahead. At best, the market is making educated guesses about how the individual companies will respond and hoping no critical infrastructure employees were released, which seems almost inevitable. The market will know a lot more once earnings are reported at the end of the quarter. Do you want to bet years of your retirement that the problems in tech will resolve soon?

Every day, more people realize the uncomfortable truth that the market is collapsing, and a new strategy is desperately needed to save their retirement. Many are discovering they can legally roll over part or all their retirement accounts into a precious metals IRA without taxes or fees. The process isn’t difficult, but the government has requirements that must be followed correctly. The U.S. Gold Bureau has a department of highly trained retirement experts to help you set your account up correctly and legally. You have worked hard to build a nest egg, and the Fed is working hard to destroy it. You don't have to be a victim. You can fight back by taking control of your retirement account with a precious metals IRA.

Call the Retirement Experts at the U.S. Gold Bureau today.