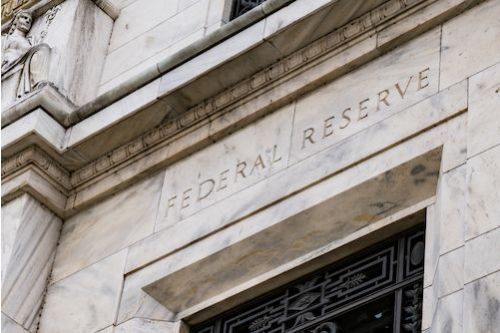 Last week, the monthly inflation data came in “cold” at 7.7%. The term cold refers to less than the expected 7.9%. The stock market rallied, and U.S. bond yields lowered. The Dollar lost significant ground against most major currencies, offering relief to struggling European and Asian economies. The less-than-expected price increases have many saying the Fed will slow down its rate hikes. The market believes we are winning the fight against inflation and the Fed will slow down interest rate hikes. Chase Bank President of Investment Council, Peter Tuz, expressed incredible exuberance and optimism about the cold CPI data, “Everything is risk-on again, rates are coming down, dollar is coming down, gold is going up on the weaker dollar."

Despite the market mania, Federal Reserve Governor Waller said the market overreacted.  Waller was happy to see signs of inflation slowing but reminded the market that prices are still rising quickly, just not as quickly as anticipated. 7.7% inflation is still significantly higher than the 2.0% target. The Fed will still be raising rates for the foreseeable future. “These rates are going to stay - keep going up - and they’re going to stay high for a while until we see this inflation get down closer to our target,” Waller said Monday at a UBS Group AG conference in Sydney. “We’ve still got a ways to go. This isn’t ending in the next meeting or two.”

Waller’s words echo the statements made by Chairman Powell during the FOMC meeting. Chairman Powell expressed multiple hawkish statements affirming the Fed’s continued commitment to raising rates and even erring on the side of overtightening. “Trying to make good decisions from a risk management standpoint, remembering if we were to overtighten, we could use our tools strongly to support the economy. Whereas, if we don’t get inflation under control because we don’t tighten enough, now we are in a situation where inflation will become entrenched…From a risk management standpoint, we want to be sure that we don’t make the mistake of failing to tighten enough or loosening policy too soon.” Powell stated, “It is very premature, in my view, to think about or be talking about pausing our rate hikes. We have a ways to go.”

Powell spoke about a market phenomenon making managing inflation challenging. He explained that before about 25 years ago or so, the Fed would set policy, and the market would react. Now the market responds in anticipation of what it thinks or wants the Fed to do. He said this market behavior had limited clean inflation data for the Fed to digest. “We don’t have a lot of data about inflation this high in the modern economy” said Powell.

It may be tempting to embrace market optimism, but Chairman Powell's comments should not be ignored. The market wants easy money, low-interest rates, and no consequences for lousy investment bets. Powell thinks it is better to overtighten than fail to tighten adequately or tighten fast enough. The Fed will ultimately be the decider on the direction of the interest rates and speed of money in the economy, not the market. Powell said the Fed would use its tools "strongly" if they overtighten. Powell is signaling that the Fed is planning to control the boom-and-bust cycles of the economy. He has repeatedly implied that the Fed intends to bust the economy before the next boom. Do you remember this article discussing how and why the Fed could use its tools strongly to stimulate the economy after they intentionally over-tighten?

What Can We Learn?

The market responded exuberantly to a short-term indicator as a concrete prediction about the long term. It seems foolish and unjustified for the stock market to gain 3% because inflation was 7.7% instead of 7.9%. To put this in perspective, an item costing $100 a year ago now costs $107.70 instead of the predicted $107.90, and the market got excited. Is this a legitimate celebratory market event? Probably not. Most people would not be excited about a sale price saving $0.20 on a $100 item. Would you risk life and limb at 4 am on Black Friday if you saw such an ad, or would you completely disregard it as noise? Most people would completely disregard it. The value is not there.

Most people think about the short-term, so they frequently confuse investing with trading. The overzealous market rebound is an exclamation point on this common confusion. Investing is a long-term mindset, and trading is a short-term mindset. The secret to trading is recognizing short-term value. The secret to investing is seeing where the long-term value is. Remember what Tuz said? Gold is going up on the weaker Dollar. What will happen to the Dollar’s value in the long term? If you think the Dollar is getting stronger, then gold is not for you. Where is the long-term value if you think the Dollar will get weaker? Gold or paper?

Most people looking long-term realize the Fed will continue rising rates and market reaction is not sustainable. Investors, more than traders, realize the market goes up and down in cycles. Are you an investor or a trader? Are you thinking long-term or short?

If not now, when?