Jeff Bezos Says, “It is Time to Batten Down the Hatches” 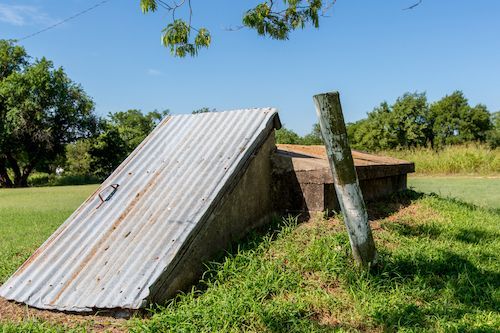 Jeff Bezos Says, “It is Time to Batten Down the Hatches”

Amazon founder, Jeff Bezos, tweeted, “Yep, the probabilities in this economy tell you to batten down the hatches. Bezos' comments were in response to an interview given by the CEO of Goldman Sachs, David Solomon. Solomon, speaking about volatility and risk, said, “I think it is a time to be cautious. And, I think that if you are running a risk-based business, it’s a time to think more cautiously about your risk box and your risk appetite. I think you have to expect there is more volatility on the horizon. Now that doesn’t mean for sure that we have a really difficult economic scenario, but in the distribution of outcomes, there is a good chance we could have a recession in the United States.”

Bezos has been warning about the dangers of inflation throughout the year. Earlier this year, Bezos sparred several times with the Biden administration about inflation. The Biden administration insisted higher corporate taxes would quell inflation to fund more stimulus and repeatedly mentioned Amazon as part of the tax plan. Bezos tweeted, “In fact, the administration tried hard to inject even more stimulus into an already over-heated, inflationary economy, and only Manchin saved them from themselves. Inflation is a regressive tax that most hurts the least affluent. Misdirection doesn’t help the country.”

Several academics, executives, investors, analysts, and prominent hedge fund managers are also sounding the alarm. Bloomberg analysts said there is a 100% chance of a recession within the next 12 months. JP Morgan Chase CEO, Jamie Dimon, just said the S&P500 could drop another 20%. He also predicts a recession within the next nine months. "This is serious stuff. Inflation, rates going up more than people expected and probably a little bit more from here, quantitative tightening, which we've never had before, and the war. These are very, very serious things which are likely to push the U.S. into some kind of recession six, nine months from now,” said Dimon.

Ray Dalio, billionaire investor and founder of Bridgewater Associates, said, “ridiculously stupid economic policies have the U.S. hurtling toward a perfect storm of economic pain.” Many important, influential, intelligent, and wealthy people are warning about the dangers of the coming economic pain across all sectors. The warnings are not just a “hold onto your hats,” but a call to action. The action needed is getting out of harm's way. Getting out of harm's way means rearranging your finances and portfolio allocations to less risky assets like precious metals.

Solomon may have said it best. “It is time to think more cautiously about your risk box and risk appetite.” Stocks and cryptocurrencies are considered “risk-on” assets and have gotten decimated this year. The S&P500 is down 22.7% on the year. Dimon is warning that another 20% drop is highly probable. Over the last 30 years, the average return of the S&P500 has been 6.74%. If the S&P500 drops another 20%, the aggregate loss of 42.7% would equal 6.34 years of returns. Bonds are traditionally a good vehicle for wealth  preservation. However, this year has thrown conventional wisdom onto its head. So far, bonds have already lost 19.7% this year. When interest rates rise, bond prices go down. Rates are rising and will keep rising. The Fed has committed itself to controlling inflation no matter how much economic pain it causes. History has shown that interest rates need to be about 2% above the inflation rate to control inflation. The current CPI inflation number is 8.2, and the current interest rate is 3-3.25%. There are still many interest rate hikes in front of us. The Fed has two more meetings this year and will likely raise rates twice. Bonds continuing downward is the most straightforward prediction about anything in the economy.

CPI (Consumer Price Index) is the headline inflation number in the news. The chart is about a month outdated but shows the historical interest rates compared to the CPI. In Chairman Powell's speech at Jackson Hole, Powell repeatedly referenced the lessons of the high inflation of the '70s and '80s and what Chairman Volker did right and wrong. Chairman Powell discussed how Chairman Volker needed to be more aggressive at first. Still, after he raised rates to 20%, he became successful. Chairman Volker's success came when interest rates were 5% higher than the CPI. The model Chairman Powell thinks it is necessary for our current inflation is interest rates higher than CPI. The warnings of all the pundits, executives, and investors are not rantings of discontent. They only echo what Chairman Powell has stated as the Fed's intention. The alarm clock is going off, and more people are hearing it. More people are waking up to the gravity of the situation.

Prefer a more personal touch? Call the U.S. Gold Bureau for free education about how it all works.