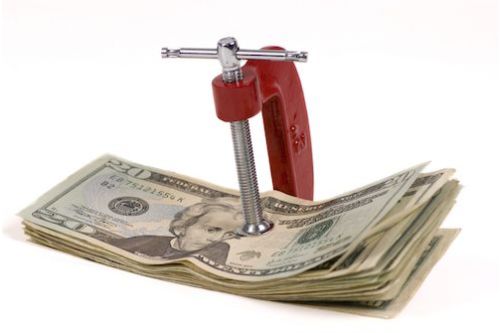 On August 26, 2022, Federal Reserve Chairman Jerome Powell gave the annual Jackson Hole speech. His speech was a little less than ten minutes. The central theme of the speech was that price stability was the unconditional responsibility of the Fed. He expects "very likely softening of labor markets, higher interest rates and slower growth will bring down inflation, but they will also bring some pain to households and businesses.” Also, Powell wants a “sustained period of below trend growth.” Watch the entire speech.

Powell gave many clues about a tight long-term policy and higher interest rates until at least the end of 2023. “Price stability is the bedrock of our economy,” stated Powell. “We will use our tools forcefully to bring price stability. Failure to restore price stability would lead to even greater pain,” he continued. “At some point, it may be become appropriate to slow the rate of interest rates increasing, but it will be a restrictive policy for some time.” “The Federal Funds Rate will be slightly below 4% until the end of 2023.”

1. Central Banks Can and Should Take Responsibility for Low and Stable Inflation


During previous high inflation, there was debate about whether the Fed should intervene. "Today, we regard these questions as settled. Our responsibility to deliver price stability is unconditional,” stated Powell. The Fed believes strong demand and supply chain constraints are to blame for the current high U.S. inflation. Then Powell said one of his press conference's most revealing and least reported statements. “The Fed’s tools work principally on aggregate demand.”


2. Public Expectations About Future Inflation Can Play an Important Role in Setting Inflation's Path Over Time.


Households and businesses will make economic decisions according to long-term inflation expectations. If people expect high inflation, they will act accordingly, and high inflation follows. Paraphrasing him, he was calling people's behaviors a self-fulfilling prophecy. "The longer the bout of current high inflation continues, the greater the chance expectations of higher inflation become entrenched,” said Powell. Powell quoted former Fed Chairman Volker, who was Chair during the high 1970’s inflation, “we have to break inflationary expectations…so people can think about something else.”

3. The Fed Must Keep at it Until the Job is Done


“History shows employment costs are likely to increase with delay as high inflation becomes more entrenched in wage and price setting,” Powell began his explanation. Powell stated the Fed will take "forceful and rapid steps to moderate demand." Powell spoke about the 15 years of failed inflation control before the successful Volker inflation reduction with an incredibly tight (high-interest rate) policy.

What Does It All Mean?


Price stability is the Fed's principal thing at any cost. The Fed’s primary target is aggregate demand, meaning the Fed thinks people have too much money to spend and access to money is too easy. Businesses are too successful, and the job market needs to cool off. The phrase "sustained period of below trend growth” is politically obtuse to say a recession. The last two quarters were “sustained periods of below trend growth." They have not labeled it a recession because Secretary of the Treasury Janet Yellen redefined the word to include the labor market. Now the Fed openly is saying it wants to “soften the labor market,” “raise interest rates,” and “slow growth.”  Powell didn’t say how long a “sustained period of below trend growth” is, but he did say interest rates would continue to rise and stay high until at least the end of 2023. The Fed chair wants a more painful “not a recession” for at least five more quarters.

There is a downward spiral that the Fed wants to happen quickly. It wants people to spend less and not have job choices. Businesses will respond with lower prices and lower salaries. Business earnings will drop, and the stock market will fall. Employees will have less money to spend. The cycle will repeat until the cost of lower prices is everyone’s retirement account. Essentially, the Fed wants to crash the economy to lower inflation. The Fed’s actions to moderate demand will be “forceful and rapid.” It won’t stop until the job is done.


What Can You Do About It?


The Dow Jones dropped 3% after the Chairman’s speech on Friday. The stock market does not believe the Chairman’s comments are going to be good for stocks over time. The stock market recognizes that the Fed has committed itself to crashing the car your life savings and retirement is riding in. The market went down because people decided to jump out of the car. You may want to do the same.

The U.S. Gold Bureau can help protect your life savings and retirement with precious metals.

Call today to learn how to get your wealth and retirement out of harm’s way.