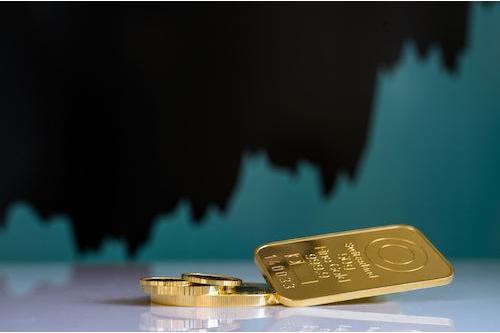 Gold coin collectors, eager to get their hands on the U.S. Mint’s New Gold Kennedy Coins, were turned away when officials at last week’s World’s Fair of Money in Illinois decided to revoke the offering of the gold coins. 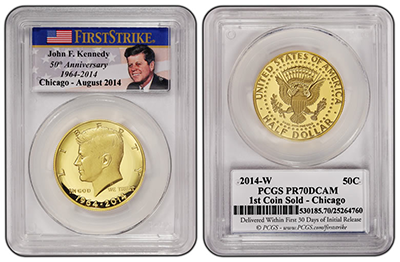 Hopeful buyers will now need to turn to online gold purveyors, like U.S. Gold Bureau, in order obtain the precious coins. Prospective buyers had begun lining up at 4pm on Tuesday for the coins, which were scheduled for sale at 10am on Thursday, Donn Pearlman, spokesman for the American Numismatic Association told the Chicago Tribune.

On Thursday, organizers halted sales of at the event held at Stephens Convention Center in Chicago’s northwest suburb of Rosemont. With hundreds of people lined up and hoping to buy the precious gold coins. Many people in line came prepared with sleeping bags.

Valued at $1,240, the special half-dollar gold coin depicts President John F. Kennedy and is highly prized by collectors due to its dual-dating. The gold coin features the dates “ 1964-2014” and is struck in gold. It has been a popular item at the U.S. Mint’s retail outlets in Philadelphia, Denver and Washington, D.C.

“The Kennedy half dollar, when issued in 1964, was a very popular coin and still is for people that collect,” said Pearlman. Mint officials in Chicago indicated a possible concern about a negative reaction amongst prospective buyers, should some buyers be unable to snap up the coins.

“It just got to the point where, out of prudence, just to be careful, (they) decided to halt sales at retail “The Mint made this decision to ensure the safety of those wanting to purchase the coin and the safety of its own employees,” the U.S. Mint said in a statement Thursday.

No issues, injuries or arrests involving crowds were reported. Pearlman said that the decision to halt sales was purely precautionary. The except was a pair of brazen line-cutters who were escorted away by security guards.