Top 2 Reasons to Have Gold Bullion in Your Portfolio 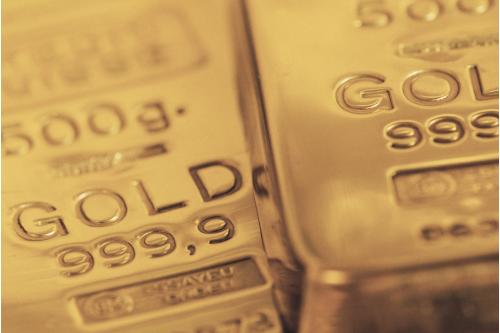 Top 2 Reasons to Have Gold Bullion in Your Portfolio

There are a number of reasons why owning some gold (and/or silver) in readily available form is a wise choice but to this observer, there are two particularly important ones – wealth insurance and long-term growth in value. One may consider these part and parcel of the same thing. Growth in value protects you against a decline in the value of the dollar but there’s much more to wealth insurance than this. There are a number of rational commentators out there who are predicting the collapse of the banks and indeed the whole financial system as we know it. They see a future where credit cards are declined, cash withdrawals from ATMs cannot be made and banks close their doors to their account holders. While this is perhaps an extreme prediction some of these same commentators will aver that we came awfully close to this kind of situation in the depths of the Great Financial Crisis (GFC) of 2007-08 with the system in some countries on a knife-edge as a number of major banks teetered on the verge of bankruptcy. They see a similar situation arising in the near future as the public’s and the banks’ dependence on credit reaches unsustainable proportions. In their scenarios, it only takes a well-publicized loss of confidence in one major institution to set the dominoes falling and the whole system to implode.

Gold and Silver as Insurance

So how do you protect yourself against such an eventuality unlikely though it may be? You need insurance, but not the kind you can buy from an insurance company as such companies would be just as vulnerable to meltdown as the rest of the financial system. While such a horrendous crisis may not last as governments find perhaps dubious ways of alleviating the situation, this may take time to filter down to the person on the street. In the meantime, one needs a standby and bullion coins, in particular, could be a great way to provide this. Gold is money – despite what some gold detractors may say – always has been and always will be, and the same effectively applies to silver. When you own a house or an automobile, the chances are you will take out insurance against hopefully unlikely events like a house fire, burglary, crash or auto theft. If you own expensive items like valuable paintings or jewelry you will probably take out insurance in case of loss, but few people take out any kind of insurance against loss of wealth preferring to hold it in bank accounts and stock portfolios. Gold can provide at least partial wealth protection depending on what proportion of your wealth you cover with it and, unlike other forms of insurance there is likely to be no long-term cost to you as gold has been shown to retain its value over the years – indeed it could do rather better than that. The chances are that in the case of a financial meltdown gold would not only hold its value but also appreciate substantially too as the crisis persists. And that brings us to the second top reason to own some gold. Gold is likely to become more scarce over time, perhaps considerably so, while demand will continue to grow. The huge populations of countries like India and China – countries where the citizens have shown a propensity to own gold – are becoming wealthier with enormous numbers moving upwards into the middle class (potential gold buying) bracket.

Global gold production is plateauing and will be turning down, perhaps sharply, by the end of the current decade. Almost all the experts agree on this fact. The Global Financial Crisis changed the gold mining game. Gold miners were forced to look at the bottom line rather than continue what to many had been a ‘growth-at-any-cost’ policy. Big capital programs were halted, mineral exploration was cut back severely and the numbers of major sized new gold projects in the pipeline fell enormously. The big new projects which had been fueling production growth are mostly simply not there anymore and with the permitting lead time to bring a major new find into production now taking perhaps ten years or more, there seems little chance of any return to increases in newly mined gold production until perhaps the end of the next decade – if then. This time demand is likely to increase, particularly in the East which currently absorbs around three quarters, or more, of all available new mined gold. Eastern gold buyers are mostly firm holders and far less likely to take profits as the price rises than their western counterparts. This should lead to gold appreciating – at least in dollar terms – over time anyway, and perhaps quite substantially.

How to Purchase Gold

In the United States, there are two main routes into holding gold – purchasing bullion and storing it at your home or in dedicated safe deposit boxes or vaults, or buying gold ETFs. If you are buying gold as insurance against total financial meltdown as suggested at the start of this article putting the money into gold ETFs may not be such a good idea as there is financial sector counter-party risk. The custodians of the ETF gold are major global banks in London and are thus part of the financial sector which could also suffer the kind of collapse one would be trying to protect oneself against. Similarly, storing one’s gold in safe deposits or vaults which are controlled by banks and the financial sector might also be a risky option should the worst happen. So what is the answer? Probably holding your gold in a safe place at your home – and in small enough sizes to be readily tradable –perhaps say in a mixture of one ounce and fractional ounce sizes. Silver coins too could also be a good bet as a way of holding ‘money’ in more readily convertible amounts for day to day transactions, although of course storage volumes would be far greater than for similar values in gold coinage. At least all this could help keep you in day-to-day supplies while the financial system sorts itself out by which time your remaining bullion could be worth several times what it was at the start.

Other Reasons to Buy Gold and Silver

While we’ve covered what we consider the top two reasons for buying and holding gold bullion there are many more dangers facing us – not least possibilities of war, stock market meltdown, political upheavals etc. all of which could destabilize the economy and be gold and silver positive. Governments might consider confiscating gold to bolster their economies and anything held by the financial institutions would be particularly vulnerable here, while to confiscate gold held at home by individuals might well not be worth the effort. In our view gold and silver are great investment options anyway as gold likely gets scarcer, silver rides on gold’s coattails and other investment options look increasingly vulnerable. Precious metals tend to have stood the test of time as wealth preservers at the very least and as very positive wealth enhancement choices when bought at the right time in the price cycle – and now could very much be one of those ‘right times.’
April 25, 2017
Did you like this post?
0
0
Search The Blog
Categories
Recent Posts