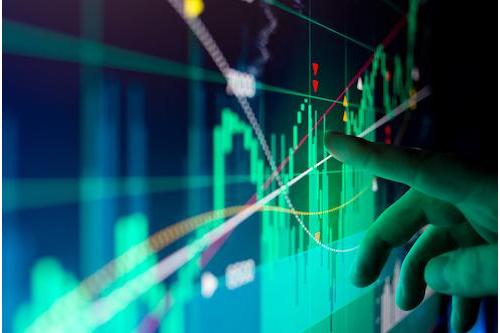 There is a stock market indicator that says gold is going higher. For the last 100 years, each time this ratio has reached a high point, gold has moved higher (see chart). We are at this place again. The ratio in question is stock market capitalization versus GDP. In other words, it is a comparison of the value of all holdings in the stock market, to the total of earnings in a year.

Around the year 1928, this ratio peaked at around 98%. Following this peak, the U.S. dollar price of gold nearly doubled within five years. As you may know, the stock market collapsed during the Great Depression. This brought the ratio down to near 25%, where it hovered until the late 1940s. The next relative peak was reached around 1971, with the ratio near 86%. Gold climbed 2,000% over the next nine years.

The ratio peaked again at an all-time high of 137% early in the year 2000, at the height of the dotcom bubble. From there, gold gained an average of over 50% per year for the next 11 years.

This brings us to the latest peak of the ratio today, which, for the first time in history, is over 200%. Measured in U.S. dollars, the value of stock market financial assets is now twice that of the earnings on Main Street. This is also a significant increase from the previous peak seen 21 years ago. In the last 100 years, this ratio has never been higher. You’ve heard the expression “We’ve never been here before”. In this case, we truly haven’t.

Granted, just because we’ve never been here before doesn’t mean this ratio could not climb further.

One consistent theme regarding each peak mentioned is the nearly exponential increase in the ratio immediately before reaching the peak. Today’s peak is no exception, having risen rapidly for the last two years. Most often, there is also a leveling out of the ratio before the peak is reached. That is, the rate of climb begins to flatten out before the peak is reached. This is also happening now, indicating a peak is either upon us imminently, or will be realized shortly. If history is any guide, we could see gold increase eight or nine times over the next decade, by averaging the previous three occurrences. This analysis compares favorably with data released by money manager Michael Oliver in a recent interview. In this audio interview, Michael compares the current bull market in gold with previous gold bull markets, and believes we could see gold at $8,000 within two years, if history rhymes reasonably.

Another aspect to this is what is happening to the ratio and the dollar after each peak is reached. Since the ratio is a measurement of stock market value versus income level, a decrease in the ratio requires either lower stock prices, higher incomes, or both. In fact, the ratio has been the highest near stock market peaks. Following the previous ratio peaks, we saw the stock market crash of 1929, the bear market of 1973-74, and the dotcom crash of 2000. This could indicate that lower stock prices are ahead, if we are nearing peak ratio today. By repositioning assets from the stock market to precious metals in an environment like today, it is possible to avoid losses while securing gains. It is also possible to take advantage of more favorable tax treatment of capital gains by selling stocks now, rather than waiting until after President Biden’s planned tax changes take effect.

It has often been said that gold stays the same, but currency moves up and down in value. In other words, gold or silver being priced higher over the course of time indicates the level of currency devaluation, rather than the level of price growth in precious metals. This is another way of measuring inflation, whereby it takes more dollars in the future to purchase the same amount of goods and services. Sometimes, an increase in income is more about devalued currency than growth in the economy. The same point could be made about increasing the minimum wage to $15 an hour. Often, what happens is income growth is short-lived, while price inflation and currency devaluation continues unabated. I believe a better solution for the minimum wage is a return to sound money backed by precious metals.

During the stagflation of the early 70s, while the stock market was coming down, incomes were increasing in nominal terms. But this was more a result of price inflation or a devalued currency than real growth in the economy. An increase in the minimum wage today would likely produce the same effect. The amount of dollars floating around in the economy was rising while the stock market was falling, but the value of the dollar was falling, as well. This phenomenon and how gold is the solution to its resulting problems is discussed more thoroughly here. Nations of the world lost confidence in the dollar as its value fell, to the point that in 1978, the U.S. government issued Treasury bonds denominated in Swiss francs instead of dollars to entice investors to purchase them.

Part of what makes the current peak ratio of stock market valuations to earnings so extreme is that corporate earnings have been dropping, while stock prices have been rising (see chart). This will make the inevitable correction that much more painful when it begins. Some of the highest-flying stocks have no earnings at all, which has helped propel the ratio to 200% for the first time in history. Few people are willing to work for zero wages. Someday soon, investors may tire of investing in companies with zero earnings. This will bring down both the ratio in question as well as stock prices in general.

In the end, it makes investment sense to remove capital from sectors that cannot sustain their altitude and add it to sectors poised to climb in nominal terms. Gold, silver, and platinum appear to be prepared to climb further, while stocks with no earnings and negative yielding bonds seem overdue for a correction (already lost $2.4 trillion in value). It is not likely we can stay at a ratio of 200% for long; something has to give. By taking action now, you can avoid the rush to the exit while stocks are going down, and secure some physical metals while they are available for purchase. There is rarely a shortage of metal in existence, but sometimes there is, in fact, a shortage of metal available for purchase when demand is high. Plenty of good choices remain available today.