The Threat to South Africa and the Krugerrand 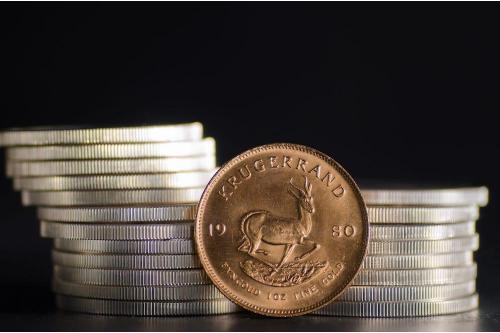 The Threat to South Africa and the Krugerrand

As a matter of full disclosure, I have a personal, and a vested interest in the information we are sharing with you today. Besides having friends who were born, and continue to live in South Africa, who have experienced many of the atrocities explained in this article, we also own Krugerrand. I have recently purchased the Silver Krugerrand, and believe it to be a wise purchase, for reasons which will be outlined below. This is the first year for the Silver Krugerrand. Silver of any type is currently a bargain. But a sovereign coin, created by a nation that is disintegrating and might someday soon no longer exist, would also have collector value. While I would not wish this upon any society and hope things turn around, currently things do not look promising.

Normally, bad news travels fast. But today, there is much disagreement about what is good vs bad, so bad news sometimes travels more slowly. We are currently in the awkward position of having a previous US President saying good things about a new policy of theft in South Africa, while the sitting US President questions it.  What initially seems to be a racial issue on the surface, is, in reality, more of a governing philosophy issue. The philosophies of personal choice and economic freedom, versus the philosophies of communism and corruption. At present, the “rainbow nation” of South Africa is at risk of losing their existence as a viable society. The concept and protections of privately owned property have begun to erode, and violence against minorities is surging.

Legislation has recently been introduced to confiscate the assets of the privately held Reserve Bank of South Africa. If ratified, it would wipe out shareholders and transfer currency and gold/silver production to communist-leaning bureaucrats.

The government of South Africa has recently announced a plan to confiscate farms and other property and redistribute to residents with little to no farming experience. While officially it means the farms would be confiscated by the government, what it has led to is farmers being attacked by roving bands of armed criminals. Last year, 2-3 farmers were murdered each week. Some politicians have led their constituents in chants of “Kill the Boer”. Boers are White residents, many of them farmers, whose ancestors began farming in uninhabited regions of South Africa hundreds of years ago.

While many of these policies were created in the name of providing greater equality, in effect, they have often reduced the opportunity for all. Under what was once considered “Apartheid” society in South Africa, unemployment for White residents was 0.66%, while for Black residents it was 12%. For the last 25+ years, as Apartheid was dismantled, and policies were put in place to disenfranchise Whites. One Apartheid system was replaced with another. Race-based policies can often have disastrous effects and unintended consequences when other factors such as knowledge and experience are not considered. After several years of White employees being fired from supervisory and governmental roles for being White, the White unemployment rate today in South Africa has grown from 0.66% to 8.5%. Some would say this is “justice”. Tragically, the unemployment rate for Black South Africans has simultaneously grown from 12% to 40.7% today in 2018. Surely this was not the goal.

As a result, there is much unrest in South Africa today and unprecedented levels of violence. Not only against the White minority, but also for everyone. Even parliament is not a safe place in South Africa, where violence among government officials can and does break out at any moment. Such events can and do affect the value of the South African currency, the Rand.

When the leaders and those considered to be the most upright among a society participate in corruption and violence with one another, society at large will soon follow. And it has. Schools, farms, businesses, trains, public transportation, and government buildings nationwide have been looted and burned, as roving bands of discontented residents take their frustrations out on something or someone. Armed hijackings of armored cars, called “Cash-in-Transit” robberies, occur in broad daylight on major streets. Sometimes, government officials and members of the police are involved in committing these crimes, providing explosives, weapons, and information to help the criminals be successful.

When the effects and threats of corruption and communism begin to infect a region, foreign capital begins to leave. Already, the current and future value of South African land, currency, and other assets have begun to decline. The expropriation of farms is not enough for some representatives, who have begun to realize that owning land does not automatically produce a profit. Work and many variables are involved with operating a large farm successfully. As multi-generational farms are taken from the experienced owners and given to those with little to no experience, productivity and the ability of South Africa to feed itself will wane. Some are calling for a more direct route to wealth, by nationalizing the Reserve Bank of South Africa.

Instead of being given farms, politically favored individuals would be given responsibilities in the management and creation of national currency, and sovereign Gold and Silver coins. Already, the value of real estate and the paper currency of South Africa has begun to depreciate at a rapid rate. Many farms are listed for sale, with few willing to purchase, due to the threat of confiscation. As South Africa appears to be following in the footsteps of neighboring Zimbabwe, even their national currency is at risk. At the end of the day, perhaps the safest investment for those looking for a stake in South Africa is the Gold and Silver being mined and refined there. Something for which there is always an International market and demand. With the South African Krugerrand, you also have the opportunity to own a slice of history that hopefully can continue.

Posted in: Investing, History, Gold
By Bill Stack
More from this author
Did you like this post?
0
0
Search The Blog
Categories
Recent Posts