Silver Setting up for Significant Run 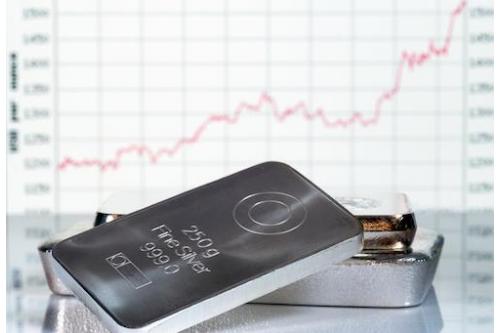 Silver Setting up for Significant Run

As events continue in the war between Ukraine and Russia, I thought it important to look at likely impacts on silver prices. We have already seen a renewed focus and viewed the likely impacts on gold, as the international community seeks a way to insulate itself from the negative impacts to the dollar. Still, silver also appears to be setting up for a significant run. Technical analysis from two different perspectives suggests that the upward momentum we see developing for gold prices could be dwarfed somewhat by the momentum currently building for silver. It is essential to position your portfolio before the bulk of this movement to the upside occurs. Today, we will look at what analysts are saying and why it is more important to diversify into/add silver to our portfolios today.

Regarding Russia, we have raised the question before about "who is sanctioning whom?" A recent example is emerging from the experience of Mcdonald's, which recently shut down 847 restaurants. The American fast-food giant draws 9% of its corporate revenue from Russian operations, but those revenues won't come in while the stores are closed. The corporation continues to pay Russian salaries while the stores are shuttered, impacting the balance sheet and stock performance for Americans holding Mcdonald's stock in their retirement portfolios and stock indices. In a recent development, some in Russia have petitioned to re-open these closed locations as a new Russian chain restaurant called "Uncle Vanya." The new logo tilts the Golden Arches sideways, and the venue plans to use only Russian ingredients and charge lower prices. A dangerous precedent for investors is if other American corporate assets are also confiscated and "Russianized."

In a recent interview with analyst Michael Oliver, some interesting trends were noted for gold, silver, cryptocurrencies, and the stock market. Michael has made several accurate observations throughout his career, and I appreciate his analysis. In short, Michael believes the stock market has become significantly over-extended with danger to the downside, and the link between U.S. Treasury Bonds and gold prices has broken. Gold has been outperforming Bitcoin for the last few months and looks likely to continue to do so. He believes gold and silver are among the few safe assets left, as funds begin to rotate out of the other above sectors looking for safety and opportunity. But what he has observed about silver caught my attention, and I believe bears repeating.

From 2011 to 2020, silver underperformed gold for the most part. But this trend is changing, and Michael's analysis suggests that silver may outperform gold for the next 1-2 years. The ratio of silver to gold performance since 2021 has been approximately 1.4, meaning that silver has risen 1.4% for every 1% rise in gold prices. Michael believes this performance ratio could rise to as high as 3, meaning that silver could rise to 3 times faster than gold over the next 1-2 years. This suggests $60/ounce silver in 2023, and $240/ounce in 3-5 years, as gold approaches $6,000-$8,000/ounce. Typically gold has increased 6-8 fold from a recent low point, following a period of stagflation. From this point, $240 silver represents a far more significant percentage gain (960%) than $8,000 gold (400%).

Traditionally, gold has been more stable and less volatile than silver and plays a vital role in every portfolio. But when silver begins to follow gold higher, it sometimes moves quickly. We appear to be entering one of those seasons. This does not mean that gold and/or silver will only move higher daily; on the contrary, they will both fluctuate daily. But overall, the next few years should be kind to the metals and those who own them. In this scenario, silver typically experiences periods of outperformance relative to gold. While tides can change quickly in that regard, we are a long way from recommending selling silver. While gold has broken out to reach new highs recently, silver is yet to follow in that regard. To reach inflation-adjusted highs of $50 achieved in 1980 implies $182 silver today - so much upside still exists.

Patrick Karim of NorthstarBadCharts.com also sees good things up ahead for silver prices by looking at historical rates of change in the silver prices over 7 and 14 years. When pricing silver in oil, we see similar positive trends in the making. Silver rarely breaks above the 7 and 14 years moving average trend line. It has done so only three times since 1970 (see graphic) and has moved significantly higher in every case. Depending on which period we are looking at, similar performance from today would create a silver price of $182, $520, or $650 per ounce by 2028. The average performance of these three periods measured from today implies a silver price exceeding $400/ounce within 5-6 years.

Silver is bouncing off of the trend line again now. A shorter-term analysis using Patrick's silver/oil trend line reveals a positive trend in 2-3 years. Silver reached this trend line in 2005 and it climbed significantly higher in 2-3 years. The four other periods (see chart) saw an increase of 30%, 99%, 191%, and 376%, for an average 2-3 year increase of 174%. This type of return would place silver near $46 within two years. While not as impressive as the 5-6 year projections, it would be a healthy return compared to other assets falling in value over the same period.

Lastly, the 28-year silver momentum chart looks at previous cycles silver has ranged. While past performance does not necessarily indicate future results, silver seems primed to move higher using the four different technical analysis tools we discussed today. This chart also indicates that we could see silver in the $46 range by 2024 but continues to project further growth to $100 by 2027 and $300 silver by 2033. This says nothing of the myriad of other reasons silver should do well, such as continuing to emphasize alternative means of generating power and transportation using silver (solar panels, electric vehicles).

The point of this discussion is that we want to store our assets in something that can help us survive the inflation we see raging around us and help preserve our purchasing power on the other end. By storing a portion of our savings in gold or silver, we can come out ahead over time. Even though neither gold nor silver pays interest, they often have sufficient growth to match or overcome the inflation rate - which no savings account can currently do. Unfortunately, the days of keeping our savings in savings account at 6 or 7% interest no longer exists for most of us; we have to think outside the box.