Recession Fears are Here to Stay, Is Gold on the Rise? 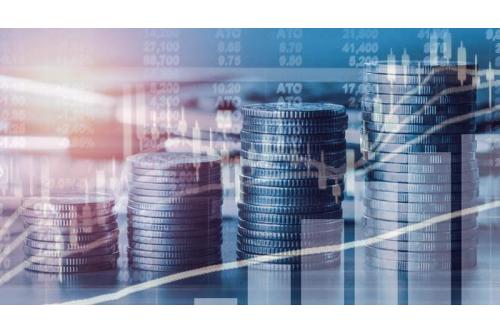 Recession Fears are Here to Stay, Is Gold on the Rise?

gold federal reserve invest in precious metals trade war
Estimated 5 min read On Wednesday of last week, the Dow Jones Industrial Average saw its largest single-day fall for the entire year.  As extreme fear continues to be a main driver in the market, investors watched as the DJIA dropped an astounding 800 points last week, after the bond market flashed a major recession warning for the first time in over a decade. That warning sign is the ten-year Treasury bond yield falling below 1.6 percent Wednesday morning, marking the first time since 2007 that the ten-year bond yields fell lower than their 2- year yield bond counterparts. This inversion of the 2/10 Treasury yield bond curve has preceded every recession in modern history – and that is obviously turning some heads.

With the market’s recent volatility, could gold see its value continue to rise?

Even though the market did climb back by the weekend reversing the yield inversion in the process as well, it seems that these factors are being interpreted as a “warning shot” intensifying investors’ worries and uncertainty in the market.  The last recession in 2008 came two years after its yield inversion, which potentially bodes well for the market, but possibly only in the short term. Many are genuinely concerned that a recession could arrive within that previous two-year window. With the German economy shrinking in the second quarter and the US- China trade war with no end in sight- investors are beginning to believe that a recession looms just beyond the horizon.

On the international trade war, President Donald Trump said he expected the U.S.-China trade dispute to be short, this past Thursday, and that September talks were still scheduled to go ahead despite the altercation between Trump and China recently. China, on Thursday, also said it was prepared to take unspecified steps in response to Trump’s decision earlier this month to impose additional tariffs on imports of Chinese goods beginning Sept. 1.

Any hopes that either the Fed or the White House can salvage the market are also starting to diminish.  As illustrated in the first seven months of this year, the stock market indeed reacted well after the Fed pauses a rate cycle and behaved as it is expected.  However, when the Fed starts cutting rates after a pause, the market tends to have a negative reaction.  The hope of Fed cuts has been propping up the market all year, but rate cuts are usually not good for the market, especially if it is poised toward a recession. In fact, according to the New York Times, more than 30 central banks around the world have cut interest rates this year alone.  Many investors view this type of activity as an attempt for these countries to shore up their own economies in the midst of rising concerns over global growth, trade conflicts and the threat of a messy Brexit. Countries including India, New Zealand, Thailand, and even Mexico have all lowered lending rates.  President Trump continues to encourage the Fed to follow suit and lower rates as well, just as many countries have and continue to do so, in an attempt to make their local economies “recession-proof.” On Monday, President Trump issued a series of tweets in which he claimed the economy was very strong “despite the horrendous lack of vision by Jay Powell.”  The president reiterated his previous calls for the Fed to slash interest rates by a percentage point to bolster the US and global economy. Powell will speak this coming Friday at the central bank’s summer retreat at Jackson Hole.

It also seems pretty clear that the likelihood of a trade deal resolution continues to elude the United States and China as trade rhetoric has greatly deteriorated in July and August, with pressure mounting on the White House to make a deal with China while the market and the farming sector suffer. Market bulls may point toward the strengths of the economy right now, however, while citing that the market has in fact already recovered from the massive loss it experienced last week.  Yes, it is true that the US economy is still exhibiting several strong characteristics including the strength of the US consumer, as evidenced by retail sales growth surging in July, as well as a historically low unemployment rate. And while these two numbers typically point toward a stronger, confident economy, they are also viewed as somewhat “lagging indicators.”  Typically, the consumer and the job market end up being the final holdouts up until a recession hit.

As recession risks continue to rise, it is no surprise that gold futures logged their highest mark on the same Wednesday the market dropped eight hundred points.  Many believe that the pairing of the recent market action along with a yield inversion are substantial signals for uncertainty about future expectations in the market. Upon closer inspection of the market, we are seeing signals that all point to a likely slowdown on a substantial level. Should the market continue to deteriorate in the coming weeks, along with a resulting widening of credit spreads- the Fed could act aggressively, potentially even cutting rates between scheduled meetings.

The US Federal Reserve’s Annual Conclave

Investors now await the US Federal Reserve’s annual conclave on Friday for clues on the future trajectory of interest rates.  Traders see a 68.8 percent chance of a rate cut by the US central bank next month.

And gold seems to be reacting positively to all of this action.  Gold rose 1 percent last Wednesday alone.  From mid- June up until the beginning of August, Gold had hovered between just under $1,400- $1,450 per troy ounce.  However, since the beginning of August, we are seeing gold make a sizable climb into the territory of +$1,500 per troy ounce. This type of uncertainty, of course, bodes well for investors in gold and other precious metal futures.  As long as factors like geopolitical tensions, Brexit uncertainty, global growth concerns, and central banks easing monetary policy remain key drivers in the marketplace; gold bulls should remain in control.
Posted in: Investing , Silver , Gold
Did you like this post?
0
0
Search The Blog
Categories
Recent Posts