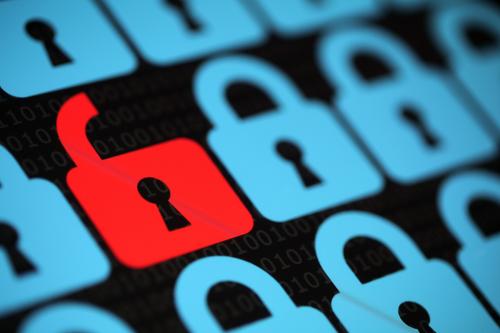 Security Breach at the Highest Level

Recently, I was notified by the federal government that they had lost control of private information about millions of military veterans, including myself. They believe that a foreign state actor hacked into the computer networks that house personnel data, and that our Social Security numbers and other identifying information had been compromised. As a result, the federal government is providing us with identity protection services at no charge, for the foreseeable future. While I am grateful for the complimentary coverage, I am also concerned about other breaches that happen here in America on a daily basis, involving our money. If the authorities charged with protecting our information, and that of thousands of financial corporations, are unable to protect the information on their own government computers, it is not likely they can protect the data on computers they do not control. You might remember a story from last year about how "$100 Million was stolen from the Bangladesh Central Bank." What a headline like that fails to reveal, is that the money was stolen electronically from the New York Federal Reserve, who had been holding it for Bangladesh. All total, $1 Billion was attempted that day, and $100 Million made it out the door to internet thieves around the world. Today, it's estimated that $81 Million remains unaccounted for. There have been other breaches, as revealed by the New York Times, where upwards of $900 Million have been stolen by various electronic means, never to be recovered. Strange how we hear about someone holding up a bank, and making off with $5,000 in cash, but millions stolen electronically are woefully under-reported, so as not to create panic.

One of the benefits of owning physical precious metals is that it cannot be “hacked” electronically by state or non-state actors operating down the street or far away. Whether you store precious metals securely on your property, or with the private vault services of a reputable dealer, your gold and silver cannot be stolen electronically. That being said, it is good to keep a folder with a paper listing of your metals held in private vaults, in case the computer that has your information stored on it becomes the target of a successful hacking attempt. While any computer can be hacked, tangible items like gold and silver cannot be. Electronic attacks can bring down stock markets, and cause debt markets and banking systems to seize up. But no amount of electronic interference can change the composition of precious metals either in your possession or on deposit at an insured non-bank depository. Cyber threats have become a significant source of angst for not only corporations and individuals, but also governments. It is difficult to start a new branch of the military, but the foundations for the US Army “Cyber” Branch were approved in late 2014, and approximately 1200 were added to the branch last year. They are charged with protecting the nation from cyber threats from the outside, as well as conducting offensive cyber operations as necessary against enemies of the United States. There are other federal agencies with similar capabilities, focused on domestic cyber crimes, but in the end, there is still much we can do to help protect our financial future and that of our families. By allocating a portion of our assets to precious metals, such as various types of gold and silver investments, we are removing that portion of our assets from the threat of cyber theft. No matter what kind of data gets scrambled on our computers, or that of companies we deal with, gold will still be gold, and silver will still be silver. Rare investment coins will not become less rare, because the banks or stock markets are closed due to a cyber breach, and gold bullion does not vanish, like some cryptocurrencies, when the power goes out.

It is a little bit ironic to think that the safest investment against the most technologically advanced cyber threats, is an investment with a 5,000+ year history, that predates the creation of the modern computer and internet. While the most advanced electronic devices in the world require precious metals to function properly, these same precious metals need nothing else to function properly as a store of value, a purchasing-power-preserver, or as a means of exchange. One of the best ways you can put the "power of precious metals" to work for you is to put the silver in your smartphone to work and make a "smart" call to a reputable dealer to invest. But fair warning — you should only purchase the quantity of metal that you can not afford to lose. Because when the power grid, your local bank, or brokerage house has been knocked out due to a cyber attack, only your precious metals will remain. And remain, they will. Whether in your possession or in an insured depository, you will find it comforting to know that your assets are secure, no matter when or if the cyber genies get put back in the bottle. The war drums are beating a little louder these days, and while not everyone has the capability to attack the United States militarily, increasingly savvy actors, from both inside and outside the United States, are looking for ways to attack the assets of the American people. Do yourself and your family a favor, and transfer some of your assets into a form that is impervious to all types of threats, including electronic ones. That will help make it easier to enjoy the other aspects of life, that also cannot be hacked...
Posted in: Investing , Silver , Gold
By Bill Stack
More from this author
Did you like this post?
0
0
Search The Blog
Categories
Recent Posts