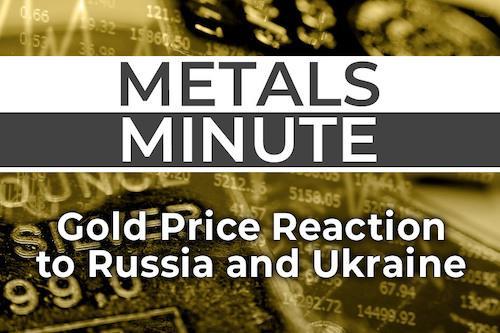 All precious metals prices are higher this morning as we digest the latest news coming not just from Ukraine and Russia but from financial sectors all over the world. This conflict is somewhat unorthodox, as a military response from other nations has seemed unusually slow, while financial responses have been unusually fast.


Over the weekend, discussions have moved forward concerning removing Russia from the SWIFT financial transaction system, while Russia claims it has a workaround solution ready to roll. Russia raised short-term interest rates to 20%, amidst a Ruble currency drop of 40% vs. gold. A possible $750 increase for an ounce of gold, if here in the United States.

While nations are aligning against Russia, some declare their allegiance to them. Curiously, the Dollar did not surge on the international stage and fell against the Chinese Yuan. When pressed to increase oil production to counter the loss of Russian oil available in world markets, Saudi Arabia expressed their desire to honor its Russian agreements instead.

With Russia supplying 10% of world oil (including record amounts to the US), this will lead to higher oil and fuel prices and further support for precious metals.