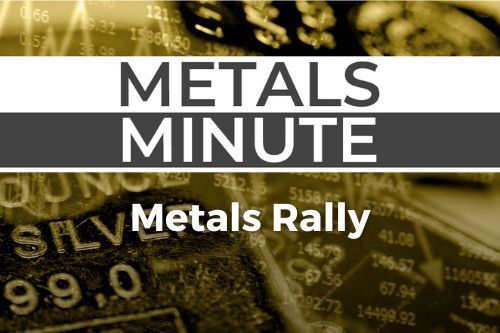 We see all the metals moving higher over the weekend, with gold and silver recovering from being oversold on a technical basis.

Meanwhile, a bifurcated dollar is wreaking havoc internationally, with the dollar rising against many currencies worldwide. The Euro, for example, is trading near a 20-yr low compared to the dollar, due in part to difficulties expected from a lack of natural gas from Russia.

Russian company Gazprom released a “force majeure” letter to some European nations (including Germany) on July 14, informing them they would be unable to supply contracted gas due to circumstances beyond their control. In this case, a turbine in Canada for repairs was delayed in being returned due to sanctions. It is now en route, but it remains to be seen how long the gas will be halted.

The dollar at home, however, is losing 9.1% per year when measured by the CPI. One area to keep an eye on is agriculture. Due to water restrictions, drought in the western U.S. has led to 800,000 acres of California farms to lie fallow. A report by Bloomberg describes $10 bread as the next $5 gallon of gas. Store savings in precious metals when you can.