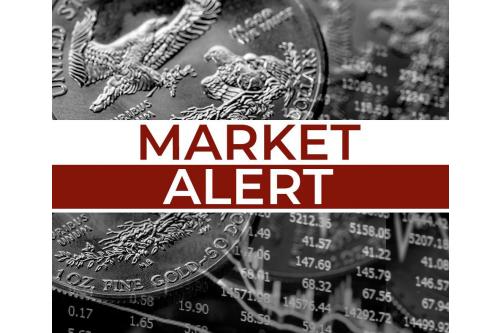 With all the uncertainty in the air this election season, the last few weeks saw some wild swings in all financial markets. The Dow Jones dropped almost 1,000 points at the start of last week as talks of another round of stimulus payments stalled and new cases of COVID-19 surged, not to mention the impact of new lockdowns going into effect in Germany and France and new COVID restrictions in other places.

“The double whammy of a stalled stimulus bill and new highs in cases is a harsh reminder of the many worries that are still out there,” said Ryan Detrick, chief market strategist for LPL Financial.


Gold saw a sharp sell off on October 27 and 28, dropping from a high of $1,909 to a low of $1,864 during that two-day period. The future looks strong for gold bulls, though. No matter who wins the U.S. Presidential election, our country has racked up more debt in the last seven months than it did over the last 10 years combined. The price of gold tends to move the opposite direction as the U.S. dollar index, rising to the same degree that the money is printed and the government debt increases.


Platinum had been steadily inching up all month before dropping from $893 on October 25 to $848 by October 31.


Palladium is the rarest and often most volatile precious metal and it too followed a very similar track as platinum. It inched up all month to a height of $2,262 only to fall back down to $2,094 at the end of the month.


Many people from all walks of life are calling this year’s presidential election the most important election in history. The candidates have different views on the direction that the country should be headed and could end up steering this country down completely different paths.

In times of uncertainty, many analysts and financial advisors recommend investing in precious metals to shelter assets from the volatility of the stock market and protect against rising inflation.