Market Manipulators vs Silver and Gold 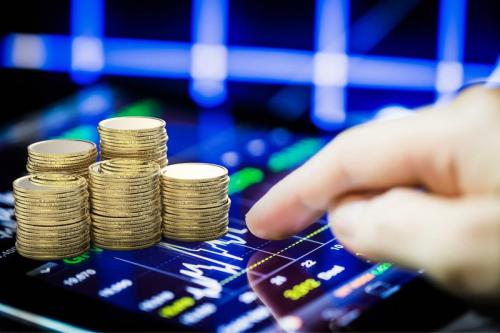 Market Manipulators vs Silver and Gold

What does it say about our financial system when regulators seem more concerned with protecting criminal enterprise than individual investors? In the last several years we have seen the largest institutions routinely game the system in their own favor. In response, financial regulators have often levied relatively small fines, while allowing the crimes and the criminals to continue. Some estimates are that $1 in fines are levied for every $30 in profits generated by the illegitimate trading strategies executed by the big banks. When government agencies receive ongoing funding from criminal enterprise while allowing the criminals and the enterprise to continue, perhaps it is time to protect ourselves from both.

Having said that, it does seem to be getting better. People who work at major financial institutions have at least started going to jail for financial crimes, which is more than what happened during the Great Financial Crisis. We can only hope that CEO’s will determine it is too risky to allow illegitimate trading strategies to continue, lest they too someday end up in jail. One of the most frequent practices that has been used is called “spoofing”. Spoofing is when traders enter bogus orders to buy or sell in large quantities, with no intention of completing the transaction. This is done in order to manipulate prices in one direction or another. Then, before the trade is completed (but after leading other market participants to react), the trades are cancelled. Money is made with other trades, pre-positioned to profit from the resultant price moves caused by the spoofing.

How much money is involved? While it is hard to say for certain, the fines involved indicate it is much more than chump change. Deutsche Bank (DB), for example, was recently implicated in a $2 Trillion worldwide money laundering scandal involving other large institutions. DB is believed to be involved with more than half of the money being moved in a criminal way. What is troubling is that these allegations cover a 20-year period. Many of those involved in these crimes no longer work at these banks, and some have already died. Meanwhile, the main concern expressed by some is that if this scandal brings down DB, it could bring down the entire financial system. Until now, DB financial crimes have been used as a steady revenue source for various government agencies.

When it is more important to make sure a criminal enterprise is allowed to stay in business than it is to prevent them from committing more crime, it indicates that perhaps the system itself has become corrupt. Using DB as an example, we can see that questionable activities have been part of the business plan for several years. In the 1930’s and 40’s, DB provided financial support to the Nazi regime, with close ties to Himmler and other Nazi officials. In 2004, DB was sued for it’s role in helping clients set up tax evasion schemes, which it settled for an undisclosed sum. Between 2008 and 2016, DB paid over $9 Billion in fines and settlements. Activities included manipulating Gold and Silver prices, defrauding mortgage companies, violating US sanctions with various countries, and manipulating LIBOR (interest rates).

In 2017, DB reached a $7.2 Billion settlement with the Justice Dept for offering toxic mortgage securities. They were fined an additional $425 Million for money laundering ($10 Billion from Russia), and $287 Million for manipulating LIBOR (again) and other interest rates paid by consumers on various loans. In 2018 they were fined $100 Million for manipulating interest rates (again) and precious metals prices (again). Earlier this year they were fined $150 Million for irregularities related to the finances of Jeffery Epstein. But DB is not alone here. Any financial transaction involves at least 2 parties, and often at least 2 financial institutions. Time and space do not allow us to list every infraction and resultant settlement. Suffice it to say that Goldman Sachs recently agreed to pay a $2.5 Billion settlement related to a $10.5 Billion fraud, and this week JP Morgan is being fined $1 Billion for spoofing precious metals prices and US Treasury bonds. The corruption appears to be systemic.

As part of the condition for JP Morgan to accept the fines, the government agrees to stop investigating past crimes related to these fines. As far as future crimes go, the article states “...The government’s settlement with JPMorgan is not expected to result in any restrictions on its business practices...”. So what does this mean for you and I, the average consumer? Apparently, we can expect that such behavior might continue. When such crimes are addressed looking 10-20 years back, perhaps they will be able to get by with for a few years before being fined again. When paper financial instruments, interest rates, and markets are rigged against us, where can we safely store wealth?

Protecting Ourselves with Physical Gold and Silver

One objection sometimes heard, is that if these big banks have manipulated Gold and Silver prices in the past, what prevents them from doing it again in the future? In short, demand for physical metal. As we wrote about earlier, we are seeing a disconnect between the “spot” price for metals, and the actual price paid to buy or sell an ounce of physical metal. This disconnect has continued for several months now, and shows no sign of going back to the way it was. Perhaps the demand for physical Gold and Silver is making it harder on these financial institutions than even the regulators have been at times. One of the best ways to protect ourselves from corrupt financial institutions, is to invest in something they cannot print.