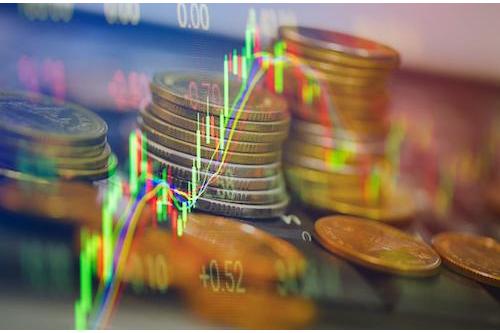 There are some indications that stock indexes are overextended and elevated, while precious metals are undervalued and oversold. This creates a unique opportunity to exit near the highs in one sector (stocks) and enter near the lows in the other sector (precious metals). Today, we will look at what is going on both in the stock market and with precious metals and discuss why now might be a pivotal time to make some portfolio adjustments.

There are many different metrics that are useful to help analyze future stock market performance. But nearly all of them involve looking at current and past price levels and comparing that data to other indexes or performance measures. Ideally, we look for recognizable patterns that have developed before major market shifts or events and compare those trends to scenarios developing today. There are four different metrics we will discuss in this article, the patterns of which indicate the stock market might be due for a correction. But before we delve into each of these metrics, we will discuss briefly why gold and silver have been hammered lower recently and why such a scenario provides a good opportunity to take advantage of the inevitable future value rises of these assets.

Last night (the evening of Sunday, August 8, 2021), during a time when gold trading is traditionally very light, someone sold $1 billion worth of paper gold in the span of 10 minutes.  Someone who had $1 billion of physical gold they wanted to sell would not do it like that.  The effect of such an order usually drives down the price of gold, ensuring that the one selling is not getting the best price for their gold.  Professional traders employing such a strategy on behalf of a gold owner would not keep their jobs for long when placing trades like that.  If, on the other hand, an entity wanted to purchase large quantities of physical gold (think a central bank, government, large investment bank, etc.), it could more easily do so by knocking down the price of gold first by selling lots of paper gold in a short amount of time.

The reasons given in the mainstream media for the recent smash in gold and silver prices do not make sense, in my opinion.  If the Federal Reserve is known for one thing, it is for inaccurate financial projections.  The threat of higher interest rates and/or tapering rings hollow, in my estimation.  The government is too far indebted, with the threat of another government shutdown looming, for it to worry about raising interest rates or limiting stimulus.  To say otherwise offers temporary support to the stock market and provides temporary confidence to those invested in stocks.  At the same time, saying otherwise would also offer a narrative useful to drive down the price of gold and silver.  It is as if the Fed knows the game is nearly up, and its efforts to “pretend and extend” the status quo are running on fumes.  Meanwhile, wise investors worldwide are loading up on physical metal.

The first metric we will discuss that suggests an overblown stock market is the relationship between the relative performance of the Dow Jones Transportation Index (Transports) and the Dow Jones Industrial Average (Dow).  A graph of these two indexes overlaid on each other shows that usually, the Transports index sets the pace for where the Dow is headed next.  It kind of makes sense.  When orders slow down, shipping slows down.  When shipping slows down, it means sales will slow down.  Even if orders remain high, when shipping slows down, there are fewer items to sell and hence fewer sales.  Viewing these graphs together reveals a distinct separation that occurred near the beginning of June 2021.  The Transports index went markedly lower (and has stayed lower), while the Dow continued to climb slightly, as if suspended in mid-air.  There is currently an 11% gap between the two indexes, which may indicate a correction in the Dow is looming.

The conditions mentioned above for the Transports and the Dow indexes were also seen at the beginning of the 2007-2009 market correction, which occurred during the Great Recession.  While there is no guarantee that the same scenario will occur now, circumstances look eerily similar.  Another metric that indicates a possible hiccup is likely is seen when we compare the Dow to the Hang Seng Index.  These two indexes generally jockey for position against each other and tend to be slightly higher or lower than one another at any given time.  But all in all, they have tended to follow the same general trend line over time.   There was a distinct separation that occurred in mid-July this year, however, that has opened a 9% gap between the two.  To return to normal, either the Dow needs to drop, or the Hang Seng needs to climb.  With the new pandemic lockdowns occurring worldwide, I would estimate it is more likely for the Dow to drop than the Hang Seng to climb.

Another good indicator to consider is the relationship between the Dow and the 10-Year U.S. Treasury Yield Index.  These two also tend to move along a similar trend line, while they both bob up and down along that line from day to day.  But beginning in April this year, we can see a separation forming between the two, with yields falling on the 10-Year Treasury, as investors begin to favor bonds over stocks.  As bond prices rise, bond yields fall.  Often, the stock market follows this type of move downward, typically within five to eight months.  A similar relationship between these indexes occurred before both the 39% market correction last March, and a 53% market correction during the Great Recession.  While past performance is not necessarily indicative of future results, prudence requires us to at least be aware of something similar beginning in the next few months.

The final indicator we will mention comes from the founder of Momentum Structural Analysis, Michael Oliver.  In a recent audio interview with Eric King of King World News, Oliver shared that his proprietary momentum analysis indicates that the stock market is beginning to wobble, before a likely move lower.  Applying the same analysis to gold and silver indicates that the likely low for gold was seen in March of this year and that the price appears to be prepared to move higher before the year’s end.  He doesn’t expect a sudden crash lower in the stock market, but rather a grinding process that takes the markets down 30% to 50% over several months.

While we are not predicting an immediate collapse either, the four indicators mentioned above, as well as others not discussed here, such as record margin debt levels, suggest those with uninsured funds in the stock market should proceed with caution.  At the same time, opportunity abounds in the precious metals sector.  In support of this thesis, I took advantage of the smash down in prices to purchase more metal already this week.  I recommend the same to you.