How Does Gold Protect You? 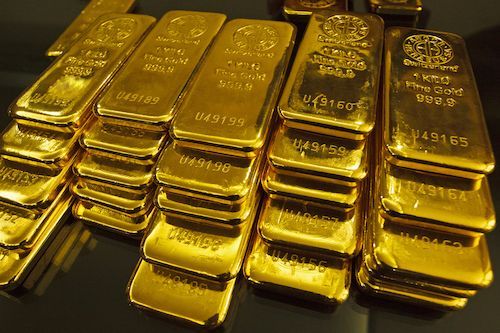 How Does Gold Protect You?

*(The term “gold” will be used to mean precious metals)

How Does Gold Protect Against Inflation?

Inevitably, over the last century, there were periods when inflation outpaced gold. People looking at the short term may look to those irregular periods as a reason to avoid gold. However, the math on inflation is worse over the longer term, and the math on gold is better with time. Investors with the longest time horizon tend to do the best. Holding gold for a year or two may offer some short-term inflation protection, but holding gold is better as a mid-term to multi-generational strategy.

What is Middleman Risk?

Middleman risk describes any intermediary or unit of separation in a transaction, process, or access to your money. Middleman risk abounds in the financial industry. Practically, every investment vehicle has middleman risk. For example, many people have most of their wealth in retirement accounts. There are many advantages to having a custodian manage the retirement account, but what happens if there is an emergency and money is needed quickly? Accessing funds requires contacting the custodian, filling out the appropriate paperwork, waiting for the custodian to process it, and then dreading Tax Day. Some companies are better than others, but the process usually takes more than a week or two before a check arrives.

One of the most significant middleman risks is banks. Banks are a convenient way to store money. Still, it isn't tough to visualize different scenarios where someone could lose access to their money. Perhaps a storm knocks out a transformer outside regular business hours, and there is no electricity or internet. The ATM would not work. Online banking would not be an option, and neither would credit cards. An internet hacker could either compromise the bank software or hold accounts hostage. An act of terrorism could destroy the bank. The bank could become insolvent, and depositors must file an FDIC claim.

How Does Gold Protect Against Middleman Risk?

Holding physical gold and cash is a prudent strategy to avoid middleman risks. Cash is practical but carries a harder-to-see but more significant middleman risk. The Federal Reserve is the middleman risk of cash, even held at home. Fiat currencies only have value because people collectively agree they are valuable. However, the Federal Reserve continues to print and devalue cash every day. They wouldn’t be able to print more gold.

Physical gold is better to have and not need than need and not have. This is exactly how insurance works. People buy insurance hoping they never need it, but if an emergency arises, they are glad they did. Holding gold and other precious metals is insurance against middleman risk.

Tyranny is an arbitrary or unrestrained exercise of power. Tyranny quickly becomes a total control system and is the antithesis of freedom and free choice. The very reason the Declaration of Independence was written and America came to exist was to shrug off the tyranny and oppression of an overreaching British government. The purpose was to ensure everyone's right to life, liberty, and the pursuit of happiness. The pursuit of happiness was initially understood as the pursuit of property.

When the Colonists framed the Constitution, the Anti-Federalists saw the dangers of a new government growing too powerful and turning into the albatross they had just fought to gain liberty. Unless the framers added certain individual protections, they refused to sign the Constitution. These protections are commonly known as the Bill of Rights. Thankfully, they had the logic and foresight to place these protections for life, liberty, and property. The three ideas are intricately intertwined and philosophical synonyms.

There is wisdom in setting protections for liberty for the individual and society. Governmental tyranny can take many forms, but many people have come to believe that it is funded and enforced through the tax code. Hammers see everything as a nail. The tax code can be seen as a governmental hammer, so all your wealth looks like a nail to the government. The borrower becomes beholden to the lender. The bigger the debt is, the harsher the enforcement one should expect. Reckless spending can be as tyrannical but more dubious as Gestapo-style door knocking to seize the property. The protections against tyranny are bulwarks against those who come to steal, kill, and destroy. Gold is a financial bulwark.

How Does Gold Protect Against Tyranny?

First, an invisible target is tough to hit. Buying gold at the U.S. Gold Bureau is a private transaction. After you buy precious metals from the U.S. Gold Bureau, it is up to you to decide what you do with your coins or bars. If you hide your wealth as physical gold at your house, the only people who will know you have it will be the people you tell.

Second, there is the “golden rule.” The “golden rule” says, “whoever has the gold makes the rules.” Without gold and other valuables, you probably won't be the one making the rules during an emergency. Suppose tyranny is the absence of choice to do otherwise. In that case, an element of freedom is about choosing the best way to live for yourself and your family. If a time comes when tough choices need to be made, you will want the leverage gold offers.

Fourth, gold has historically been a target of tyranny when the U.S. made gold ownership illegal in 1933. However, certain types of gold like numismatics and collectibles were exempt from confiscation. Section 2(b) states an exemption for “gold coins having a recognized special value to collectors of rare and unusual coins.”

How to Buy Gold

Buying gold from the U.S. Gold Bureau is simple, safe, and private. Transactions can either be done over the phone with assistance and education from one of our precious metals experts or online.

Protect yourself from inflation, middleman risk, and tyranny today.

Call the U.S. Gold Bureau for your Complimentary Consultation.