The History of the Flowing Hair Dollar 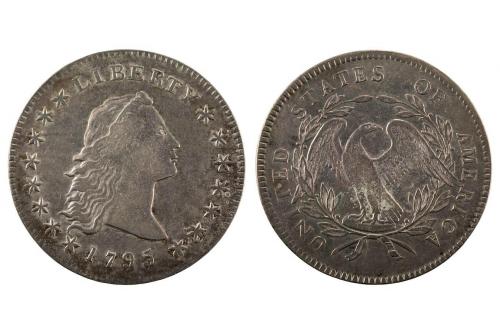 The History of the Flowing Hair Dollar

The very first gold coin ever minted in the United States by the federal government is known as the Flowing Hair Dollar. Among fans of rare coins, this is the most sought after specimen and to explain why that is, all one needs to do is consider the fact that in 2005, one minted in 1794 sold for over $7.8 million dollars, more than any other coin before or since. While those looking to purchase gold coins may never have that kind of money to throw around, studying the history of coins like this can really deepen one's appreciation of all that coins have to offer and this is why so many collectors do it.

This rare gold coin is the same size and weight as the Spanish dollar that was being traded while it was minted, between 1794 and 1795. The Spanish dollar was a popular choice for traders all throughout the North American continent and further south, as well. President George Washington himself called for the establishment of a mint and with the Coinage Act of 1792, this was made possible. Even though the Act was passed, not everyone believed that a national currency was a good idea. Some felt that each state should purchase gold and mint its own coins if that was what its leadership decided it should do.

Robert Scott was the designer of the Flowing Hair Dollar and his design features Lady Liberty in side profile with, as you might have guessed, her hair flowing back behind her. On the reverse side, is an eagle surrounded by a wreath of olive branches. Frederick Geiger was the one who did the lettering for this coin and he had to be very exact because since the U.S. was then in its infancy, foreign nations would be judging its coins more harshly than they would other better established nations. Fifteen stars can be seen on the back of these rare coins to signify each of the fifteen colonies that had ratified the Constitution by that point in history.

Of all the coins ever made in the United States, the Flowing Hair Dollar has long been considered the most sought after because it was the most rare and therefore the most valuable. As far back as 1800, coin collecting publications were already valuing the coin at $50 and it had only been first minted six years earlier so that shows how seriously it was taken even back in those days. One historian noted in the 1990's that there could not be more than 130 of these coins in existence today and that the number was perhaps 10 less than this, in total. That is a shockingly small number of coins and it is this rarity that makes the idea of discovering one such a thrill to coin collectors around the globe.

While it may never be possible for the average collector to own a Flowing Hair Dollar, it is heartening to know that those which do exist today are being preserved with great care. The Cardinal Collection Educational Foundation of California is one such institution that is presently home to one of the coins. Any collector who has a chance to see one of these precious coins on display should certainly never pass it up.