The History of Canadian Silver Coins 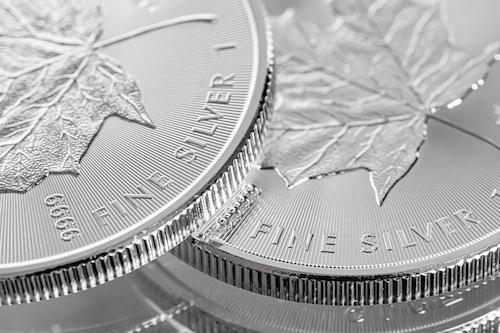 The History of Canadian Silver Coins

Coins were first created for Canada, which was at that time a province of the United Kingdom, in 1858. At the time, it was based upon the dollar of the neighboring United States and came in denominations of five, 10, and 20 cents. Later in the nineteenth century a 50 cent piece was added, though Canada didn’t mint a silver dollar coin until 1935. Since Canada didn’t have a mint of its own (it wouldn’t open the Royal Canadian Mint until 1908), all the coins were minted in London.

As is the custom for coins minted for the United Kingdom, its territories, and members of the Commonwealth, these early Canadian coins contained the portrait of the monarch at that time, Queen Victoria. This was later replaced by King Edward VII in 1901, King George V in 1910, King George VI in 1936 and finally, Queen Elizabeth the II in 1952 who still appears on Canadian coins today.

As silver prices rose relative to the face value of coins, fewer coins were minted with the metal and the coins that did contain silver contained less of it. In the 1960s the amount of silver in the circulating coins dropped to .500. In 1968 non-silver coins were introduced and that spelled the end for silver coins in circulation in Canada.

However, in 1988, the Royal Canadian Mint opted to create a silver bullion coin. Following the naming convention with the Canadian gold and platinum bullion coins, this coin is named the Canadian Silver Maple Leaf. On its reverse it features the maple leaf, a recognizable symbol of Canada. The reverse also displays the purity of .9999, the highest among silver bullion issues.

The obverse continues the tradition of having monarchs on the coins in the Commonwealth and features Queen Elizabeth II, her name, the face value of the coin and the mintage year. The nominal face value of the one-ounce coin is $5, which is the highest value among international silver bullion coins.

The Silver Canadian Maple Leaf is a beautiful coin and is a great addition to any collection. Contact the U.S. Gold Bureau today to find out more about adding it to your collection of precious metals.