Where Are Coins Minted in Canada? 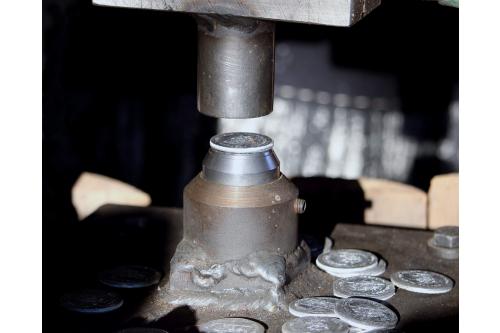 Where Are Coins Minted in Canada?

Canada has two mint locations: The Ottawa Branch and the Winnipeg Branch.

Unlike the United States, where coins are minted in several different locations, coins in Canada are only minted in two locations: Ottawa and Winnipeg. The history of these locations goes back just over a hundred years to 1908.

At first Canada didn’t even strike its own coins—they were done in London at the Royal Mint and at the Heaton Mint in Birmingham, England. Then in 1908, a branch of the Royal Mint was opened in Ottawa and Canada was minting its own coins for the first time. This branch, however, remained under the control of the British until 1931, when it was transferred to Canadian control. Early during the Ottawa branch’s existence it minted not only Canadian coins but British sovereigns as well. The Royal Canadian Mint—and by extension the Ottawa branch—gained even greater autonomy in 1969 when it was organized into a Crown corporation. A Crown corporation is a business entity that is technically owned by the Monarch but is operated as a largely independent company. This is a similar setup as the US Post Office or the United States Mint.

At the beginning of the 1960s, the Canadian government realized that it needed to add another facility to keep up with demand. At that time it was outsourcing some production to the Philadelphia Mint. The Ottawa Mint was becoming increasingly out-of-date and demand kept rising. At first the government had serious discussions about simply replacing the facility in Ottawa. It wasn’t until 1970 came around that a facility was proposed for Winnipeg. However, the law stated that the Royal Canadian Mint was required to produce currency near Canada’s national capital. Conversely, having a facility in Winnipeg would allow the Canadian government to purchase raw materials from Alberta. The government had previously been purchasing these materials from a foreign source. The Winnipeg Branch of the Royal Canadian Mint was opened in 1976 and started producing coins that year. The Royal Canadian Mint decided that the Winnipeg Branch would produce only coins for circulation and the Ottawa Branch would produce coins only for collection. In addition to Canadian coins, the Winnipeg Branch also mints coins for foreign countries.
Posted in: Investing History
by United States Gold Bureau
Did you like this post?
0