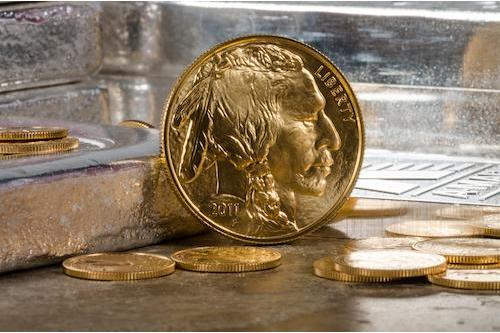 At United States Gold Bureau we live up to our name and to our reputation as your trusted gold authority by offering several wonderful gold coins to add to your collection. Whether you are new to collecting gold, adding to your Precious Metal IRA, or a seasoned gold collector, you will want to take a look at our inventory of gold coins.


What is the best gold coin to buy?


The United States Gold Bureau offers the American Eagle Gold Coins in both 1/10 oz and 1 oz denominations. The design of these coins are based off what is considered by many to be one of the most beautiful coins ever minted in the United States: Augustus Saint-Gaudens’ $20 gold piece, which was minted between 1907 and 1933.

These coins are legal tender and are the only gold bullion coins whose weight, content and purity are guaranteed by the United States Government. As a result, the Gold American Eagles can be added to your Precious Metal IRA.


The Gold Vienna Philharmonics are among the most famous and sought-after gold coins in the world. First minted in 1989, it has had the honor of being the most purchased gold coin for a given year three times already in its short history. The 1 oz coin has a face value of 100 Euro and is one of the few gold coins ever minted to have ever been circulated under two separate currencies.


The United States Gold Bureau also offers the Gold Canadian Maple Leaf coins for your collection. Initially only proposed for a test period of three years, these gold bullion coins proved so popular that they are still being minted over thirty years later.

The Royal Canadian Mint takes great pride in creating coins with exacting purity and that’s what you’ll get from the Gold Canadian Maple Leafs, which has a .9999 fine purity.


The South African Krugerrand was the initial gold bullion coin created for private investment. Created in 1967, the coins soon captured 90% of the gold coin market. However, sanctions that were placed on apartheid-era South Africa spurred other countries to develop their own gold bullion coins which led to such coins as the Gold Canadian Maple Leaf and the American Gold Eagle.

If you’re interested in adding gold to your precious metals collection, contact our Gold Hotline today at 800-775-3504.