The Value of Gold Coins in John Wick 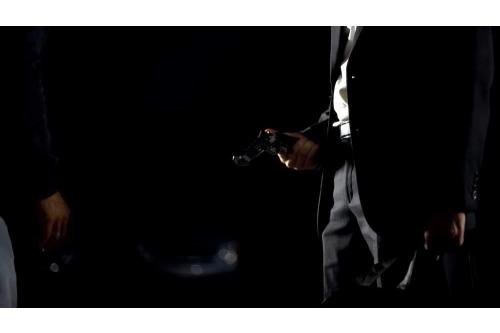 gold coins
Posted in: Gold
By U.S. Gold Bureau
No comments
More from this author

The Value of Gold Coins in John Wick

To celebrate the latest installment of the John Wick saga, John Wick: Chapter 3 -Parabellum, we are breaking down one of the driving components of the Wickiverse, the thing that makes the underworld go round, THOSE GOLD COINS.

The currency used in the underworld run by The High Table is a special type of gold coin.  We get our first glimpse at the coins in the first film, after John takes a sledgehammer to his basement floor, revealing a case of guns, and whole lotta gold coins arranged in neat rows within a wooden chest.

The coins themselves have images and Latin phrases on both sides.  On one side, a lion stands behind a shield emblazoned with the sun.  At the top of the coin is the phrase, “Ens Causa Sui,” translated to, “Something generated within itself.”  At the bottom, are the Roman numerals MMI (2001) perhaps symbolizing the length of time The High Table has been in charge of this underworld.   The reverse portrays a person with a shield emblazoned with a cross.  Below the individual is a large laurel.  The phrase “Ex Unitae Vires,” is written on the topside, translating to “Out of unity comes strength.”

The use of the coin is universal in this criminal society of assassins, though it is somewhat unclear what their value is as there is not a consistent value of these gold coins and it is unknown if the coins can be exchanged for cash.

Instead, these coins are used in exchange for various goods and services, including guns, knives, bulletproof suits, clean up and disposal of bodies and evidence, bar cover charges and tabs, and hotel accommodations at the #1 rated hotel by assassins on Yelp, The Continental.

What Are Gold Coins Really Worth?

The use of gold coins is the puzzle. Part of the mystery is why everything in the Continental appears to cost one gold coin.  Perhaps, the gold coin compensates for the extra security which the Continental provides- safety from being murdered by other highly trained and lethal assassins while sipping on an Old Fashioned.  You aren’t guaranteed secrecy and security at your local gun shop- so the value of the drink or a gun seem to be just a small share of the total value of the service provided thus potentially explaining why one coin can be the standard.

In JW2, we see Winston, the “owner” of The Continental, signing off on a new batch of gold coins thus explaining that these gold coins are not some ancient currency, but rather newly minted and injected into The Continental’s monetary flow and to be distributed and used by its network of assassins.

However, we at the USGB and you, our reader, understand the real value of gold in cash dollars. Assuming that a single coin is one ounce and with the current price of gold is around $1,275 an ounce, well, I for one won’t be complaining about expensive drinks for a while.

In the first Wick feature, he pays a coin per body for corpse removal service of twelve dead bodies which equals out to $15,300 according to the current gold standard.

The gold coins are exchanged for several weapons Wick purchases from the “sommelier” in Rome.  He also throws down on a custom bulletproof suit as well as what looks to be an ancient map of Roman catacombs.  He appears to pay four gold coins for access to the map and keys to the gates (let’s call it $5,100) and we don’t see how much he pays for his “tactical” custom suit and weapons, other than sliding a single gold coin to a seamstress who then escorts him to the back room.

We won’t spoil much, below will be a breakdown of what John Wick spends gold coins on in the third installment.

In Chapter 3: Parabellum, Wick continues to throw down even more gold coins while fleeing a massive contract on his head and willing assassins ready to claim it.  John, always appeasing the dog lovers, pays one gold coin for a taxi which takes his dog to The Continental (because he’s such a good boy) and another coin for medical attention after a fight with Philadelphia 76er’s center Boban Marjanović.  Wick then uses the last of his coins, three or four, to enter a theater in order to gain access to The Director, Anjelica Huston.

We also get a look at the mint where these coins are made in the Moroccan Continental and then distributed.  The Mint is run by Berrada, Jerome Flynn, where he shows Wick the first gold coin and marker minted.

Berrada gives us a bit of an insight into the gold coins and their meaning in the world under The High Table.  He explains that the gold coins are a physical manifestation of a social contract.  Despite the reliance on the gold coins, assassination contracts are assigned with a value designated in US dollars, possibly emphasizing that value is based on the individual.  This would suggest that while any good or service can be exchanged for a fixed value of one coin, the value of human life is a variable amount.

All in all, the coins possibly represent something more honorable than just their value in the world of John Wick.  Winston often says, “without the rules, we are nothing but animals,” and perhaps the coins and markers are reminders that obeying the order of the High Table - but it is way more fun to watch John Wick break the rules.