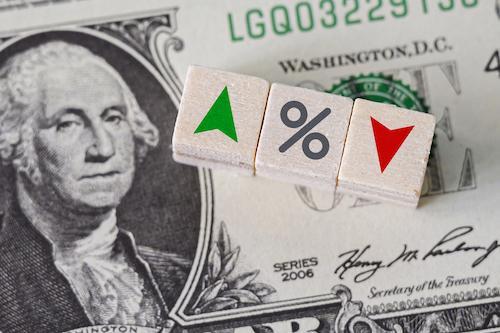 When the people in charge of economic policy do not know which policies to implement next, who is left to ask?  A recent Barron’s article reported that the Federal Reserve (the Fed) does not know what to do next regarding monetary policy steps because they do not know where (or in what direction) the economy is headed.  An oft-repeated phrase about future policy decisions is that they will be “data driven.”  But Fed Chairman Jerome Powell indicated that the data they are seeing now is not clear, which presents uncertainty for policy makers.  While there is much discussion in the marketplace about whether we should brace for inflation or deflation, only inflation is directly harmful to the consumer.  Deflation is directly harmful to governments, banks, and large corporations, which is why they rarely allow it to happen (although, deflation can have indirect negative effects on consumers, as well, which we explore below).  As we shall see, those owning precious metals can do well in either environment.

We have written previously about why it is important to own gold (and silver) in an inflationary environment, and those reasons continue to be true today.  In this article, we will talk about why governments and banks normally prefer inflation to deflation, what deflation is, and how precious metals have performed during times of both inflation and deflation.  By learning how to build an all-weather portfolio, it is possible to prepare well for future economic conditions even when policy makers themselves do not know what those conditions will be.  Part of what makes it difficult for the Fed to understand what is going on is that we are, in many ways, currently in a financial situation unlike any other in our history.  While certain aspects of our situation have been seen in isolation in years past, never before have so many conflicting aspects of economic reality been present at the same time.

Normally when inflation rises, the Fed raises interest rates to tamp it down.  But today, debt levels are such that it would be difficult or impossible to operate the government with current revenues, if the interest payable on the debt were increased.  Therefore, there appears to be more talk about higher interest rates, as opposed to more action on higher interest rates.  This financial “talk” is sometimes called jawboning, and is used to sometimes influence the behavior of markets and market participants.  But when participants realize the Fed is bluffing or believe they are trapped, jawboning can become less effective as a policy tool.

While many understand why inflation can be harmful to consumers, it is important to also understand why it is seen as beneficial to governments and banks.  When food, clothing, automobiles, and housing costs increase due to inflation, from the consumer’s point of view, it takes more money to keep the same standard of living.  We are currently in a situation where it takes approximately $16,000 more income than the average American has to enjoy the same standard of living experienced a few years ago.  This $16,000 gap is currently filled with borrowed money, as consumers have taken on more debt to make up for missing income.  But from the government and banking point of view, inflation means more revenues and higher incomes (for those institutions).  Institutional revenues garnered from personal property taxes, real estate taxes, and sales taxes all rise when prices rise.  When banks loan money backed by collaterals that are rising in price, their balance sheets are strengthened, and they can often increase their own revenues by lending more.

The reason governments and central banks despise deflation is because it puts them in disadvantaged positions.  Deflation, in simple terms, is when prices are falling.  Consumers generally welcome deflation at first, especially when prices drop on the things they want to purchase.  Deflation can allow consumers to increase their standards of living with the same amounts of income.  But when the prices of food, housing, and automobiles drop significantly, or for a long time, those drops translate into lower government revenues to be collected from personal property taxes, real estate taxes, and sales taxes.  Lower prices on goods and services mean lower taxes.  From the banking perspective, when houses are dropping in value, people are more likely to walk away from loans, leaving banks stuck with assets they can’t sell for what is leveraged against them.  It also means future loans will be smaller, further decreasing bank revenues.

But deflation can eventually make life difficult for consumers, as well.  When prices are falling substantially, or for an extended period, companies lose profits from decreased revenues.  Unless those companies’ input costs are dropping at the same rate as deflation, they can be forced to close their doors, which translates into lost jobs and increased costs for government social safety net programs.  When indebted people lose their jobs, they tend to also lose their homes, driving prices down further.  The current levels of indebtedness experienced by governments, corporations, and individuals compound the dangers of sustained deflation for everyone.  It is for this reason that  the Fed announced a desire to see inflation run hotter than normal, rather than the economic situation slip into deflation.

While inflation has benefitted gold and silver prices in the past, it is also important to look at what can happen to precious metals during periods of deflation.  In his book The Golden Constant, author Roy Jastram did an exhaustive study on how gold performed during periods of inflation and deflation throughout history.  The book was published in 1977, with an updated version released in 2009.  It has been called the most exhaustive study on the subject of gold.  To summarize his findings on deflation, gold’s purchasing power increased during the three deflationary periods experienced in the United States, with those purchasing power increases ranging from 44% to 100%.  When he looked further back to deflationary periods affecting England since the year 1658, he found that gold increased in purchasing power, from 42% to 251%, in each of the four cases there..

It is encouraging to note that gold and silver can provide better protection (versus fiat currency) during times of inflation, deflation, and even stagflation.  The best part about these positive performances is that we don’t have to know ahead of time what conditions are going to exist, nor what the Fed’s precise response will be to those conditions in order to reap the benefits of precious metals.  Considering that the directors at the Fed admittedly also do not know what economic conditions lie ahead or how the institution will respond, it is more important than ever to own assets that have proven capable of thriving in all economic conditions.