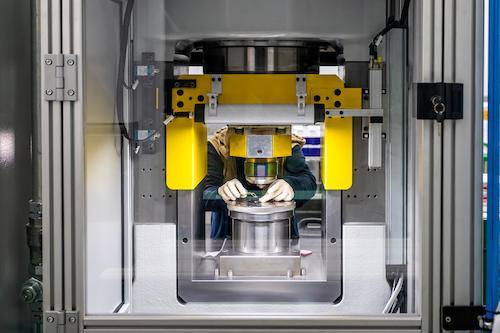 We can make all the U.S. Debt go away with this one accounting trick – at least theoretically speaking. Here’s how the scenario would work: the Treasury Department simply mints a platinum coin with a face value of a trillion dollars to insert into the vending machine of the Federal Reserve! The idea might sound new and farfetched, but since 2011, this wacky-but-attractive solution to reduce the national debt has come into the limelight a few times. This time, more tempting with Senate Minority Leader Mitch McConnell's lack of support in helping to raise the debt ceiling, placing a government shutdown on the horizon. A default on the U.S. debt would open the chance to drag the stock market down from its most recent highs and slingshot interest rates in the opposite direction. Treasury debt is lauded as one of the safest assets and a change in that belief could have the potential to send the economy topsy-turvy.

Politicians have pointed to the “trillion dollar coin solution” as an easy but highly controversial way to solve the U.S. debt crisis. Since no legislative limits control the denomination of platinum coins issued by the Department of Treasury, a single trillion-dollar platinum coin could be minted and then deposited at the Federal Reserve to wipe out a portion of the federal debt. For that matter, why not make it two trillion and make an even larger down dent in the debt?. Some government officials would like to take advantage of this iconic loophole and throughout the years, more and more columnists and news sources are cheering on the idea.

The proposal has a firm grounding in Section 31 U.S. Code § 5112. As the code reads, "The Secretary may mint and issue platinum bullion coins and proof platinum coins in accordance with such specifications, designs, varieties, quantities, denominations, and inscriptions as the Secretary, in the Secretary's discretion, may prescribe from time to time."

These coins can even have a face value higher than the proposed trillion already mentioned, with the code not placing restrictions on face values or the number of coins minted.

The idea was initially floated during the 2011 debt-ceiling crisis and resurfaced during the Fiscal Cliff negotiations of 2012; it remains a topic of debate today.

We at the United States Gold Bureau would like to know, out of all the previous reverse designs of the platinum eagles. Which is your favorite and you would like to see on the hypothetical $1 trillion platinum coin?

What Design Would You like to see on the Trillion Dollar Platinum Coin?

We asked and you answered with the 2019 Platinum Liberty design!

To find information about the history of the Platinum American Eagle coin, U. S. Gold Bureau products, and additional offerings in gold, silver and platinum, see https://www.usgoldbureau.com/platinum/platinum-coins/american-eagle.