Fake Gold is Reason to Invest in Real Gold 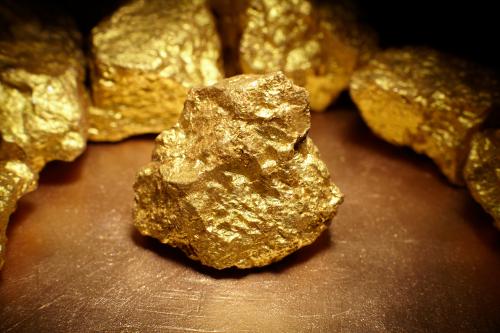 Fake Gold is Reason to Invest in Real Gold

A few weeks ago, some teenagers were arrested in Oregon for selling counterfeit gold bars to unsuspecting investors for over $50,000. It seems the teens purchased the gold-coated tungsten bars from a website specializing in "replica gold," sold them on Craigslist at a slight discount to regular gold bars. Sometimes when we see or hear stories like this, it comes with an implied warning about investing in gold or silver, and an attempt to dissuade the average consumer from trying it, to prevent the same type of fraud from happening to them. We believe the opposite.

In the end, it matters not whether the counterfeit investments are made of tungsten, steel, or something else. But when I hear about a $50,000 fraudulent metals scheme that happened nearly 1,700 miles away, as national news, it only encourages me to consider investing more in precious metals. While fraudulent metals transactions make the news and serve as a warning to an unwary public, counterfeit products made of other things are often celebrated as a better alternative, and sometimes don't make national news until over $50,000,000,000, as opposed to $50,000, are involved.

The Rise of Counterfeit Precious Metals

In the last few years, the "counterfeit" or "replica" precious metals industry has matured in China, and become a "legitimate" business concern all its own, with manufacturing expertise and advertising touting their ability to make real-looking precious metals products (bars and coins), that are coated in real gold, with nearly correct weight and dimensions. Most often, the real-looking fakes are made with an inner core of tungsten, with a few other alloys thrown in when needed. With the average American so unfamiliar with precious metals, that many prefer a Hershey's candy bar over a 10-oz bar of silver, it is perhaps easier to dupe Americans than it is people from other parts of the world, where gold and silver are commonly used as a store of wealth.

While many in America are waking up to the importance of real assets, there is a knowledge and experience deficit concerning what to look for, and how to protect yourself from deception. There is an old adage in the precious metals sphere, that advises, "If you don't know the metal, be sure to know the dealer.” In other words, know something about the competence and integrity of the people you are dealing with, when buying and selling precious metals.

Why A Small Amount of Gold is a Big Concern

That being said, there are some other areas of concern that we believe pose a far greater danger to the financial health of many Americans, in regards to a category of counterfeit not often discussed in the news. I should rephrase - they are often discussed, but not often with a warning attached or implied.

While counterfeit investments made of tungsten and steel, sold in amounts as little as $50,000 are considered front-page news to warn consumers nationally of the dangers of investing in metals, counterfeit investments made of paper are often celebrated in the press, and touted as being a superior form of wealth creation and preservation. You might remember a guy named Bernie Madoff, that offered people counterfeit paper investments. He had sold over $50,000,000,000.00 worth, before making the national news.

The Fraud Threshold and the Funny Papers

There are so many cases of counterfeit paper investment schemes, that $50,000 would barely make the local news, let alone national news. Having worked as a financial professional for 25 years, there are weekly/monthly updates of what are referred to as "the funny papers,” which are not really so funny.

There are several lists and narratives available, when you know where to look, ongoing and constantly updated, listing the millions of dollars of fraud committed by those offering counterfeit paper investments, or fraudulent services involving otherwise legitimate investments. These schemes affect thousands of people, but rarely make the national news, until reaching the level of Bernie Madoff. In fact, most people would be hard-pressed to name someone since 2008, other than Bernie, that has offered counterfeit paper investments, and yet we already know about a couple of teenagers that dabbled in only $50,000 of counterfeit metals investments last week. Meanwhile, Billions in financial fraud affecting thousands of Americans goes largely unknown, and under reported by the national media.

Real Assets from a Reputable Dealer

Do yourself a favor, and begin learning what millions of other Americans already know about how to provide real financial security and stability for their families. Of course, we all need and use various types of paper investments, on a daily basis. But don't forget to consider the precious metals, for a portion of your assets. Ask around, and talk to a reputable company. I could say more, but will leave it there for now...
April 12, 2017
Did you like this post?
0
0
Search The Blog
Categories
Recent Posts