Bulldozers, Gold, and Your Family 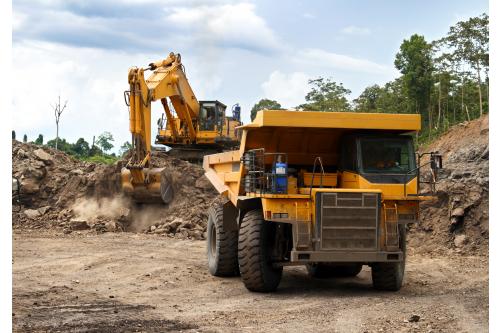 Bulldozers, Gold, and Your Family

“A size for every use, and a hundred uses for every size” - Caterpillar marketing slogan. Recently, my Dad and I had the opportunity to take a trip he has wanted to take for a long time, to visit Caterpillar (the heavy equipment manufacturer). As you may know, Caterpillar makes some of the most iconic mining equipment known the world over. For my Dad, however, it was a simple passion of his, having been a heavy equipment operator with the Corps of Engineers, while serving in the US Army back in the 60's. Little did I know, that while taking a trip with him to look at bulldozers and other mining equipment, we would be learning about Gold and Dollars as well. 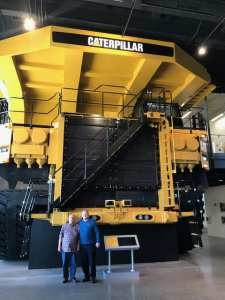 Precious metals, as well as most other metals, are mined out of the ground. Whether by open pit mine, shaft mine, or by sluicing in/near a body of water, it takes machines such as those made by Caterpillar and others, to make it feasible. One of the older bulldozers we saw was used in an old gold mine out in California back in 1919. It was on display in working condition, albeit a little rusty. It had been abandoned near a mine, and flown out by helicopter in 2014, to be used in the Caterpillar exhibit. At 25 horsepower, it was a powerful machine in it's day. For the price of $2,450 in 1919 currency, the machine was put to work mining gold. In other words, it only took 7.66 pounds of mined gold, at 1919 prices, to pay for the machine. I became curious, and began to wonder how bulldozers, Dollars, and Gold have fared since the day that old machine began to work.

The bulldozer was made of steel, and had been abandoned in a dry climate. With a little elbow grease, and a few gaskets/parts, etc, the machine was put back into working order. It still runs today. But today, Caterpillar no longer makes a bulldozer smaller than 80 HP. The closest thing I could find in a new machine, was a 35 HP model, sold by a different manufacturer. My guess is that the 1919 machine is much heavier, and will still be running when the new machine conks out. 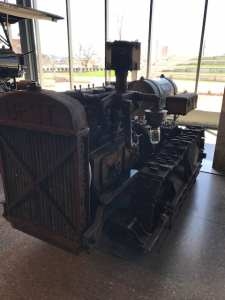 
The Dollars used to purchase the old bulldozer, haven't fared as well as the bulldozer itself. The $2,450 today would pay for either a tune up/oil change and service on a new Caterpillar 80HP machine, or might purchase a small attachment for the new 35 HP machine. The only new “tractor” you could buy with $2,450 today, would be a riding lawn mower, which isn't much good for anything else. To purchase a new 35 HP bulldozer today would require about $24,000, or nearly 10-times as many Dollars. This is due to the value of Dollars being worth only 1/10 what they were in 1919, compared to bulldozers. You will find this (or worse) to be the case, when compared to the cost of almost any item you would have wanted to purchase then. You can read more about how the dollar falls here.


Gold however, has fared better than bulldozers and dollars combined. Gold produced in 1919 is at the same purity level and condition now, needing little more than the swipe of a cleaning rag to knock off some dust. The original luster is still the same, untarnished by the nearly 100 years that have passed. Since gold doesn't rust, there is no elbow grease needed. But what about value?

The original Gold needed to purchase the bulldozer in 1919 was 7.66 pounds, or 122.5 ounces. That same quantity of gold today would purchase 6 new bulldozers, at 35 HP each, with money left over to fill them all with fuel. Alternatively, it could purchase 2 new 110 HP bulldozers, with more than enough to fill them both with fuel. This is if we use a conservative estimate of $1,300 per ounce, which is less than the current spot price (4/30/18). In other words, gold has maintained, and even increased the value of the labor and energy that went into pulling it out of the ground. Gold is simply stored financial capability, that preserves and/or expands purchasing power over time.


I first became interested in precious metals, when asked to help steward some family gold and silver, passed down from generations long ago. Some of it was purchased by ancestors I never met. And yet, the value of what they stewarded and passed down, has provided each generation with at least the same purchasing power afforded the previous generation, and often more, than was originally provided. If this sounds like something you would like to do for your family, or those following in your footsteps, today would be a great time to start. Would you rather leave some paper money, that they could use to pay for a tune up, an old bulldozer they would have to recondition, or some gold or silver, to allow them to purchase a few new bulldozers, or whatever they might need in the future?


Where Do I Store Gold?

The first state depository for precious metals is being stewarded by the parent company of the U.S. Gold Bureau. That speaks volumes about who they are, and their ability to last, in the gold and silver sphere. When entrusting your families future to metals that last, I recommend being involved with a company that can store your gold in a state as old and secure as Texas. They also have lots of other options, for coins you might want to share with your family in person.