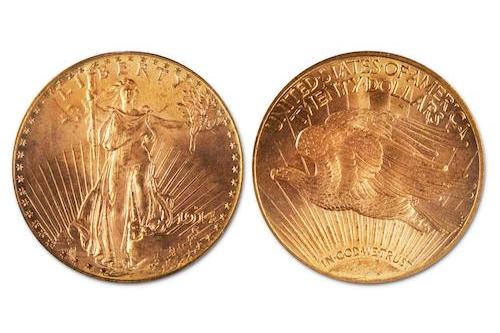 Gold prices are holding above the critical psychological barrier at $1,200 an ounce and up more than 1 percent before the weekend as Federal Reserve Chair Jerome Powell highlighted the central bank's commitment to gradually raise interest rates as the U.S. economy continues its strong performance as it continues with the longest bull market ever. At the Jackson Hole Symposium in Wyoming last Friday, where leading central bankers met to discuss the future of monetary policy, Powell commented that he sees “further, gradual,” rate hikes moving forward. He attributed the Fed’s reasoning for raising interest rates was due to the strength of the current economy and the shared belief that it can handle and respond well to stricter monetary policy.

Although higher interest rates in a country tend to increase the value of that country’s currency, gold seems to be responding quite well to the Fed’s interest rate increase announcement on Friday. The Nasdaq and S&P are also responding well as they hit all-time highs and The Dow rose 159 points at the end of last week. The tech-heavy index gained 0.8 percent along with Netflix making strong gains rising 3.4 percent today. However, the dollar did fall to trade 0.6 percent lower against several other currencies following Powell’s speech.

While many factors other than higher interest rates can weigh quite heavily on the value of a country’s currency; two specific variables could definitely attribute to the weakening of the American dollar.

One is the balance of trade between imports and exports, which the current administration is definitely struggling with amidst its trade war with China. The latest rounds of trade tariffs kicked in last Thursday drawing immediate retaliation from Beijing. The United States imposed 25 percent tariffs on another $16 billion of Chinese goods affecting nearly 280 Chinese goods. China responded immediately with a 25 percent increase on an equal amount of American goods.


The trade war and its effect on the American dollar and economy could be crucial as a greater demand for a country’s goods directly correlates to a greater demand for that country’s currency. As the trade war with China continues to escalate, investments in the American dollar may continue to weaken and don’t have a great outlook for the future while gold holds steady amidst the turmoil of the Trump Trade War with China. 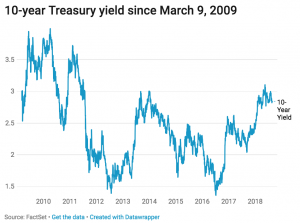 Another major contributing factor to the weakened dollar, which has been brought up countless times on this blog, is a country’s national debt and the American National Debt continues to grow on a daily basis. While the dollar has not been affected too drastically in the form of inflation, it has certainly been devalued as it continues its decline over the weekend even after Fed Chair Powell, in his speech Friday, continued to say that there is no clear sign of inflation rising above 2 percent and there does not seem to be an elevated risk of overheating- evidence which supports their decision to raise national interest rates.

And while the Fed’s comments and actions may be a Band-Aid on the current economic woes, gold prices are not only trading at session highs but its highest levels for the week following Powell’s comments.

“For the near term at least, this was a careful defense of the next two hikes that are virtually baked in for the balance of this year, but the dollar (softening a bit) and rates (the same) seem to be guided by the headline comment about the lack of overheating risks.”


The Longest Bull Market Ever


While we are also in the midst of the longest bull market ever, a yield that just reached the 10-year mark, many financial conditions have changed since it began in March 2009. The Fed had slashed interest rates to 0 percent following the 2008 financial crisis and the central bank began buying sovereign government bonds and mortgages in order to aid the economy by flooding it with money. 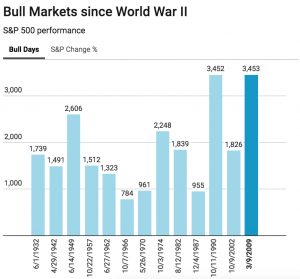 But while the benchmark 10-year rate is at the same level it was at the start of the bull market, other rates and assets are well off their March 9, 2009, levels.The short-term two-year yield has risen to 2.608 percent from 0.963 percent in March 2009 and is one of the most affected policies that the Fed has placed within that timespan. Since 2015, the Fed has raised interest rates five times, including twice this year, as part of its plan to return conditions to normal after nearly a decade of “easy” money. The Fed hopes that the rising rates will strengthen the dollar, raising rates once again at the start of the weekend.

Since 2009, gold rates have gone up 30 percent but are pretty far off the highs that it reached in 2011. Many are seeing gold trending upwards though, despite its weakened state dude to a pairing of a surprisingly strong American dollar and the weakened Chinese yuan.

All in all, many expect the negative sentiment in gold to reverse shortly as a short squeeze higher in gold price is inevitable. But, keep an eye on the continued devaluation of the Chinese yuan as the Chinese government will more than likely defend the 7.000 psychological round number to prevent massive capital outflow.