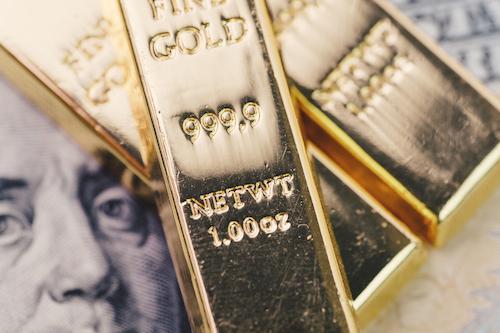 36%. That is how much the gold price has moved up since we last mentioned Basel III, in this article from April of 2019. We projected then that gold would likely move up in price steadily over time as we got closer to full implementation of these international banking accords. In actuality, the gold price has moved up an average of 1.35% per month since then, yielding more in a month than a five-year CD account pays in interest for a full year. While full implementation of the Basel III rules has been pushed back until January 1, 2022, the largest players in the gold market (USA, Switzerland, EU nations) have targeted June 28, 2021 as the date by which they plan to be in compliance. This shift in behavior implies that significant changes in the precious metals markets lie just ahead, with famed commodities trader Andrew Maguire calling for a $500 boost for gold and a $10-$12 boost for silver over the next 20 weeks.

What is all this about? We have written extensively before about the growing disconnect between paper metal, or the spot price, and the prices and premiums required to purchase actual metal. This disconnect has grown larger in 2021, with the market seeing some of the highest premiums over spot so far being added to the purchase price of precious metals. The spot price is becoming increasingly irrelevant when it comes to precious metals, and Basel III appears to be widening the gap and speeding the demise of the paper pricing mechanisms for gold.

Previously, banks could hold gold on their balance sheets in the form of unallocated paper gold contracts without holding physical gold in tangible form. These paper contracts were considered as “good as gold” when it came to determining how much capital a bank needed to maintain on its balance sheet. Under the old rules, there was little incentive to hold physical gold, as it was only valued at 50% for reserve purposes. Basel III rules move physical gold from being considered a Tier-3 asset to being considered Tier-1, which allows physical gold in bullion form to be counted at 100% value for reserve purposes. Gold in unallocated paper contracts will no longer be considered an equal asset. For this reason, banks using paper forms of gold to help meet reserve requirements will have to convert those positions to physical metal, or risk becoming too undercapitalized to continue to function.

Currently, there is an imbalance between the amount of unallocated gold included in paper gold contracts and the physical gold available to honor those contracts traded on the COMEX or LBMA bullion exchanges. The unallocated gold is sometimes estimated to exist at a 100:1 ratio to physical gold available for delivery. This condition has persisted because few contract owners have requested delivery of the physical metal to settle these contracts. Lately, this has begun to change, applying pressure to the physical bullion market in doing so. Beginning in June of 2021, Basel III rules will require banks to hold unencumbered physical gold valued at 100%. Unallocated paper gold receipts will not be considered equal assets for the purpose of evaluating financial strength. Banks have wisely already begun to gravitate towards receiving physical delivery in preparation for compliance with Basel III rules.

Last April, we discussed how banks were exiting the paper gold trading arena, after providing related services for 300 years. In a world moving towards physical settlement and delivery, they apparently saw the writing on the wall and wanted to diversify their operations before the rush to the exits began. Since then, other major banks have been levied with heavy fines for paper gold and silver market manipulation. Some of these fines have totaled nearly $1 billion. Andrew Maguire shared (in the interview linked in the first paragraph of this article) that three major Swiss banks (UBS, Credit Suisse, Julius Baer) were moving their gold trading divisions to physical trading only. It seems that momentum is building for an officially sanctioned revaluation of gold and silver, with a market price based more on the physical demand than the manipulated paper demand.

Maguire further estimates that there is a nearly $1 trillion imbalance that must be squared between unallocated paper gold held on bank balance sheets and the physical gold necessary to improve those banks’ reserve positions. For the first time in a long time, banks that hold physical gold will benefit more from a higher gold price than a lower paper price. He expects the impact of this huge unwinding to pressure gold upwards $500 from the current price by mid-summer, and silver $10-$12 higher, as well. A move of half that amount would put prices near my projections for 2021, which I made back in December. It is not much of a stretch to see the rest of the move made in the last half of the year, as full Basel III implementation is required for all beginning January 1, 2022.

At that point, “premiums over spot” might disappear forever, as the “spot price” becomes nearly meaningless. Physical gold and silver will rule the roost. There has recently been an effort to “squeeze silver” prices higher by what appears to be a grass roots movement of investors purchasing physical silver. This is coming at a time when there is an official movement in the same direction in the gold market, by means of the Basel III implementation continuing this year. As these efforts combine, they seem to reinforce the notion that physical possession is the way forward for the precious metals community.

Another benefit for the owner of precious metals will be the absence of monthly metal-smashing done by those trying to manipulate prices lower as option expiry periods get close. When banks hold physical metal as a primary reserve asset, they benefit more from gold’s rise than from a temporary drop in price. Increased gold prices will allow banks to reduce debt and other liabilities on their balance sheets, putting them in better financial positions. This will help create a new reality that aligns the interests of individual physical gold and silver purchasers with the interests of the large institutions holding the gold or silver. In this world, there may only be two prices for gold and silver; the price to purchase, and the price to sell. Gone will be the days when you also have to wonder how much above or below spot price you must pay or receive to complete a purchase or sale of precious metal.

Transparency in the marketplace is a good thing. The amount of physical gold held by central banks around the world has increased to its highest point in more than two decades. In a world rife with heavy market manipulation, it appears that precious metals are beginning to break free from the status quo’s hold and moving toward trading closer to their intrinsic values.

Posted in: Investing, Silver, Gold, Platinum, Palladium, Market Alerts
By Bill Stack
Did you like this post?
0
0
Related Posts
Search The Blog
Categories
Recent Posts
My Wish List
Last Added Items
Go to Wish List
You have no items in your wish list.