Advantages of Gold and Silver vs Cryptocurrencies 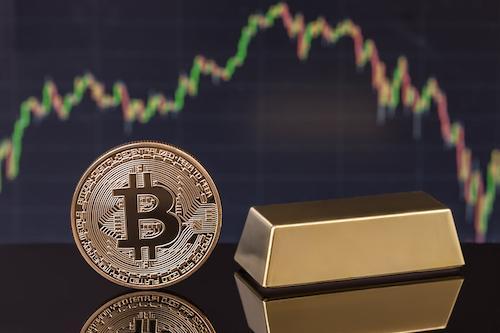 Advantages of Gold and Silver vs Cryptocurrencies

There has been a shift recently in the attitudes of the younger generations towards precious metals.  What began as an anomaly among small-time traders in the GameStop memestock frenzy has shifted towards metals, specifically towards silver.  The #SilverSqueeze movement has not only gained traction, but also momentum and staying power.  The latest coordinated effort is to purchase physical silver in massive quantities on May 1st, with an ongoing general encouragement to purchase silver any time.  This movement continues to evolve against the backdrop of worldwide opposition to cryptocurrency advancements.  Millennials and younger age groups have begun to share pictures on social media of their latest “silver stack” of recently purchased bars and coins and have warmed to the idea of selling stock and crypto assets to purchase metals.

Part of the reason for this shift has to do with the stance that governments around the world are taking against cryptocurrencies.  While some are calling for an all-out ban on all cryptocurrency except for Central Bank Digital Currency (CBDC) controlled by the state, the United States appears to be taking a different tack.  As recently as the current tax filing season, the IRS has placed a general question about cryptocurrency ownership and transactions on the front of the 2020 income tax forms.  That single question opens the door for further investigations related to crypto and taxes.

There has been an avalanche of selling, including reporting of the recent sale by Tesla, of which Bitcoin promoter Elon Musk is CEO, of a large chunk of cryptocurrency.  After Musk has made moves that would lead one to perceive the billionaire as a crypto supporter, Tesla sold $272 million of its position into a rising market.  The profit from selling Bitcoin and regulatory credits exceeded the profit achieved from the sale of cars in the most recent quarter.  While there has been a partial recovery in crypto prices this week, Bitcoin remains 17% below its recent high.  Tax ramifications on investments are not going away anytime soon, and if the proposed increase in long-term capital gains taxes to  43% at the high end (for individuals earning $1 million or more in ordinary income), when combined with an existing Medicare surtax on investment earnings is to pass, the impact from taxation for some Americans will likely feel much more extreme.  Advance notice of future tax increases prods investors to take action to minimize the effects.  Accountants are advising clients to consider selling assets with capital gains while the tax rates are lower.  This can put pressure on nearly every investable asset, except for gold and silver.

Tax Advantages of Gold and Silver

Why would a higher capital gains tax put pressure on other assets, but not on silver and gold? Due to gold and silver being viewed by the IRS as a “collectible,” they are covered by other tax rules and rates. While the maximum capital gains tax rate on the sale of other assets is potentially rising to 43% at the high end (for individuals earning $1 million or more in ordinary income), when combined with an existing Medicare surtax on investment earnings (before state tax is added), the tax rate for “collectibles” is slated to remain at 28%. Whereas gold and silver were at a disadvantage before, they will soon have the advantage tax-wise. Minimizing taxes should be an important consideration for any investor and is a goal that adds to the appeal of precious metals. What good are gains that cannot be kept? As we pointed out in our recent article, “The Triumph of Gold and Silver Over Taxes,” another benefit of owning precious metals is no ongoing taxation while you own the metal.

Recently, there was a high-profile debate between Bitcoin advocate Michael Saylor and gold mining magnate Frank Giustra, moderated by Daniela Cambone.  What Giustra highlighted was the risk not often discussed with Bitcoin, from a regulatory standpoint.  While it makes the news when a CEO such as Elon Musk releases comments in support of cryptocurrency, it is an established fact that central banks and governments worldwide own thousands of tons of gold.  It would not be in those banks’ best interests to allow the value of gold to get too low.  Gold continues to be the bedrock asset of our financial system, whether officially acknowledged or not.  Crypto, on the other hand, is seen as facilitating the avoidance of taxation and accountability.  If there is one thing governments around the world prefer, it is control of their respective currencies and the means of exchange.

Even one of the earliest promoters of Bitcoin, Max Keiser, acknowledged in a recent interview that the regulatory environment favors precious metals going forward from here.  There has been much speculation about the identity of “Satoshi Nakamoto,” who is believed to be the inventor of Bitcoin.  It is currently known that American intelligence agencies developed protocols for cryptocurrencies in the 1990s.

While we may never know the true origins of Bitcoin or other cryptocurrencies, we do know that energy, expense, and internet security are required to both mine and maintain the digital currencies. While it takes energy and expense to mine precious metals, once refined, it takes no energy expenditure to maintain the value of gold or silver – at least, not on the same scale or in the same regard as with cryptocurrencies. Precious metals are the only assets known to man that are able to protect purchasing power while sitting in a box or vault, unplugged and untaxed. Perhaps simplicity is one of the greatest advantages afforded to the owners of gold and silver. As the best conductor of electricity, the owners of silver may ironically soon become primary beneficiaries of the cryptocurrency (including CBDC) movement.

Posted in: Investing
By Bill Stack
Did you like this post?
0
0
Search The Blog
Categories
Recent Posts