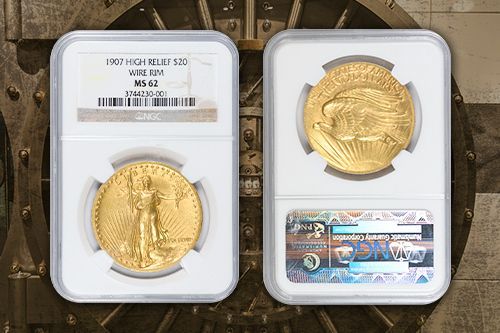 In 1901, Theodore Roosevelt ascended to the Presidency after the assassination of President William McKinley. He came to power as the United States was expanding economically. New technology steamboats were enabling more agricultural exports. New roads and canals were also furthering trade. America had grown and had arrived. Roosevelt wanted to show the world that America was finally a significant power and wanted to find the correct symbol. 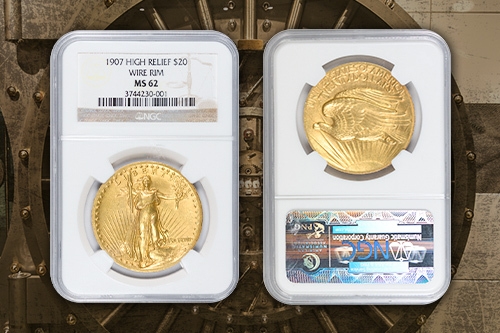 Roosevelt turned his focus to coins. He strongly felt that coins were the best way to symbolize a country but did not like American coins. He wanted a redesign of American coins to reflect America’s status. In 1904, Roosevelt wrote a letter to the Secretary of the Treasury, Leslie Mortier Shaw, saying, “I think the state of our coinage is artistically of atrocious hideousness. Would it be possible, without asking permission of Congress, to employ a man like Saint-Gaudens to give us a coinage which would have some beauty?"

In 1905, Roosevelt approached his friend and famous sculptor, Augustus Saint-Gaudens. Saint-Gaudens accepted the invitation to redesign the gold coins. Roosevelt was in constant contact with Saint-Gaudens about his progress. Roosevelt told Saint-Gaudens he believed the best coins were ancient Grecian High Relief Coins with high rims to protect them. Gaudens agreed, but Treasury Secretary Shaw and the U.S Mint chief engraver, Charles E. Barber, were adamantly against producing high relief coins. Shaw believed the coins would not be circulated, so he begrudgingly okayed the project. However, Shaw harbored animosity and sent a letter to Saint-Gaudens stating, “the judgment of the authority of all countries is that modern coins should be a low relief.” On the other hand, Barber felt high reliefs were not practical and did everything he could to thwart the project openly.

As Saint-Gaudens was designing the coin, he received a very unusual request from Roosevelt. Roosevelt did not want the legally required phrase “In God We Trust” on the coin. Saint-Gaudens conveniently agreed with the President. Roosevelt did not think that the name of God should be going into all the dirty places like brothels, bars, gambling halls, and criminal activities. Saint-Gaudens was a religious man and accepted the President's argument. Numismatic historians think it was because the phrase muddied the design more than the religious component. Whatever Saint-Gaudens true motivation, he did not include the motto. Its omission angered the God-fearing men in Congress and across the country. Many became indignant when they did not see it. Congress quickly forced all coins from 1908 onward to contain the "In God We Trust" motto.

The design was brilliant. On the obverse, a beautiful woman, inspired by the Nike of Samothrace, in a Grecian robe, carries a torch and an olive branch. The Capitol is behind her with rays of sun shining and surrounded by 46 stars. The woman represents liberty. The 46 stars represent the 46 states which were part of the Union in 1907. The olive branch symbolizes peace, and the torch is enlightenment. The message was from the heart of the United States, the beauty of liberty goes forth, offering enlightenment, peace, and the hope of a new day. The date was in Roman numerals to give the nod to both Greek and Roman systems of government from which America emerged.

On the reverse, an eagle flying high with a rising sun and rays behind it. Eagles fly higher than every other bird, which is why the image of the eagle is from slightly underneath. As a symbol of American freedom, the underbelly of an eagle is perfect. It is possible to admire and ascribe to sharing her liberty heights but will not overtake her. The edge contains E Pluribus Unum.

When he finished the design, Saint-Gaudens submitted them to Mint engraver Barber. Barber rejected the design. He said the eagle would never mint. The acting Mint Director, Robert Preston, sent Saint-Gaudens a letter stating there were no presses in the world that would be able to accomplish the task. Saint-Gaudens was able to convince the director to allow an experiment. It was costly and time-consuming to produce each coin. 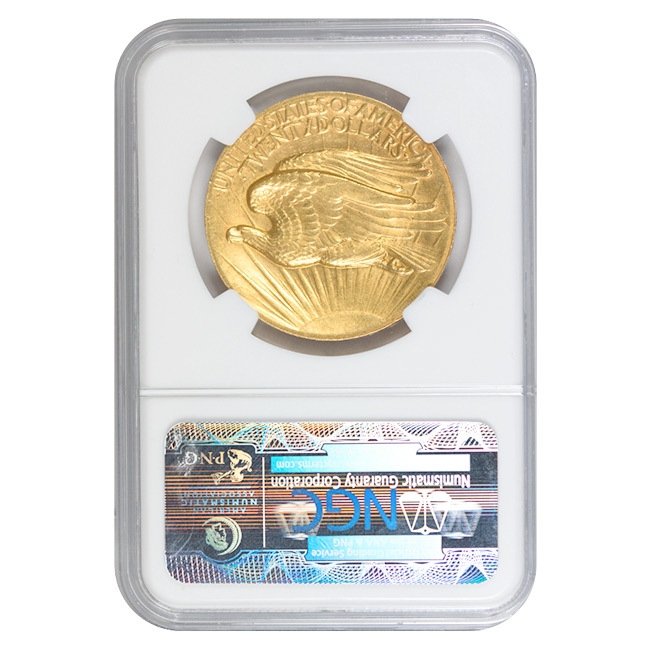 Saint-Gaudens produced a new set of dies which would have reduced the relief and would only require three stampings. Again, Barber rejected the design. During this drama, Saint-Gaudens’ health was failing quickly. Saint-Gaudens died on August 3, 1907. It did not look like the Saint-Gauden design was going to be made. President Roosevelt was unwilling to sacrifice his dream of beautiful American coinage. After learning that Saint-Gaudens’ assistant, Hering, was working on the third set of dies, the President ordered the design to be finalized and circulated by September 1. The Mint Director recalled Barber from his vacation to comply with the Presidential order. Hering finished the dies on September 28. Again, Barber rejected the dies saying they would not work. Barber began making his own dies which would be a low relief, and used Arabic numbers because he hated the Roman numerals.

Roosevelt was losing patience. On November 18, Roosevelt ordered the Mint to use the second set of dies. Roosevelt was not going to take no for an answer. "Begin the new issue, even if it takes you all day to strike one piece!" ordered Roosevelt. Around 12,000 coins were struck in the Saint-Gaudens second dies. These coins are called the 1907 Saint Gaudens Double Eagle High Reliefs. Barber could not believe the quality of production. He became angry that the coins came out looking so immaculate. He thought the President would demand all the coins to be made this way.

Barber finished his dies with flatter relief. He used Arabic numbers instead of Roman numerals. There were around 360,000 coins pressed with the Barber dies. These coins are called the 1907 Saint-Gaudens Double Eagle Low Relief.

The High Reliefs do occasionally become available but usually sell quickly. Currently (as of the writing of this article), the U.S. Gold Bureau has the 1907 Saint-Gaudens Double Eagle High Relief in stock.