Why won't they kill the penny? 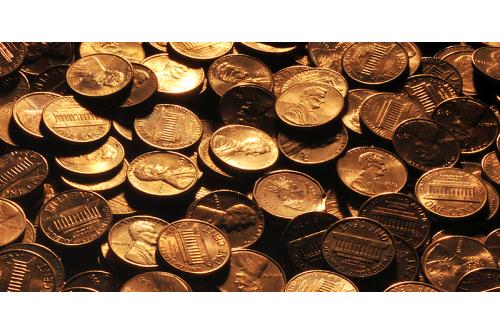 Why won't they kill the penny?

Does it really cost more to make a penny than it's worth?

Most people rarely consider the United States’ penny, though many have heard that the one cent coin costs more than one cent to make. Commonly used in bar trivia nights, the idea is usually dismissed as simply being untrue or more complicated than it sounds. The truth is, that while it may be more complicated than it sounds, it is certain that a penny does cost more than it’s worth in more ways than one. The individual cost of production for one penny is in fact greater than the one cent that a penny is worth. This is mostly due to the price of copper and zinc, and is the reason why the composition of the penny was changed in 1982. This change was ultimately unsuccessful, and would soon be followed by many more unsuccessful efforts to cut manufacturing costs. In 2014, one of these efforts was to call for a “comprehensive review” of all United States currency. The Obama administration requested that this review include possibilities for replacing both the penny and the nickel. The review reported that "There are no alternative metal compositions that reduce the manufacturing unit cost of the penny below its face value." Following the review, some of the manufacturing changes put into place saw a slight decrease in the cost of production, from 1.66 cents per penny in 2014 to 1.43 cents in 2015. However, reports show that the cost then rose back to 1.5 cents in 2016, indicating that the initial findings of the 2014 review were correct. There is no metal mixture cheap enough to make an individual penny worth more than it costs to manufacture. 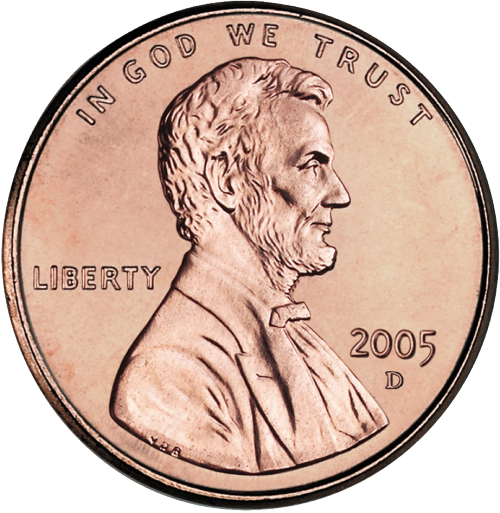 Of course, an individual penny then circulates throughout the economy. The average pocket change has a lifespan of thirty years, and has the potential to pass through any number of uses and hands during that time. The problem is, that it often doesn’t. In thirty years, the lifespan of one coin, the United States Mint produces around half a trillion coins. Currently, the Mint estimates that there are about 300 billion coins in circulation. The demand for pennies varies by year, but in 2016, pennies accounted for 56 percent of the Mint’s production. That means that a few billions of dollars’ worth of change, half of it pennies, are lost in the same thirty-year period that an individual penny is supposed to last. The Mint has made multiple efforts to recycle coins, but these efforts have proven infeasible due to counterfeiting. The United States Mint does not currently recycle any coins, including pennies, and repeated abuses of their attempted programs have made them unlikely to change their stance in the near term.

"The Penny is Beyond Hope"

Based on multiple sets of numbers, the validity of which are not in question, the penny costs us far more than it’s worth, and the most commonly proposed solution is to get rid of it. So. why hasn’t the United States Mint stopped making pennies? It’s a step that many countries have already taken, including Canada, Australia, Brazil, Finland, New Zealand, Norway and Israel. It is also a step that the United States Mint has taken before. In 1857, when it could buy more than a dime can today, the Mint discontinued the half-cent, which was the lowest-denominated currency at the time. The simplest reason is that, overall, the Mint continues to make money. The United States Mint is only obligated to spend less on manufacturing coins than it receives from the Federal Reserve and from other coin consumers such as collectors, speculators, and medal-issuing organizations, for manufacturing them. The sale of items like non-circulating coins and medals generates most of the Mint’s revenue, so there is little possibility of the overall manufacturing costs being greater than revenue. Another concern is that getting rid of the penny would increase reliance on the nickel, which is in a similar situation. An individual nickel also costs the Mint more to make than it’s worth, though officials seem far more hopeful for improvement. A former United States Mint Director, Philip Diehl was quoted in an interview stating that, “We have a better opportunity to change the composition of the nickel and make it profitable or close to profitable. The penny is beyond hope."

Companies Lobby to Keep the Penny

When a bill called the “Price Rounding Act” was introduced in November 1989, another reason came into being. The Price Rounding Act would require that all cash transactions be rounded to the nearest five cents to begin the phasing out of the penny. Jarden Zinc Products, the only company that supplies penny blanks to the Mint, funded the creation of a lobbying group specifically to oppose the new act. The lobbying group would be called Americans for Common Cents (A.C.C.), and would forward the idea that all cash transactions would be rounded up rather than down. According to Raymond E. Lombra, an economics professor enlisted by A.C.C. to make an academic case for keeping the penny, their elimination would “impose a significant and regressive rounding ‘tax’ on the American public.” Despite this “rounding tax” amounting to about two dollars per American annually, A.C.C. and Jarden defeated the Price Rounding Act. In 2001 and 2006, there would again be bills introduced that were like the Price Rounding Act, most notably the Legal Tender Modernization Act. Americans for Common Cents would defeat them both using both the rounding tax and Americans’ love for the penny. In 2001 Raymond Lombra would even publish a paper in the Eastern Economic Journal repeating his rounding tax argument, this time with bigger numbers.

The founding of Coinstar in 1991 would soon begin another effort to keep the penny. The green and white coin exchange machines of Coinstar charge their customers 10.9% of the amount of change received before returning it in cash. Instead of cash you can select  to get your change in the form of a gift card from one of their partners for no fee, but the selection is limited. About half of the coins that Coinstar processes are pennies, so the company has a considerable interest in keeping the penny alive. In 1998, the company began conducting an annual currency poll. Comprised of about 1,000 people, the poll always shows that American’s would prefer to keep the penny in the Mint, in circulation, in their piggybanks and in Coinstar machines. While the penny does cost more money to make in numerous ways, it seems that we are set on keeping it. Between nostalgia and the interests of A.C.C. and Coinstar, the United States seems unlikely to get rid of the one cent coin anytime soon – for love or money.
Posted in: Investing
By U.S. Gold Bureau
More from this author
Did you like this post?
0
0
Search The Blog
Categories
Recent Posts