Why Gold Has Reigned for Thousands of Years

Why Gold Has Reigned for Thousands of Years

People have been enchanted by gold for millennia for its beauty and innate value. Since it was discovered, people have wanted more and more access to it. They have even made practical use of it to keep it a part of their daily lives. It’s easy to see its appeal, but have you ever asked yourself why gold has remained the one of the world’s most sought after precious metal?

There isn’t a single answer to this pretty complicated question, but we do know a few very powerful ones.

Why is Gold So Popular? 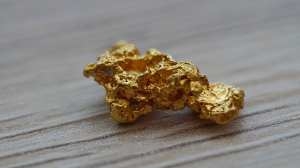 One of the major reasons why gold has been so intertwined with humans for thousands of years is because of its accessibility to everyone, no matter where they fall on the socio-economic scale. Take, for example, present day. Collectors and investors seek out gold bars and coins because, for relatively low price, they have something that will last forever. Along with that, the return of their investment only rises with time.

The third reason, and perhaps the most important reason why gold has stayed in favor is the inherent value that is contained in gold. Even before it was globally valued and sold at the same rate, civilizations knew and understood the value this precious metal had right away. It was highly sought after by everyone in society because they knew that, with gold, they could have true riches.

But, let’s go back to the beginning of gold and discover why our ancestors found this precious metal to be so fascinating and how that fascination became a worldwide obsession that is still seen today. Follow us as we do a brief look into gold’s extensive history to learn more about why it has reigned for thousands of years. 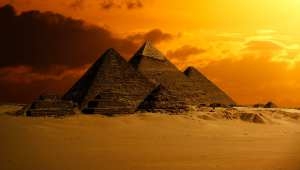 Gold has been a part of human history since even before history was invented. It is found all over the world, so it has been documented in almost every culture since the beginning of documentation. The earliest records show that flake gold was found in caves as early as the Paleolithic era, around 40,000 B.C.

From the first records of human civilization, gold has been alongside humans as either a currency, status symbol, investment item, or treasure to keep for a lifetime. The Egyptians were the first civilization to have firm records of their interactions with the precious metal. Gold had a huge place in their culture and everyday life. It was so important to the ancient Egyptians and, most notably, their pharaohs that the very top of the pyramids at Giza was made of solid gold.

Along with gold being the symbol status of the very elite in ancient Egypt, they also came up with a currency ratio for gold, which was the first time on record of this happening. They set a sort of gold standard, with gold being valued more than the silver that was being exchanged alongside it. They didn’t, however, actually, trade or barter it. The first documented case of gold being used as actual currency comes from records found in the Kingdom of Libya, around what is now present-day Turkey.

The Ancient Greeks viewed gold much of the same way as the Egyptians and Libyans. It was used to denote a symbol of status. Only the elite could afford to have gold for an unpractical use. But, along with that, it was used as a form of currency, so common people had exposure to gold and other precious metals.

Gold in the Americas

Let’s fast forward to how gold changed the Americas in more modern times. Once gold became the standard for currency and the marker of the elite, it was highly sought after. Since colonization was expanding rapidly, it was only a matter of time before powerful European countries sailed west to find more land, and gold, to cultivate. When they found the Americas, Europeans thought they hit the jackpot. 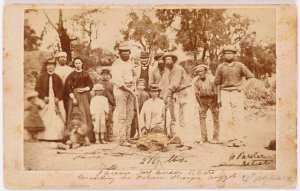 And they were right...eventually. In the 1800s, the Americas experienced a large surge in gold discovery. This made people from all over come to the rush sites to mine as much gold as possible and have the potential to become rich in the process. Because of gold that was found, America began to mint and produce new and unique coins, some of which are available to obtain today.

The 20th Century and Beyond

In the late 20th century and into the 21st, countries all over the world began to produce unique coins, many of them for collection purposes instead of for traditional currency. Many countries started to move away from the gold standard, America has done it in the 1970s. Even though these countries moved away from the gold standard, which could have made gold and other precious metals obsolete. But, many of the countries still maintain their gold reserves.

Since the 1970s, the price of gold has been steadily increasing because of its rising popularity in it becoming an investment item. People have invested in gold for thousands of years, but there was a boom in the 20th century that caused it to be a popular commodity. There have been highs and lows for the price of gold since its rise in popularity, but that hasn’t stopped investors and collectors from seeking it out and investing it.

What is the Future for Gold? 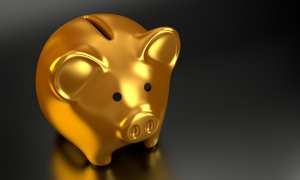 The future for gold is very difficult to pin down. Because it is a commodity, it’s uncertain how the market will tip. Many people have tried to predict what will happen, but the reality is that the market is too unpredictable. The best thing to remember, however, is that gold has been around for thousands of years, and it’s not likely to go out of favor anytime soon.