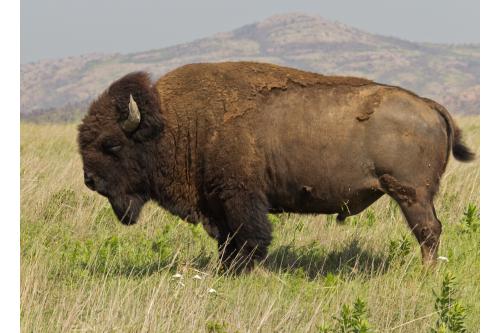 Misnaming species of animals or plants is not a new phenomenon so it should not come as a surprise that the U.S. government has perpetuated the misnaming of an animal for over a century.

The brontosaurus, contrary to what generations have been taught, and countless museums display, does not exist. Evidently, there was a rush to name dinosaurs by two prominent paleontologists in the late 19th century. The first paleontologist, Othniel C. Marsh, originally discovered a skeleton of a large, leaf-eating dinosaur, minus the head. Instead of continuing his search for the correct head, Marsh substituted the head of a different dinosaur and named it “Apatosaurus,” which is Greek for “deceptive lizard.”

Edward Cope was the main rival to Marsh in the paleontology world and discovered another large, leaf-eating dinosaur. Cope’s version was found with the head intact. Thinking he had discovered a new dinosaur, Cope named his discovery the Brontosaurus. The name stuck and now most of the world knows the Apatosaurus as the Brontosaurus.

A recent study by researchers at Oxford University and the Royal Botanic Garden Edinburgh revealed that up to 50% of the specimens in their collections are incorrectly named. Natural history museums often receive specimens without labels, leaving the experts to guess at determining the correct species of certain insects and plants. To compound the confusion, with today’s technology the incorrect name of the species can quickly spread to other museums around the world.

Incorrectly naming species is not a new problem or one reserved for dinosaurs. The early explorers of North America were not exempt from incorrectly labeling a newly discovered species. Sixty-million bison greeted those early explorers who promptly and inaccurately called them buffalo based on the resemblance of the two animals. Despite being wrongly named, the mammal formerly known as the bison has enjoyed a long, if not sometimes tragic existence in North America. By 1900 this was not as big of an issue because there were only 300 bison known to exist in North America. President Theodore Roosevelt formed the American Bison Society to save the endangered bison.

The mammal was featured on the nickel from 1913 to 1938, a coin commonly referred to as the “Buffalo Nickel,” essentially shunning the bison name, and cementing the word in the lexicon of every American. In 2006, the U.S. Mint began striking a gold coins with a similar design to the original Buffalo Nickel. Once again, the bison name was shunned for buffalo. The gold coin is referred to as the “American Buffalo Gold Coin” or the “Gold Buffalo.”

The U.S. government since 1913 has furthered the misconception that the mammal most people learn to call a buffalo is indeed a buffalo and not a bison. In fact, there are only two places where actual buffalo roam: Africa and South Asia. Differences between the bison and buffalo include bison having a hump, small and sharp horns, thick fur, and a thick beard. Actual buffaloes do not have a hump, have long, dull horns or medium, sharp horns, light fur, and are clean shaving.

The name buffalo has enjoyed all of the glory while bison has remained in the shadows. Buffalo Bill Cody, credited with killing thousands of bison, should have been nicknamed Bison Bill Cody, the city of Buffalo would be named Bison while their football team, who uses a bison for a logo, would be the Bison Bills. Maybe the most egregious abuse of this misnomer is buffalo wings not being referred to by their real name, the bison wing.

The fame undeservingly bestowed upon buffalo instead of bison is about to change-maybe. President Obama signed into law the National Bison Legacy Act, rightfully designating the bison as the official mammal of the United States. Good things happen in pairs and according to the U.S. Gold Bureau sales of the American “Bison” Gold Coin have increased since the act was signed into law.

Still not confused by the buffalo? How about this grammatically correct sentence: