What to Do if You Find Treasure 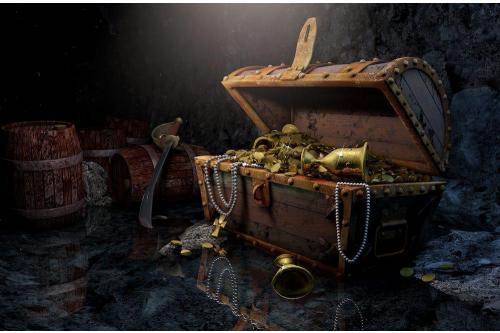 What to Do if You Find Treasure

As children, we all dreamed about it. We dreamed of clues, of maps, of vast shining hoards. We dreamed of treasure. For most of us, the closest we’ll ever come is finding a $20 bill on the ground, but even that elicits a moment of euphoria. Somewhere between the West Midlands in England and Wales, this childhood dream has come true. After receiving a century-old piano as a gift, its new owners took it to a local shop to be tuned and repaired. Upon opening the piano, it was discovered that within was a substantial hoard of gold. While the authorities are reviewing the nature of the find, we don’t have very many specifics about the items found in the piano. We do know that the “treasure” is significant enough to have caused an uproar among archaeologists and museum representatives when the current owners reported it to the Ludlow Museum Resource Centre. Museum officials are calling it a “stunning assemblage of material” and state that they “have never seen anything like that.” On January 12th, 2017, an inquest was opened to decide if this find can be classified as treasure or if an heir must be found. The inquest won’t be complete until March 2017. Why is this process so complicated, you ask? Well, despite the rarity of a find like this, the legislation does exist on the subject. In the case of our piano full of gold, “treasure” must meet the guidelines of England’s Treasure Act of 1996:

But enough about them! What about you? Are you already on your way to the backyard with your shovel? Are you reading this in the car on your way to the antique store? What happens if you beat the odds and find your own hidden treasure trove? Laws in the United States vary by state, but there are some general conclusions to be drawn:

If your find can’t be considered a treasure, you are legally required to take it to the police. It will go into their custody and be handled like any other case of lost property. However, if you’ve got a bonafide treasure trove you’re probably in luck. Most state courts, including those of Arkansas, Connecticut, Delaware, Georgia, Indiana, Iowa, Maine, Maryland, New York, Ohio, Oregon, and Wisconsin, have decided to stick to the tried and true “finders keepers” concept. If you found it (and it didn’t involve trespassing), you get to keep it! At this point, you may be sitting at your computer reminding yourself that you’re an adult. Reading the original news articles about a piano full of gold certainly sent a few of those thoughts bouncing around our heads.

Even if you’re not quite ready to buy an Indiana Jones hat and set out on a lifelong journey for treasure and adventure, you have numerous options. Would you like to keep your treasure hunting part-time and have some precious metals of your own to appreciate in value while you have your fun? Want to be the best mysterious relative ever and hide some treasure for your family to find one day in the future? Or do you simply wish to leave the treasure hunting in the storybooks and invest in one of the world’s most constant markets? Whatever your level of adventure, you’re in the right place. We’re happy to help you make an investment that makes the most sense for you, your family, and your lifestyle (Indiana Jones hat not included). Contact a Precious Metals Specialist at (800) 775-3504 for more information.

Posted in: Investing, History
By United States Gold Bureau
Did you like this post?
0
0
Search The Blog
Categories
Recent Posts