What is the FedNow Instant Payment System? Is it a CBDC Trojan Horse? 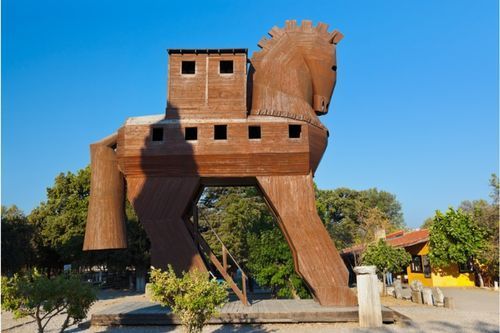 What is the FedNow Instant Payment System? Is it a CBDC Trojan Horse?

On August 29, 2022, the Federal Reserve issued a press release stating that the FedNow instant payment service begins full-scale testing in mid-2023. The target date is between May and July 2023. The most recent press release stated that more than 120 banking institutions are already committed to participating in the upcoming tests. Check the participating banks. The Federal Reserve has been developing the FedNow payment system since 2017. The Fed states, “it will be a safe and efficient instant payment infrastructure that will modernize the U.S. payment system." Funds will settle between institutions in real-time.

What is the FedNow Instant Payment System?

The FedNow service is a Fed-managed digital payment infrastructure for instant settlement. Many people already use private instant payment processors like PayPal, Zelle, Venmo, and Cash App. These processors are all intermediaries between the banks/credit cards and the end user. FedNow will make the Federal Reserve the intermediary in all transactions.

The explanatory video on the FedNow website uses an example of a coffee shop owner who ran out of coffee and needed to order an emergency shipment. The coffee supplier sent her an invoice, and she paid using FedNow. The Federal Reserve instantly verified the funds in her account and notified the coffee supplier that a payment was waiting. The coffee supplier accepts payment and can send a confirmation of receipt. The entire transaction happens within seconds. The difference between the FedNow and the private processors would be the Federal Reserve's extended reach and the government's visibility on all transactions.

Is It a Central Bank Digital Currency (CBDC)?

Not exactly, but FedNow is the Trojan Horse a CBDC will ride in. The FedNow payment system is the infrastructure necessary to release a CBDC. Before a CBDC could be issued or tested, a payment processor would need to be fully capable of handling millions of transactions every second. Processing transactions this way is what FedNow promises. The Fed stated that the initial release of the FedNow will focus on core clearing and settlement capabilities. Additional FedNow features will be released in phases.

On March 9, 2022, President Biden signed Executive Order 14607 committing the United States to the highest urgency to research and development a CBDC. The President ordered a vast multi-agency report about CBDCs. The report should include discussions of the future of money and payment systems, modernizations and changes to the payment systems, conditions that drive broad CBDC adoption, and technological innovations that may influence widespread adoption. The President wants reports on the almost identical language the Federal Reserve has been using to describe the FedNow service for the past few years. It is not a coincidence that the language is identical. The government is making it very clear that FedNow is part of the infrastructure of the coming CBDC.

What Does it All Mean?

People have different emotions, expectations, and understandings about the government's ability to view every transaction. Some say the only people with anything to fear are people engaging in bad behavior. There may be some truth there, but the IRS and FBI have increasingly become politicized and a tool against political opponents over the last few years. If the government has evidence of bad behavior, it should follow the Constitution and get a warrant.

Also, the Biden administration has secured $80B to increase the IRS' ability to perform audits, with more than $30B allocated to software to monitor every bank account. The administration claims that the wealthiest Americans are tax cheats and "not paying their fair share," even though the numbers tell a radically different story. The IRS is a department of the Treasury. The Treasury and Federal Reserve work closely together for fiscal and monetary policy. The Federal Reserve loans money to the government and is paid back via taxes. Private bankers want their money. The Federal Reserve is the reason we pay the income tax! Is it a stretch to suggest that a Federal Reserve payment processor is the type of software needed to analyze bank account cashflows and outflows for the "tax gap?"

We are watching the banking infrastructure come to life to know where and how all money is spent. FedNow is coming whether you want it to or not. At first, it will be innocuous and maybe even convenient. Still, it will quickly morph into a CBDC and a means of collecting taxing data. A digital currency differs from a physical currency, which offers privacy and freedom of choice. The limitations of digital currency depend only on the coder's skillset and morality. A digital currency could expire like a coupon code. It could be restricted from specific transactions, like firearms or information not approved by the administration. A CBDC could be restricted to certain geographic areas. The possibilities are frightening.

If you think FedNow is just a convenient payment service and not a Trojan Horse of the IRS, this article is not a good argument to buy gold. However, if you see the dangers of the Federal Reserve seeing every transaction in real-time, why not systematically get your wealth off their radar? Most people put about 5-20% of their wealth into precious metals. Still, those numbers may change drastically to the upside as more people realize what is happening. Holding physical gold gives privacy, protection and freedom to choose with whom to transact.

Do you want to wait to see if the Fed and IRS will play nice, or do you want to do something to protect your money now while that is still an option?