What are Central Bank Digital Currencies? 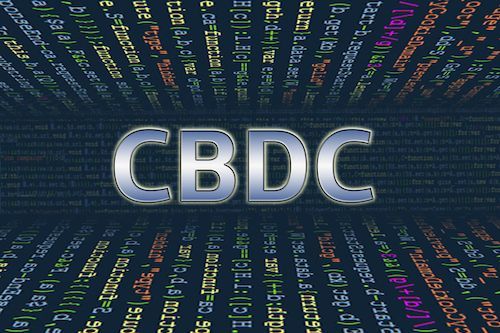 What are Central Bank Digital Currencies?

Most world central banks are developing Central Bank Digital Currencies (CBDC). The easiest way to understand a CBDC is that it is a digital version of fiat central bank-issued money. Different types of CBDC with varying privacy, accessibility and application characteristics are being developed. Still, generally, the term refers to an electronic store of value, medium of exchange, and unit of account.

A CBDC would be a new method of payment for most people but not new for banks. Individuals and businesses use the physical form of currency. Central banks don't ship physical cash to member banks for loans. Instead, central banks send digital credits to the member banks. Transfers of this type are called wholesale CBDC. When CBDC becomes a widespread reality for consumers and businesses, it will be called a retail CBDC.

Over 100 countries are currently working on building their CBDCs, and at least eight countries have already implemented their CBDC. On March 9, 2022, President Biden signed Executive Order 14067 committing the U.S. to the highest urgency to research and develop a CBDC. The executive order, Section 3(i), states, “Sovereign money is at the core of a well-functioning financial system, macroeconomic stabilization policies, and economic growth. My Administration places the highest urgency on research and development efforts into the potential design and deployment options of a United States CBDC.” The executive order calls for a multi-agency report to the President within 180 days of the order. September 9, 2022, will be 180 days from the order. The report will include the following and more:

·     Implications for the U.S. financial system

·     Modernizations and changes to the payment systems

·     Changes to legislation needed to implement a CBDC

·     Ways in which foreign CBDC could displace existing currencies and alter the payment   systems or undermine U.S. financial centrality

According to the President’s words about sovereign money, private cryptocurrencies like Bitcoin or Ethereum threaten a well-functioning financial system. If a government cannot control its money and payments, it is impossible to collect taxes. Without taxing authority, the government cannot build roads, pass expensive legislation, fund the military, or vote themselves pay raises. Also, fiscal and monetary policy has little effect when alternative economies are outside policymakers' control.

President Biden is correct that sovereign money is at the core of a well-functioning financial system. Still, it is ironic that the "sovereign" money coming from the private bankers at the Federal Reserve is about as federal as Federal Express.

Article I, Section 8, Clause 5 of the Constitution of the United States says, “The Congress shall have power…to coin money, regulate the value thereof, and of foreign coin, and fix the standard of weights and measures”. Although modern interpretation says they can give this right to private bankers, the clause does not afford the creation of a privatized central bank. The U.S. has not had sovereign money since 1913 with the creation of the Federal Reserve.

The development of a CBDC is about one thing: sovereign control. Why is the government interested in sovereign control of the money supply? Is it they are simply megalomaniacs? Maybe. As cathartic as that was to write, it probably has more to do with an old philosophy. Mayer Amschel Rothschild (1744-1812) said, “Permit me to issue and control the money of a nation, and I care not who makes its laws.”

A more modern version of the same idea is called the "golden rule ."Whoever has the gold makes the rules.

Why not take back some liberty with physical gold before we all live in a digital prison?

Call for your free consultation.