When Trillions Become Zero, It Is Best to Own Gold 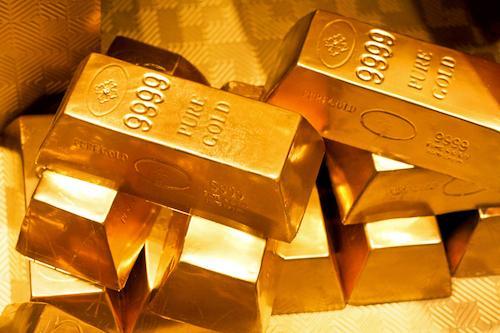 When Trillions Become Zero, It Is Best to Own Gold

During Friday’s Metals Minute broadcast, we mentioned a new financial system beginning to emerge between members of the BRIC nations (Brazil, Russia, India, China) and others, which has the potential to reduce trillions of dollars worth of American assets to zero, by simply ignoring dollar-denominated debts and obligations created over the last several years. Nations and entities would be welcome to become part of the new system without honoring the financial commitments they made in the current system. This would be similar to taking out a whole second mortgage on your house with a different bank without paying off the first mortgage at your existing bank. Americans currently own many “first mortgages” in bonds, mutual funds, and other securities tied to foreign companies and countries. If those nations decide to abandon these instruments while transitioning to the new system emerging, precious metals become “as good as gold” compared to other assets going to zero.

It is usually impossible within an existing financial framework to walk away from one bank while courting another, as laws require the first mortgagee to be paid off first. But when an alternative financial framework such as we discuss today becomes an option, there is little to stop a nation or entity from walking away from existing obligations. This is a type of “counterparty risk”, whereby the value of a loaned asset is derived from the willingness of the borrower to pay for the asset. Physical gold, silver, platinum, and palladium are assets that have no counterparty risk when owned and held outside the banking system. In a world where entire nations are forced/encouraged to walk away from existing financial obligations, reducing counterparty risk is essential for creating financial security for ourselves and our families.

One of the creators of the new financial system being developed is Sergey Glazyev, whose current role includes being the Minister in Charge of Integration and Macroeconomics of the Eurasian Economic Commission. You are not alone if you haven’t heard of Sergey or the Eurasian Economic Commission. Few Americans have heard of either one. But that is changing rapidly in light of the current financial conflict between Russia and the West. To provide some insight as to Sergey’s perspective as an architect of the new framework development, consider this quote from February 25, 2022:

“US sanctions are the agony of the outgoing imperial world order based on the use of force. To minimize the dangers associated, it is necessary to accelerate the formation of a new — integrated - world economic order that restores international law, national sovereignty, equality of countries, diversity of national economic models, and the principles of mutually beneficial and voluntary international economic cooperation.” - Sergey Glazyev, “Sanctions and Sovereignty.”

In a recent interview on April 14, Sergey identified 3 phases of transition to the new financial order. Ironically, the actions of the West to freeze $400 billion worth of Russian financial reserves are helping to propel the transition from phase 1 into phase 2. Sergey says many are now skeptical of accumulating and holding financial reserves in dollars (US), euros (EU), pounds (GB), or yen (JPN). Phase 2 involves reckoning transactions in local currencies and in mutually agreed upon baskets of currencies and other natural resources such as gold, without reference to dollars. He identifies nations in the “Global South” (see a red area of the related map) as prime candidates to join the BRIC nations, Turkey, and various Eastern European nations to establish the new system. The 3rd and final phase includes establishing a digital currency to reckon transactions between the nations in a “fair and transparent way.”

Systematic defaulting on American, British, European, or Japanese obligations is expected during the transition, according to Mr. Glazyev, as a justified response to “…trillions of dollars of reserves stolen from nations such as Iraq, Iran, Afghanistan, Venezuela, and Russia, among others.” I am repeating this information today not because I agree with the narrative but because this is the philosophy of those we oppose in the current conflict. As they say, keep your friends close and your enemies closer. To protect ourselves from whatever may transpire, we have to be aware of the goals of those opposed to the dollar-based system that every American lives in today. As we view with trepidation what it might be like to live in a non-dollar-centric world, others look with anticipation at what it might be like to live in a non-sanctioned financial system.

We began seeing the potential impacts of a local currency/resource-based trading system when Russia began demanding Ruble payments for natural gas. Natural gas has spiked to record highs in Western currencies, while the Ruble has recovered the value lost when sanctioning began. We are watching in real-time as natural resources move higher about fiat currencies, including in the United States. We have already seen record prices in 2022 for natural gas, gasoline, diesel fuel, various agricultural products, and miscellaneous (non-precious) metals. Another way to view this is that fiat currencies have depreciated concerning these various products and resources, requiring more fiat to purchase the same amount as a year ago.

Other Assets vs Precious Metals

At the beginning of this year, the COLA for social security and veterans benefits was raised to the highest level in 40 years to help the public cope with higher-than-normal inflation levels. Unfortunately, price increases so far in 2022 have increased beyond the 5.9% COLA, reaching 8.5% by the end of March. As the above-referenced article indicates, the performance of gold and silver has done a better job of protecting purchasing power than the compounded COLA increases over time. So far this year, it is no exception. With official inflation levels at 8.5% here in the United States, gold was up 9.5% and silver up 12% YTD as of Monday. While prices can fluctuate daily, this matches the long-term performance tendency of precious metals to outpace the effects of inflation over time. Owning precious metals remains one of the best ways to protect our purchasing power from inflation, stagflation, and economic conflict between the existing and emerging world financial order of things.