Despite the recent downturn in gold, if you had bought some of the precious metal at the beginning of 2016, you would have made money on your investment. Starting in January, gold was $1063 per ounce. In May, gold reached $1300 per ounce and later in the summer, gold had ideas of going to $1400, then topped out at just over $1366.

It was predicted that electing Trump would cause the price of gold to approach $2000 per ounce. Trump was elected and gold has actually been slumping since the November election. This has been a turbulent year for the precious metal. 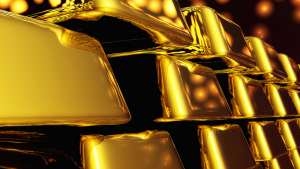 Investors either currently owning gold or those contemplating buying gold for the new year would like to know where gold is headed next. Here are four reasons why gold could shine in 2017.

President Trump is expected to be a pro-business, anti-regulation president. This has convinced investors that increased economic growth is imminent, but the dramatic steps to stimulate economic growth that are expected during Trump’s first term will likely add to the U.S. debt. Savvy investors understand the value of gold. It is largely an investment in the failure of monetary policy and the decreasing value of paper currencies. The national debt of the United States is quickly approaching $20 trillion and reflects the historic debt levels facing other countries. Central banks, in attempt to create inflation, are printing money whose value is based on nothing. As the amount of money in circulation increases, each dollar becomes worth less.

Trump has proposed tax cuts and an increase in infrastructure spending. This will result in a larger deficit for the federal budget. Last year alone, the deficit increased over $1 trillion. Increasing the deficit in an attempt to stimulate growth does not address the growing debt crisis of our country but is likely to increase inflation. Gold is a traditional hedge against inflation and should prosper in 2017.

How long can the U.S. dollar stay on a 14-year high? The old adage is that everything goes up must come down and the strength of the dollar is no exception. 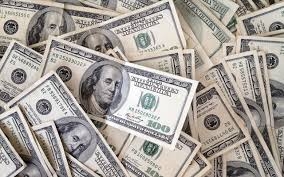 A major campaign promise for Trump was to increase U.S. manufacturing and decrease our reliance on goods made in foreign countries, especially China. A strong dollar works against this campaign promise by making U.S. exports more expensive for foreign countries and taking away the inexpensive goods Americans are accustomed to buying. The strength of the dollar is making these goods even cheaper now. Currently about 12% of all goods bought by U.S. consumers are imported from China.

Gold Production is Going Down

Gold is becoming more difficult for miners to find. Mark Brisow the CEO of Randgold believes that “gold supply into the future is under enormous pressure.” Spending on gold exploration has fallen dramatically from $10 billion in 2012 to less than $4 billion in 2016. Kevin Dushnisky of Barrick Gold believes the decrease in gold production is due to a lack of discoveries and extended project timelines — both reasons to be bullish on gold for the long-term, according to Dushnisky. Vitaly Nesis, CEO of Polymetal, has publicly stated that he thinks gold supply will “drop by 15 to 20 percent over the next three to four years.”

The low prices of gold have forced miners to reconsider projects that were once thought to be economically feasible. Miners are also witnessing declining grades on their gold reserves. Since 2005 grades of gold which measures the proportion of gold found in the ore of a mine has decreased by 50 percent.

Contrary to what most believed and many analysts wrote about, the stock market has gone up to record levels after Trump’s election. This is in stark contrast to the crash many had forecasted. The bull market will not last forever and at some point in the not so distant future stocks will correct themselves and it could be a significant correction. 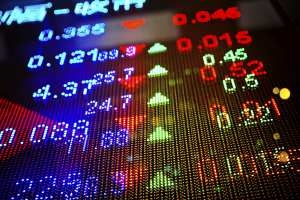 President Trump believes because of the Federal Reserve’s low interest rate policy that the stock market is in a “big, fat, ugly bubble.” He is not alone in his assessment. Billionaire investor Carl Icahn warned of impending danger and that we were in a bubble. Former hedge fund manager Stanley Druckenmiller, real estate mogul Sam Zell, and Jeffrey Gundlach of DoubleLine Capital believe that investments have been massively distorted by Fed intervention.

Others believe that a recession during the next four years is inevitable. The economy has experienced seven years of a bull market but economies run in boom and bust cycles. The average post-war economic expansion lasts just under 5 years, meaning that we are two years past due for a bust. No post-war expansion has lasted over 10 years so it is highly unlikely that our current expansion will last nearly 12 years. Regardless of politics, our economy is past due for a recession—and that should be good for gold.