The Shift to Precious Metals 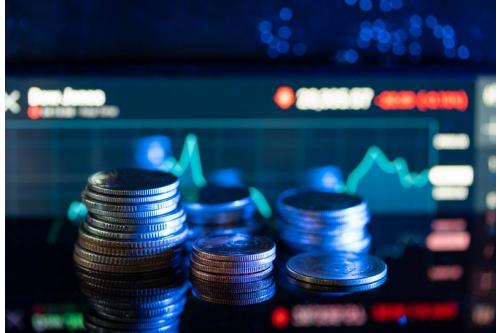 The Shift to Precious Metals

Rarely before have stock prices been this disconnected from financial reality. It can be both scary and comical at the same time (if that’s possible), depending on where you stand. We have certainly seen imbalances before, and near implosions, as market rivals have squared off in the marketplace. But today, we see small, relatively inexperienced investors (think GameStop) banding together to wreak havoc on some of the most experienced players on Wall Street. When professional hedge fund managers are forced into bankruptcy, it doesn’t bode well for average Americans who rarely view their 401k statements. Between the stratospheric levels of stocks relative to earnings, and the level of manipulation tolerated by Wall Street, many are turning to the general stability and opportunity found in the precious metals sector for future growth.

Caution Warranted in the S&P 500

We could begin by considering one of the most iconic and well-known market indexes in America today - the S&P 500 Index. Most, if not all, employers will offer some version of this index as an investment choice available in their retirement plan programs. The daily performance of the index is reported on the evening news, and it is considered a popular barometer for the market as a whole. Within the last month, as Tesla was being added to the S&P 500 Index, House Speaker Nancy Pelosi or her husband, who runs an investment firm, made a significant investment in the electric car maker. That investment is currently up 60% in the past month, with legislation to transition the government vehicle fleet to electric currently pending. If all goes well for Tesla, it could be a boon for every American who uses the S&P 500 Index in their retirement portfolio. But the risks are high when the numbers are examined more closely.

The market value of Tesla recently surpassed that of Ford, GM, Fiat Chrysler, and Toyota combined. The revenues of Tesla are smaller, however, than any one of those companies by itself. Those purchasing Tesla stock are paying a price, which suggests the company is worth $1.4 million for every car sold. While much money has been made by speculators who have driven the price of this stock to dizzying heights, my concern is that average Americans will be left holding the bag as the stock deflates back to reality. How better to spread out that risk than by entering the stock into a major index like the S&P? Every week, Americans are now purchasing Tesla stock, whether they realize it or not, through their retirement contributions at work. One thing this does is provide a steady stream of buyers on which to offload these overpriced shares.

The danger with a stock like Tesla is that when a market leader reaches a major high, there is a 50% chance the stock will drop by 80%, and an 80% chance it will drop by at least 50%. The average drop is 70%, and it can be a long time (16 years for Cisco Systems) for a stock to recover, if ever. For someone nearing retirement, this could wreak havoc on an income stream that may never recover. If someone is committed to pursuing market gains in retirement, there are safeguards that should be employed to protect principal, such as those discussed in The 7.0% Solution book. Using a combination of insured indexes and precious metals can help protect both your future income and purchasing power from eroding too quickly. This, in turn, may allow you to enjoy a long retirement with income security.

Recently, there have been hedge funds managing billions of dollars nearing bankruptcy because they were outwitted by investing amateurs coordinating their trades via social media. The GameStop strategy has been applied to several stocks that were being heavily shorted by major Wall Street firms. Trading in symbols such as GME, AMC, VIX, and BB, among others, these assumed novices have cost Wall Street firms billions of dollars in losses. The final straw came today, when they began targeting silver mining, seeking to end the reign of those manipulating the price of silver for their own gain. When silver was announced as the latest target, the social media accounts of the investors were removed from public view, and the trading of some of the targeted stocks has been halted on platforms they use. As of this morning, these measures haven’t stopped the group from rallying some silver mining shares by 40%, as evidenced by the 4% uptick in the price of the precious metal by 8 AM. Time will tell if the “Wall Street Bets” phenomenon will continue after the individual traders behind the phenomenon have lost their social media gathering place; so far, their movement looks to be intact.

But the concern about stocks goes beyond individual names such as Tesla or GameStop. The entire market seems poised for a correction, if history is any guide. For example, margin debt, or loans taken out to purchase stock, has soared 62% in the last nine months. A similar increase in margin debt has happened four times previously. In 1973, the margin debt increase prefaced a 50% correction in stock prices. In 1983, it prefaced a 14% decline. And the bear markets beginning in 2000 and 2007 happened after margin debt rose to levels similar to today (see chart below). It is likely we will see something similar happen this time, as well.

The question at this point is, why take the risk? Why risk losing 30-40% in a market trying to eke out an additional 5-10%? Especially when there is a viable alternative that is poised to go higher, from a base level of support that has been climbing, as well. Some analysts, myself included, believe that we have already seen, or are near, the lows for gold and silver prices in 2021. Many analysts, such as 45-year market veteran Michael Oliver, see parallels between where we are now and the last two major bull markets for gold. Oliver believes we will see prices per ounce of $8,000 for gold and $200 for silver in two to three years. Oliver is in line with others, such as Jim Rickards, who believe gold will reach $10,000-$15,000 per ounce in a similar time frame. If we really wanted to go out on a limb, we could quote famed mining executive Jim Sinclair, calling for $50,000 per ounce gold prices.

While some of these numbers may seem outlandish, a more down-to-earth look at gold’s performance over the last 15 years reveals consistent and dependable performance that ended the year higher 80% of the time. When there are more stock market veterans recommending caution than throwing caution to the wind, and an alternative asset like gold is enjoying an 80% probability of success, the choice seems clear. And with the new industrial demands we’re seeing for electric automobiles and solar panels, silver is also a good place to stash some investment capital today. It can be as easy as picking up the phone.

Posted in: Investing, Silver, Gold, Market Alerts
By Bill Stack
More from this author
Did you like this post?
0
0
Search The Blog
Categories
Recent Posts