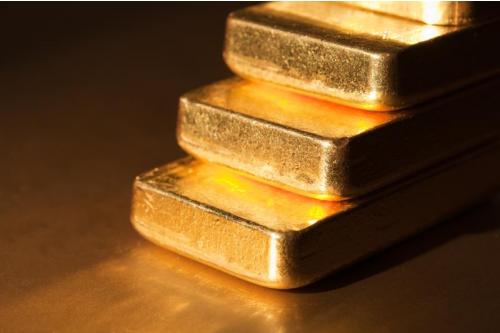 In the early 1930s, the economy and many Americans were suffering. The American president at the time, Franklin Delano Roosevelt (FDR), felt the need to increase the amount of currency in circulation. There seemed to be few ways to do that without more gold or a higher gold price. In the end, FDR got all three - more gold in official coffers, a higher gold price, and more currency in circulation. With the Gold Reserve Act of 1934, it became illegal for the public to own many forms of gold. Much of this gold was purchased from the public by the federal government for $20.67 per ounce. FDR then began to increase the conversion rate to $35 per ounce. Not only did the quantity of gold increase, but the nominal value of those holdings also increased.

With paper currency issuance requiring a 40% gold backing at the time, the ability to fund “New Deal” programs was significantly increased. There is a similar call today for increased governmental spending to support a suffering populace and economy, which may lead to similar results, but in reverse order. During FDR’s time in office, the gold price influenced the amount of currency created. Conversely, since President Nixon “temporarily” closed the gold exchange window in August of 1971, the amount of currency created has influenced the gold price. While an official conversion rate for gold backing the dollar ended in 1971, an unofficial exchange rate has floated since. As you can see from the graph, the price of gold has moved in loose tandem with an increasing money supply, up from $35 an ounce to $1,850 today. Viewed differently, $1,000 in 1971 would purchase nearly 28 ounces of gold. Today, it will purchase about half of an ounce.

If we take a look at the policies of the incoming administration, there seems to be a call from every quarter to increase the amount of currency in circulation. A cacophony of voices from the Federal Reserve, the Treasury Department, incoming chairman of the Senate Budget Committee Bernie Sanders, his economic advisor Stephanie Kelton, and even President Joe Biden himself, are all calling for more money creation to support the economy. Treasury Secretary nominee Janet Yellen, when surveying the economic landscape and asked about increasing stimulus spending, said on Monday “...right now, with interest rates at historic lows, the smartest thing we can do is act big.” Considering we have just witnessed the largest annual money supply increase in American history, it would seem we have been “acting big” already. Nevertheless, it would behoove us to look at what types of projects might be funded by the new administration.

First up is the extra $1,400 COVID-19 stimulus payment coming soon to a mailbox or bank account near you – given that the proposal is passed by Congress. This would bring to $2,000 the total amount of the direct payments this round going out to American citizens who have already filed their 2019 income taxes, and who meet certain income guidelines. While not enough to clear six to eight months’ worth of late bills, it would likely lead to a boost in short-term spending. A moratorium on evictions for those unable to pay rent will likely be extended, with the added government expense of paying rent to landlords who have been unable to collect. This would help provide relief to property owners who have been on the hook for mortgage payments, while their tenants paid no rent. A $400-per-week federal unemployment insurance supplement is also on the table, to help those unable to work due to lock down conditions or other business fallout around the nation.

$170 billion has been proposed for efforts to open up schools that closed due to the pandemic. A portion of these funds would help colleges transition to distance learning. The federal minimum wage would more than double, to $15 per hour. This proposal would have mixed benefits, supplying more income to those working, but reducing the number of hours worked for many, as employers try to limit costs. The minimum wage has been increased numerous times but has never proven to be a permanent solution. Perhaps a better idea is to return to sound money, when the value of a dollar can be preserved over time. The increased cost to employers from COVID-related revenue impacts is likely to be passed on to customers, in the form of higher prices for goods and services. A generalized inflation is the likely result.

In the plan’s proposed form, much of the funds created to stimulate the economy would be provided to cities and states.  $440 billion of the $1.9 trillion package would be given to states and municipalities to help them replace revenues curtailed due to a lack of sales tax collected while businesses have been shut down.  An expanded childcare tax credit would provide many families with small children an additional $4,000-$8,000, with the credit becoming “refundable”.  A refundable tax credit allows for a cash refund even if the parents did not earn enough income to owe the tax to begin with.  There are additional provisions, such as expanded paid family leave, expanded vaccination programs, and more, but you get the idea.

The $1.9 trillion figure is in addition to the $2 trillion package passed back in March and the $900 billion program passed in December.  By way of comparison, the “American Recovery and Reinvestment Act” passed in 2009 to help the nation recover from the “Great Financial Crisis” was only $800 billion.  Keep in mind, these funds are in addition to the normal deficit spending in any given year to operate ongoing programs.

While many Americans are focused on the latest stimulus package and what it might mean to them in the short run, precious metals investors can be encouraged by what it likely means in the long run.  Historically, an expansion of currency creation has helped propel gold and silver values higher (see chart above).  There is nothing to suggest that this time will be any different.  So, if you are one of those Americans who has been less affected by pandemic-related work stoppages, you have a double opportunity.  A good idea for any stimulus benefits you receive might be to spend some in support of a local business in your area and use the rest to purchase some gold or silver.  As inflation begins to claw back the purchasing power of your other savings, owning precious metals can help you maintain your lifestyle in the years ahead.