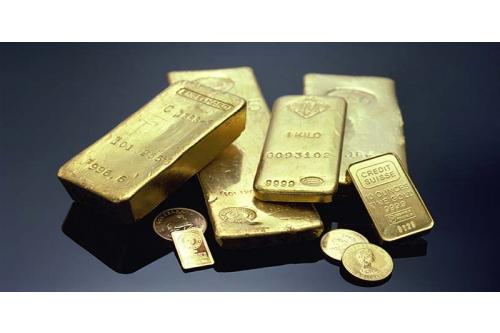 For years the term "Texas gold" has typically referred to oil, the black sludge that originally brought fortune to the state and many of its residents. But if Texas lawmakers have their way, it may soon come to mean precious bullion itself in the modern age.

Based on a bill introduced by in the Texas legislator, the Lone Star State is seeking the authority to create its own public and private gold depository, reported The Daily Ticker on Yahoo Finance.

Known as the Texas Bullion Depository, the proposed facility would change current laws and allow the state and its citizens to store gold bullion in a private facility, with the full protection of the state.

Jim Rickards of Tangent Capital Partners and author of the bestseller Currency Wars said, “Personally I think this is a game-changer in the way the world and institutional investors are going to look at gold.”

The legislation is not law yet and needs to be voted upon before it can pass.

“It allows large Texas pension funds to invest in physical bullion, which they are not allowed to do right now,” Rickards told The Daily Ticker. "For example, the Texas Teachers Retirement System, one of the largest pension funds in the world, they’re interested in gold but they can only do paper gold, Comex futures, things like that. They’re not permitted by law to own the physical gold. They would like to own the physical gold, because it’s a better way to own it. You don’t have the exchange risks, and you don’t have various other regulatory risks.”

The proposed legislation would change the law, to allow large pension funds in Texas to buy physical gold. It would also create a central Texas storage facility to hold this gold. If passed, the proposal states that over time the Texas Bullion Depository would accept private deposits as well.

If passed, the Texas bill would buoy the state’s 10th amendment power. If the current administration or any future presidential administration tried to mandate that citizens turn over their gold, as President Franklin D. Roosevelt did in 1933, the new legislation would allow Texas to refuse.

“You’ve got the state of Texas standing up for you if the federal government tries to do what they tried to do in 1933,” said Rickards, “ which is take the people’s gold."

The move has caused some to raise their eyebrows and ask once again if Texas is eyeing secession from the union down the line.

However, it’s not the only state looking to shore up its resources based on precious metals.

Gold is considered a hedge against inflation. And while inflation is currently low in the U.S. right now by official figures, Rickards doesn’t expect that to remain the case, projecting an uptick to come later this year or early next year.

If people were to lose faith in the dollar, Rickards concedes Texas could have the foundation for its own currency, of sorts.